This is the story of a little mouse that roared: a start-up, that stood-up to the fat cats of rip-off rail travel. This is a tale smart ‘design thinking’ driven technology underpinned by human understanding that outwitted the big money. This is the story of how Citizen used insights to take Trainpal from zero to hero with tens of thousands of customers in only a month, and grow it exponentially with 150% month on month growth of its user base after launch.

But let’s back the train up for a few paragraphs. Let’s travel back in time to October 2018.

In China the country’s biggest online travel company Ctrip wants to get a foothold in the UK to expand globally. So it calls on the services of a dragon.

More accurately, a baby dragon; that’s what they call their internal entrepreneurs. Amy Wei, a brilliant rail travel product manager, steps forward and offers to build a mobile-first train ticketing app that works anywhere in the world, starting with the UK.

Unfortunately for Amy, Britain has the world’s most complicated ticketing system, as well as the most disgruntled rail travellers. But as our insighting would show, the killer app for pain is a painkiller. And that’s where Citizen comes in.

What the client wanted

In the UK, Citizen could help Ctrip tweak the app to the market need. Ctrip had the tech, we had the human insight to advise on how to match the tech solution to the consumer need. Just one problem: The Trainline and rail operators have been in the rail ticketing business for a decade and have the market locked down - with massive budgets to boot.

Despite being a 800lb dragon, Ctrip smartly gives its baby dragons modest investment. It's a 'lean startup' approach. To launch a new brand from an unknown parent company, we had a small budget. There was no other marketing spend. But at Citizen, our secret sauce is in our name: we obsess over what citizens need from brands. We knew, insight-driven, test-and-learn tech could out-power money.

Our objectives were to:

Ctrip understands Chinese customers, but its Trainpal app (at the time it had soft launched) wasn’t getting traction with UK ones. So we wanted insights that could help us tweak the tech to turn consumer apathy into obsession. To do this, we applied ‘design thinking’ to PR.

We first analysed the rail market to spot on opportunity in leisure travel (38% of UK rail trips); there was no opportunity with commuting tickets. We honed in on mobile-savvy Millennials and found they used trains for city breaks, sport events, gigs and shopping.

Using a digital tool we built in-house for social listening, Brand Aid, we found that leisure travellers and non-commuting business travellers are frustrated by confusing pricing and feel ripped off. They want simpler pricing, and better value.

No wonder. We analysed research from KPMG to find that the majority – two thirds - of UK rail customers think they bought the wrong train ticket over the past 12 months.

Frankly this is weird, so we commissioned research from YouGov to find out why. This told us that people just buy the first ticket that comes up due to confusion. No wonder: there are more than 55 million types of train fare available in our country.

Next, we analysed competitor communications to find how ticket providers like The Trainline and Virgin Rail addressed this painful situation. In short, they made it worse. Instead of helping travellers find the best prices, they campaigned to increase the perceived value of rail travel. But neglecting their needs made rail travellers angry.

Indeed our research with Brand Aid and Heliosight revealed that 78.6% of conversations about The Trainline were dominated by anger. Sentiment towards the brand online was predominantly negative (31% negative versus 13% positive). Surely we could create a positive conversation about rail travel simply by listening to consumers and giving them what they wanted?

To summarise our insights, we knew our target audience felt:

Helping Trainpal adapt to be the killer app

To win, we wanted Trainpal to:

We advised them to position what (they thought were) weaknesses as strengths. We positioned lack of whizzy features and functionality as a win, just like the original Google search: minimal, but deceptively clever and effective and designed to get you the right ticket for the best price without fuss.

The client used this guidance to adapt the product. We fed back daily, ahead of launch, working with the software development team in Shanghai to ensure the product matched the strategic imperatives for re-launch.

The most important element of the strategy is offering the best prices through a cunning hack called split ticketing. Remember those 50 million different fares we talked about? We knew Trainpal could design an algorithm to find the cheapest fares by finding ‘split tickets’ (instead of one ticket per journey, buy several to take advantage of off peak stages of the journey) to save money.

As our imperatives demanded, simplicity was key: Trainpal had to offer this at the touch of a button. Some specialised websites did this, but they made the process too complicated and too niche-user. No mass usage apps had the function. Trainpal then wrote a split ticket search algothrim, and integrated it simply, without the user having to press or tick anything. This allowed us to re-launch the brand with this cool tool to save between 37%-90% on train tickets. We could guarantee consumers the best prices.

Finding what the client wanted with creative PR storytelling

With our strategy in place, we used ‘split ticketing’ as the byword for Trainpal’s innovative simplicity and money-saving powers. Calling our campaign ‘Split Ticket’s the Difference’, we developed a series of earned media assets to deliver the message.

Amy’s Explainers. We took the baby dragon herself, Trainpal lead Amy Wei, on the road to explain the unique technology to a corporate audience to build trade credibility.

Tickety Split – Innovation launch story. Seeking the biggest splash with the smallest budget, we developed a story for national TV lifestyle programming based on the app’s unique split ticketing feature.

The Great Train Robbery – and other rip-offs. We repackaged our YouGov research for national and regional media and launched it with case studies of Trainpal money savers, as well as partnering with high profile, independent money saving influencer, Jasmine Birtles who willingly recommended the product.

The Great Train Robbery – and other rip-offs story went large on broadcast too. Independent expert, Jasmine Birtles, was in high demand, and worked with us on 18 interviews on TV including Sky News, and radio, including Sky News radio and local BBC stations.

An explosion of new customer growth

A key objective was to drive new customers (downloads). Having soft launched in February 2018, Citizen started work in August 2018 when Trainpal had 150 downloads, about 30 per month. One month later, our Gadget Show placement exploded downloads, with more than 13,000 new downloads in 24 hours, almost 100 times the existing base. Growth snowballed exponentially, with the new base growing 152 times month on month.

To put that commercial impact in perspective, in a matter of months, Citizen helped Trainpal overtake Virgin Train’s 100,000 users which had taken eight years to build. The category leader, big spending The Trainline, took 10 years to acquire 1 million users. On barely a fraction of that budget, at the growth rate from Citizen’s campaign, Trainpal will surpass The Trainline in less than a year.

Ctrip’s analysis shows that 70 per cent of its shoppers have tried split ticketing, saving an average of about 40 per cent per purchase on UK rail ticket fares. So our stories, influencers and channels were effective at not only driving awareness of this USP, but also delivering the message.

18 months later, the incumbents, like The Trainline and Virgin Trains pivoted from their strategies to copy ours: they launched their own version of split ticketing.

A massive boost in advocacy and trust

With the success of Citizen’s UK PR campaign, Ctrip has signed deals with national rail operators in Korea and Germany to launch Trainpal in those countries.

The baby dragon finds her wings

Following the success of the campaign, our client and the product's genius mastermind Amy Wei, was promoted from Trainpal’s General Manager to CEO, International Train Ticketing at Ctrip, to oversee the app’s global expansion.

This is the story of a little mouse that roared: a start-up that stood-up to the fat cats of rip-off travel. This is a tale of how smart ‘design thinking’ tech innovation with smart human understanding outwitted the big money to disrupt the market and grow 152% month on month. 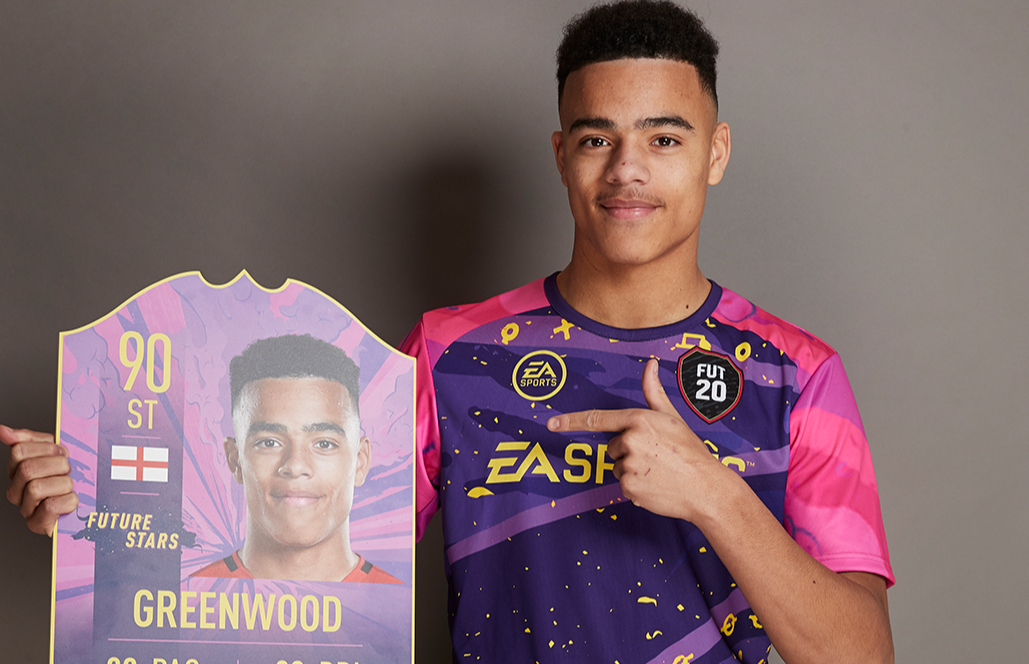 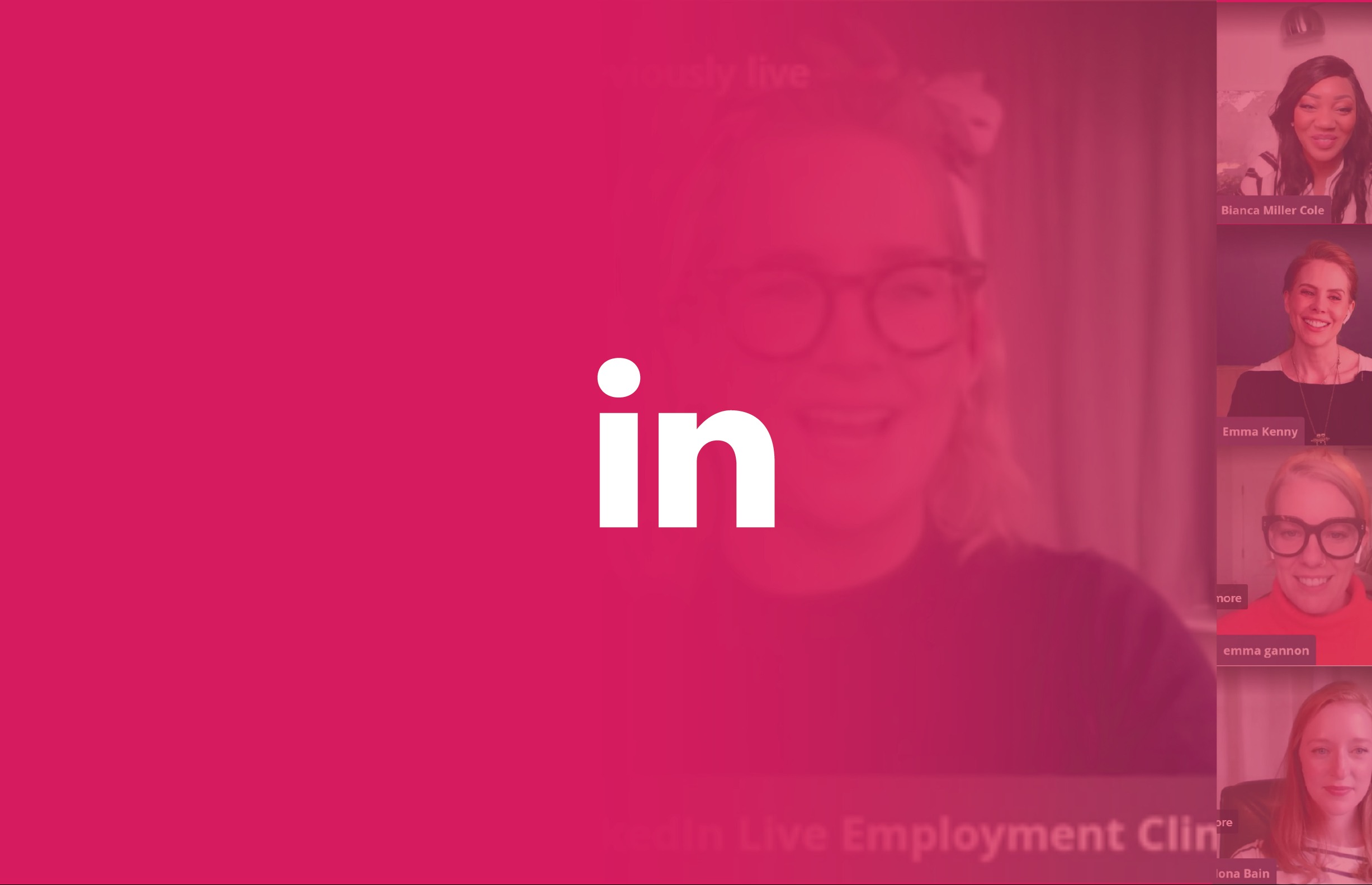 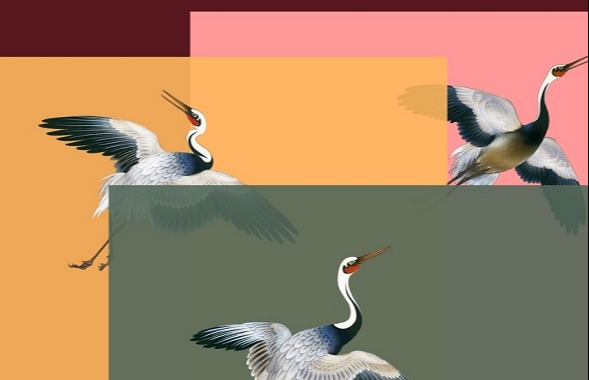 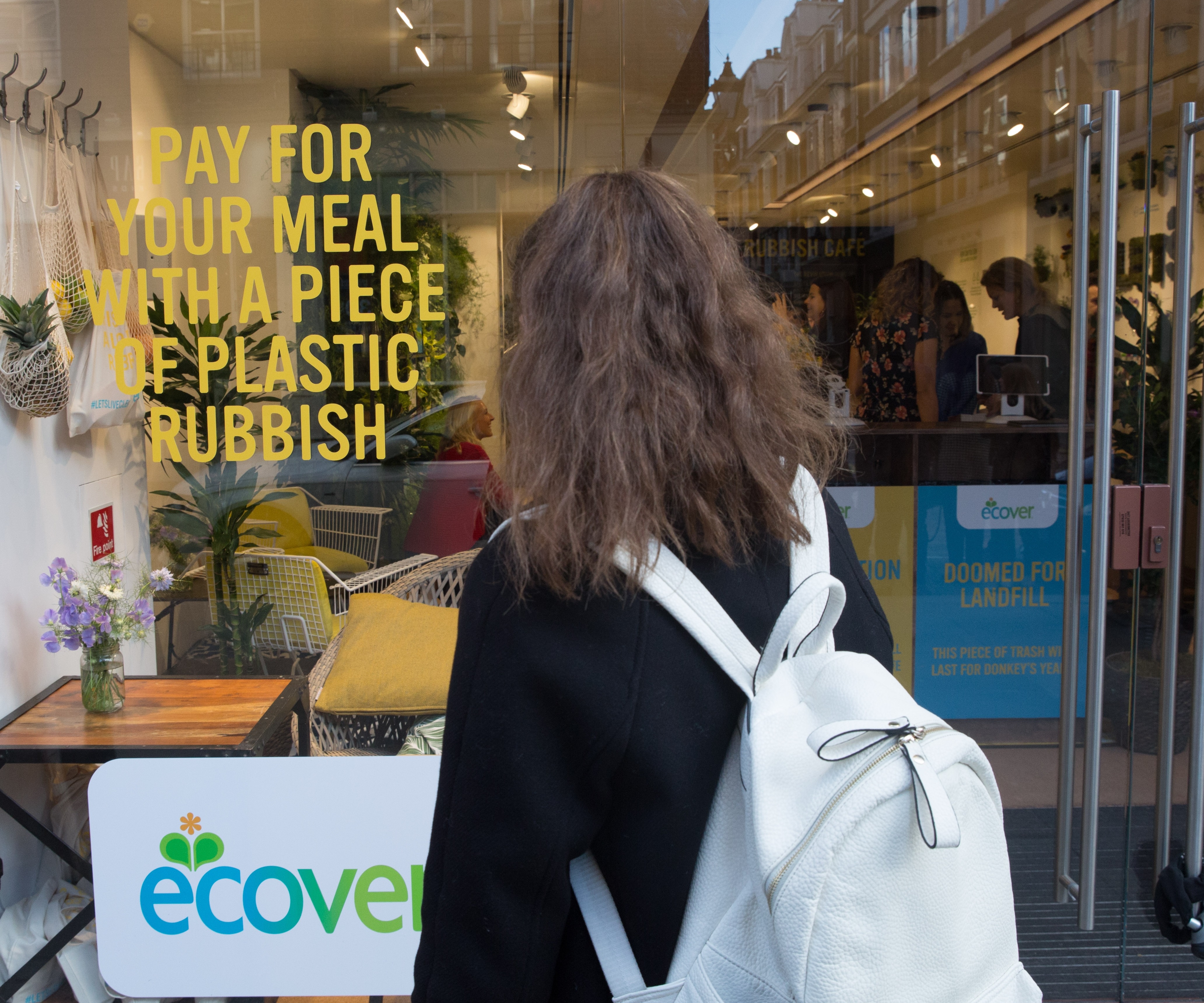 Ecover appeals to the 'Conscious Consumer' 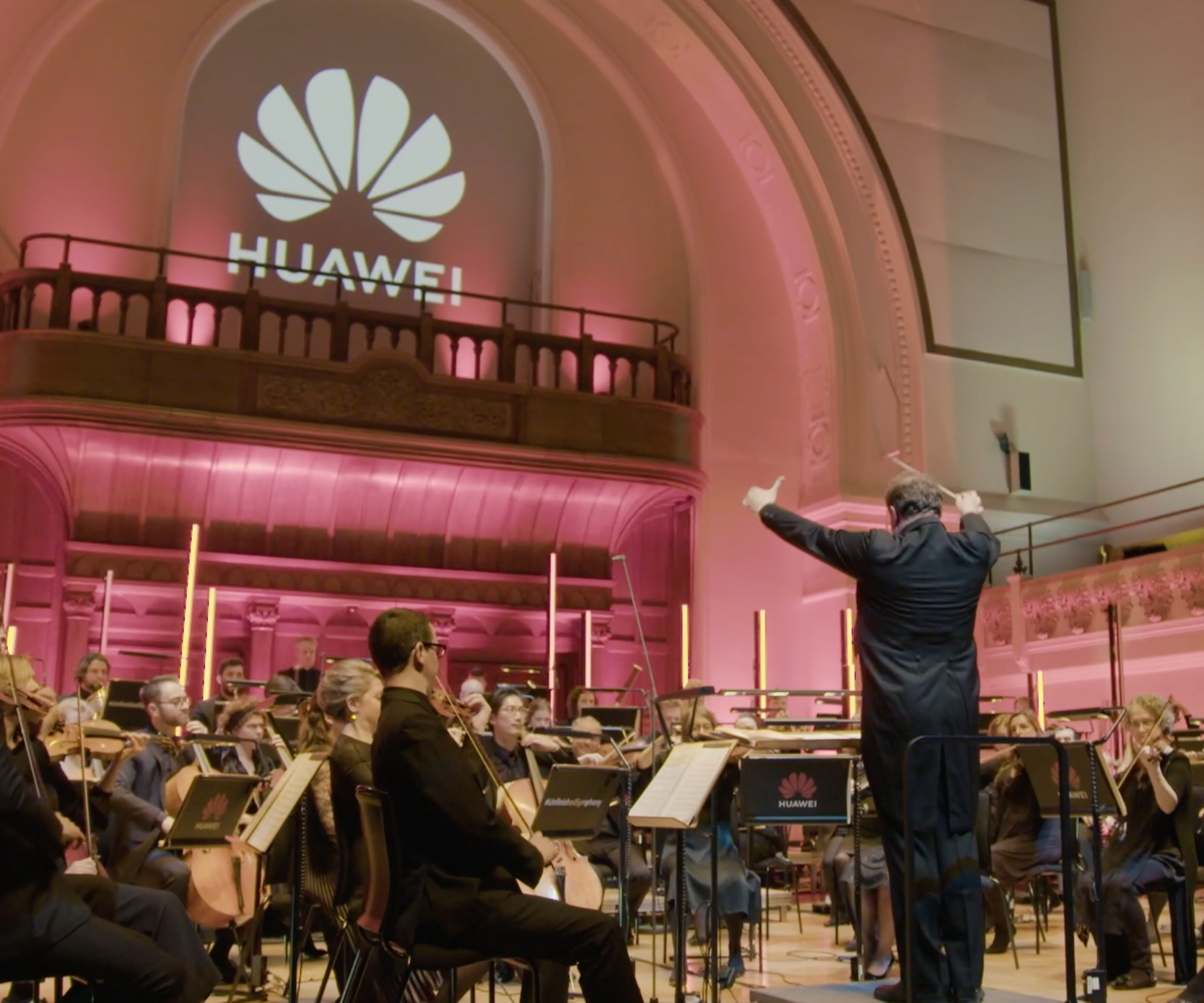 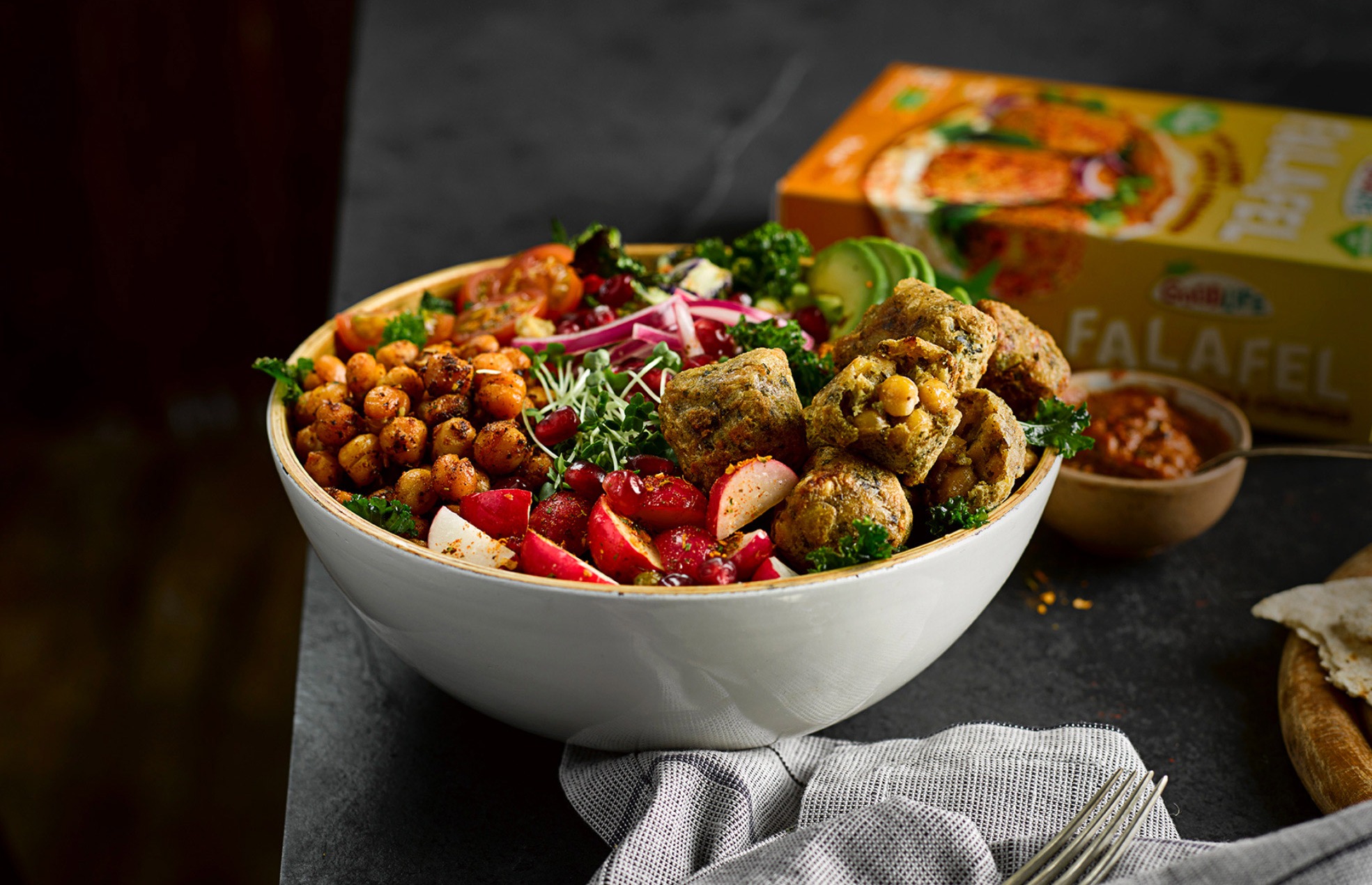 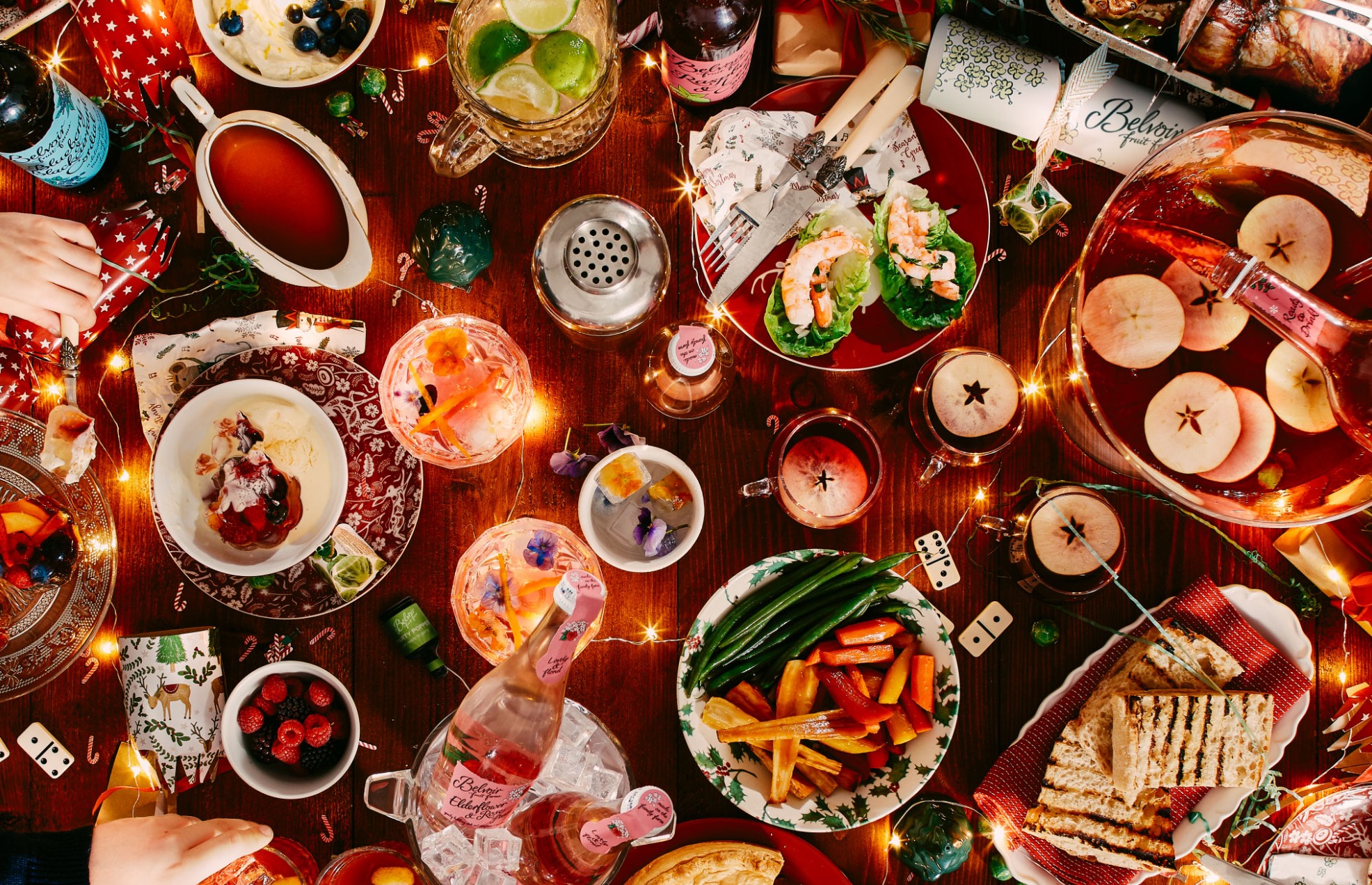