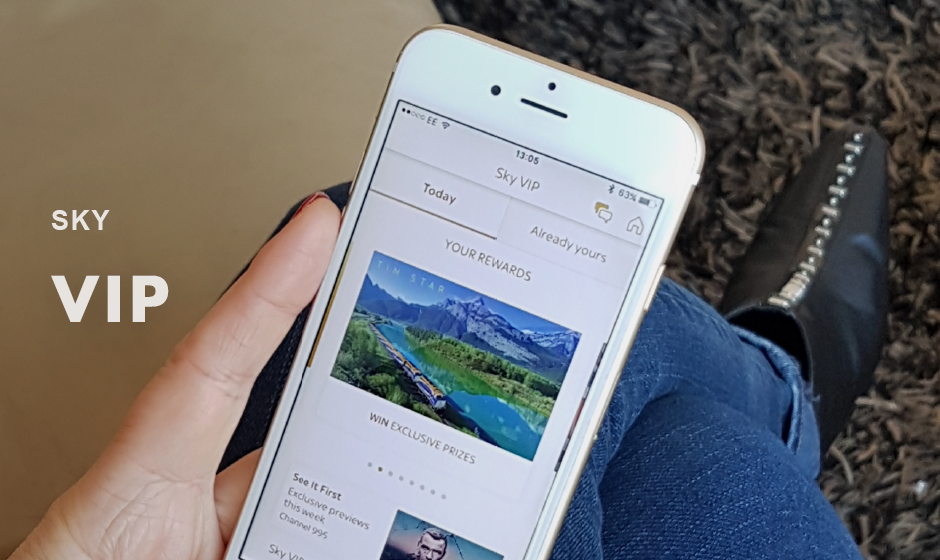 A LOYALTY PROGRAM WITH OVER 1.8 MILLION ENROLLED CUSTOMERS WHICH HAS INCREASED CUSTOMER RETENTION BY 14%.

Although Sky UK were continuing to enjoy increased customer volume, revenue and profit growth, they had begun to see a growing dissatisfaction amongst longer tenure customers who believed that whilst Sky delivered a great product and first-class content, they questioned the value they are getting. A study of underlying drivers of churn in 2016 showed that these customers didn’t feel their loyalty was being recognised or rewarded by the brand, and had the perception that new customers got treated better, through the best introductory deals and latest tech.

In August 2017, Sky VIP a game-changing loyalty programme was launched. Delivered via the My Sky app and tiered by tenure, the programme offered a breadth of rewards that built over time. Upon sign up, within the app, Sky VIPs were offered a welcome gift – in 2017, it was their choice of a Buy & Keep movie. Then, depending on tenure band, they could start choosing which rewards and benefits they’d like to redeem from tickets to cinema previews, sporting fixtures and studio audience seats at some of Sky’s biggest shows, right through to the best in viewing, value and service offerings.

As Sky UK & Ireland’s direct response agency of record, we were tasked with developing a rigorous BTL strategy and communications plan as well as versatile creative assets that could work across a range of channels (including email, display, social, VOD, in-app, site & DM). Our approach needed to complement the ATL brand work and ultimately drive existing Sky customers to join the programme. 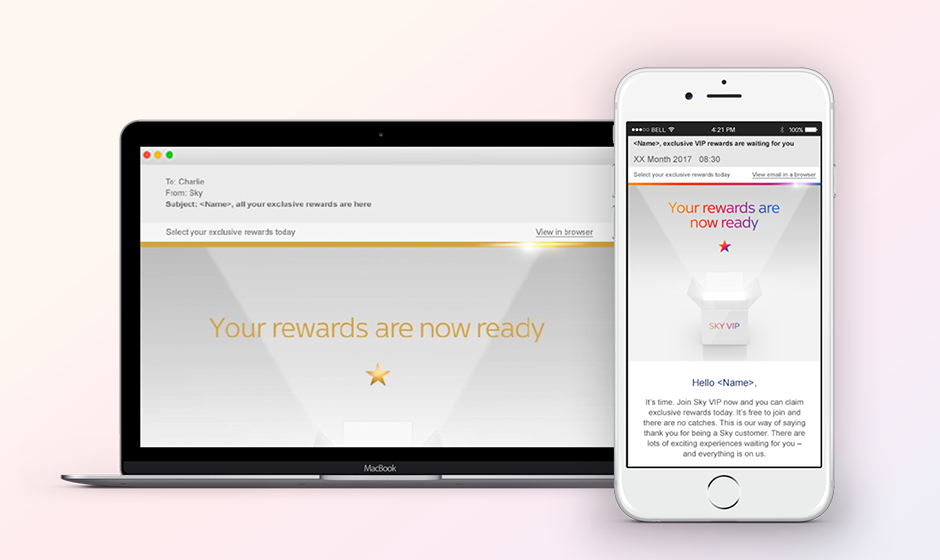