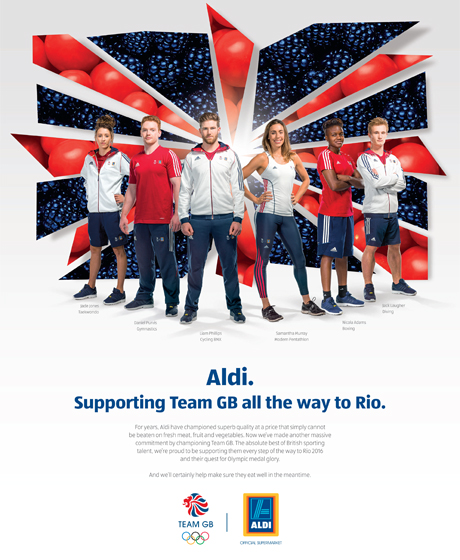 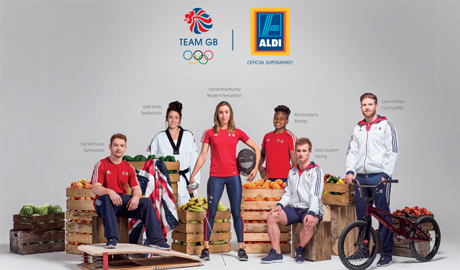 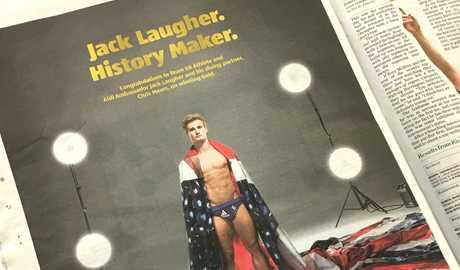 The campaign platform was “We’ve Gone Totally Rio” - a fun and engaging idea that captured the carnival spirit of Rio and showed Aldi was totally immersed in Team GB and the Rio Games.

We activated this sponsorship through the creation and delivery of a fully integrated consumer campaign through a mix of offline, digital, social and earned media channels.

Digital amplification was integral to the success of the campaign. In a supermarket first Aldi partnered with Snapchat as a channel aligned to the spirit of the campaign and highly appropriate for key growth audiences.

Over the campaign period Aldi was the fastest growing grocer with double-digit growth in a flat market, simultaneously improving market penetration, frequency of visit and basket size.

The campaign also delivered in excess of 450M impressions through a mix of digital, social and earned media channels.

Aldi’s sponsorship of Team GB as a platform to drive footfall and sales.