Stab vests for kids? Bruise concealer? A social networking app called grooma? The Store of Modern Childhood was the ‘back to school’ shop with a difference, revealing the hidden anxieties experienced by many kids in the UK. It was created to launch the Good Childhood report from The Children's Society and put child wellbeing on the national news agenda with adults busy being worried about Brexit. 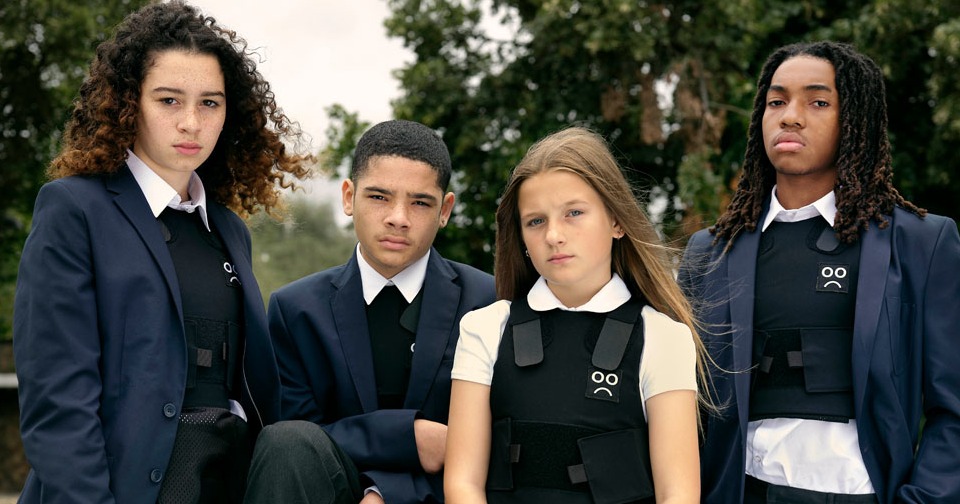 The Children's Society is a charity which deals with children (aged 11-17) living in the toughest of circumstances, including poverty, abuse, neglect and exploitation.

Every August The Children’s Society publishes The Good Childhood Report, a study into the happiness of the nation’s children. This year the report would highlight the lowest level of wellbeing in a decade. The children surveyed reflected a crisis in mental health, of increases in depression, anxiety and low self-esteem.

Almost 5% of those surveyed reported happiness scores below five out of 10, suggesting about 219,000 children in the UK are unhappy

There are a myriad of causes from bullying and cyberbullying, social media, exploitation and grooming, violence. While poverty is a major cause of abuse and neglect, the issues covered in the report are not exclusive to children from disadvantaged backgrounds. Many parents, especially those living conventionally comfortable lives are unaware a child of their own could be suffering in silence.

The charity had struggled in the previous year to get traction for the report due to Brexit and needed a blend of creative idea and media relations to put childhood wellbeing on the news agenda. W was appointed by TCS to amplify the report. The task was to bring the statistics and findings to life in a dramatic way that would provoke a public reaction and generate earned media coverage.

Our job was to:

•Deliver national news and broadcast coverage for the report

TCS identified two-primary groups based on the most likely to support the charity in the form of donations, with an emphasis on traditional media titles:

•Empty-nesters: those with higher disposable income whose children have left home. Broadcast would be key.

The challenge was turning statistics and often harrowing case studies into something disruptive, shocking and visual for media. Yet, how do you present abuse, neglect or anxiety to the public? Would you even want to?

The starting point was to look at the statistics and the case studies. People don’t think in words or numbers, they think in pictures. What we wanted to avoid was simply replicating the generic, clichéd stock images of a child crouched crying in a corner. It’s familiar. Something the public and media have become desensitised to to. It doesn’t powerfully tell a story or build the required ‘empathy bridge’.

In reality, many of the children TCS work with internalise their fears or suffering and do not speak to parents, friends, teachers about the circumstances they have to endure. The problem is often invisible, unseen and unheard.

Only through their work can TCS get children to open up and talk about what they are going through. We looked at ways we could bring these to life and give a voice to children suffering in silence. What if we could present these in a space as an exhibition of sorts? Somewhere which showed the public for the first time the reality of modern childhood for thousands of children. Children just like their own.

Given the timing, final week of August, we realised that back to school’ was going to be utmost in the minds of parents and family media.

That unlocked our creative inspiration – an alternative ‘back to school store’ which reflected the alternatives essentials for modern childhood – and enabled us to bring the hidden realities and anxieties to life in an unexpected and disarming live experience and content campaign.

Our response was The Store of Modern Childhood, a physical manifestation of the findings of The Good Childhood Report.

W created a long-list of items that could populate the store, in conjunction with case study stories, and developed them in conjunction with TCS. When we came up with the arresting headline idea of ‘stab vests for kids’ to reflect the threat of violence we had to stop ourselves and ask if we were being too sensationalist. In fact, a Google search revealed a story from The Times from 2018, which reported that children in London are already buying stab vests online. What we thought was potentially far-fetched was already a reality.

W worked with live events specialists XYZ to create the products to go on display, identify a high footfall location, and plan the visitor experience. In addition to the darkness and despair visitors would walk into a separate area, labelled The Changing Room.

Here visitors could see the positive outcomes of the work of TCS, including artwork and quotes from children whose lives have been transformed by the charity.

On August 26, TCS teased the imminent opening with a series of provocative social posts prior to spark conversation, grab attention and drive footfall to the store

To coincide with the week prior to Back to School, The Store of Modern Childhood opened for two days on Baker Street in London. From afar it appeared to be a standard high street store selling essentials for kids, but upon closer inspection it was a jarring and physical manifestation of the anxieties and hidden realties many children are living today.

The main window display featured a group photo of kids in school uniform wearing specially made stab vests. Inside, its shelves were home to an array of unsettling 'essential' products and items that represented the challenges children and young people face on a daily basis, including poverty, self-harm, bullying, abuse and sexual exploitation.

Each item was based on case studies from The Children's Society. They included the range of stab vests for kids, exercise books filled with messages of self-hate, a make-up station complete with ‘bruise hider’, ‘anxiety concealer’ and ‘black eye fader’, ill-fitting and dirty school clothing, as well as phone cases featuring bullying messages received by children.

Displayed alongside the products as POS were quotes from real life case studies For example: ‘Mum would get physically abusive when she had a drink’ from Jada, on the counter displaying black eye fader and bruise concealer. In addition to the jarring quote, the POS also gave information on the work, support and projects TCS carries out to help children and give them hope, despite the circumstances they had to overcome.

The tech section unveiled a social networking app called grooma, enabling predatory adults to connect with nearby children in a secure environment without detection. Not so much a parody of apps such as WhatsApp and Facebook Messenger, but the same device in a different name.

Despite Boris Johnson announcing the proroguing of Parliament the same morning of the launch, a huge news event which impacted some broadcast hits, we still managed to achieve 108 pieces of coverage higher level of coverage for the report than the previous year, including the main target of The Guardian and Channel Four News.

In just two days, over 400 passers-by visited the store and discovered more about the wellbeing crisis and how The Children's Society is working to help give thousands of children hope. The public reaction was captured on the following film https://vimeo.com/356857678

Both the Store and the Good Childhood Report were covered in 28 top-tier news, print and online titles. This included interviews on Channel 4 News, Sky News, BBC London and London Live as well coverage in The Daily Telegraph, Mail Online, Daily Mirror, Evening Standard, Metro, Campaign and The Church Times.

Four weeks later, Banksy opened a pop-up store in Croydon and among the items on display were stab vests as a modern lifestyle essential - we like to think we beat him to it.

Stab vests for kids? Bruise concealer? A social networking app called grooma? The Store of Modern Childhood was the ‘back to school’ shop with a difference, revealing the hidden anxieties experienced by many kids in the UK. 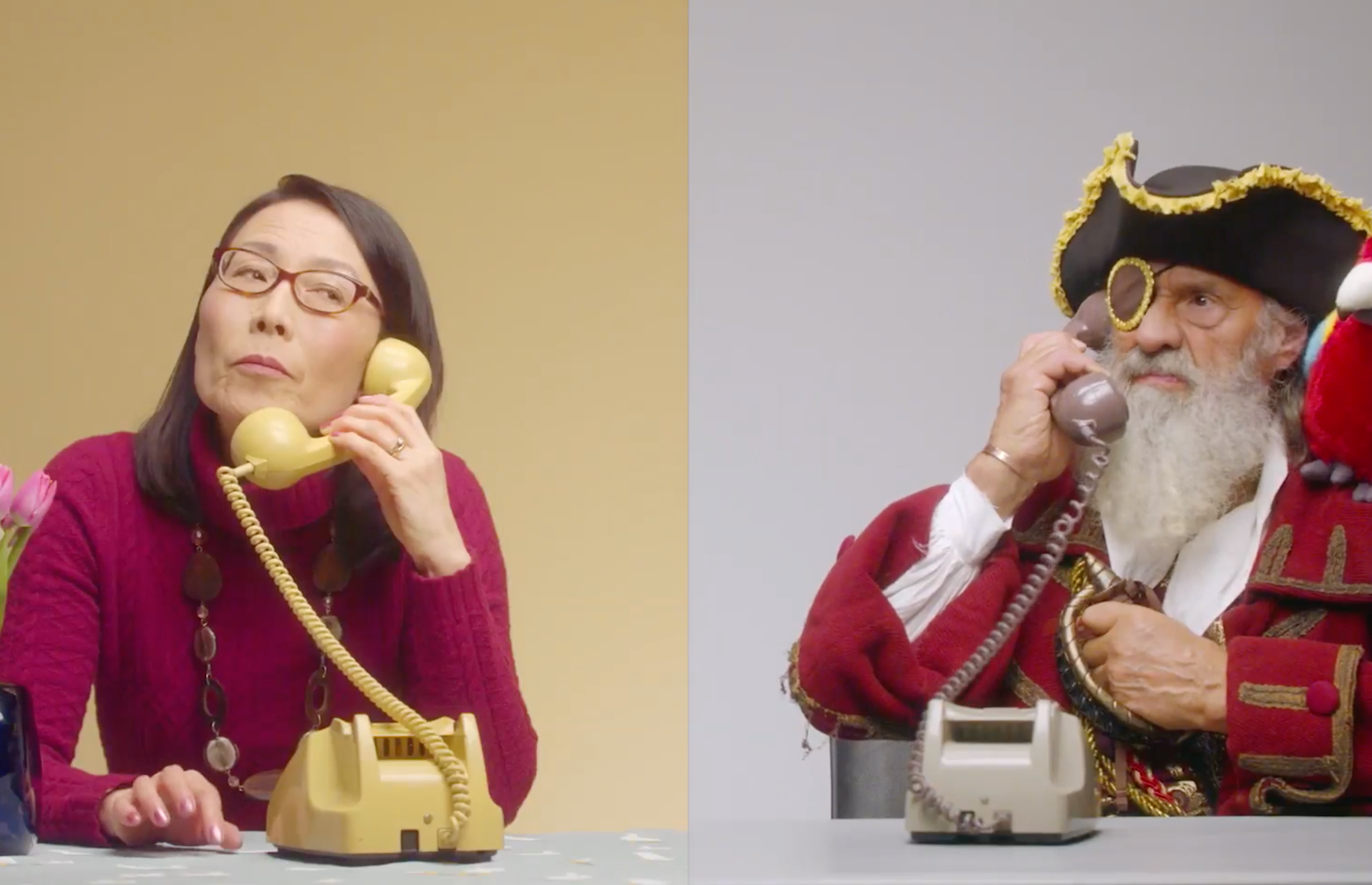 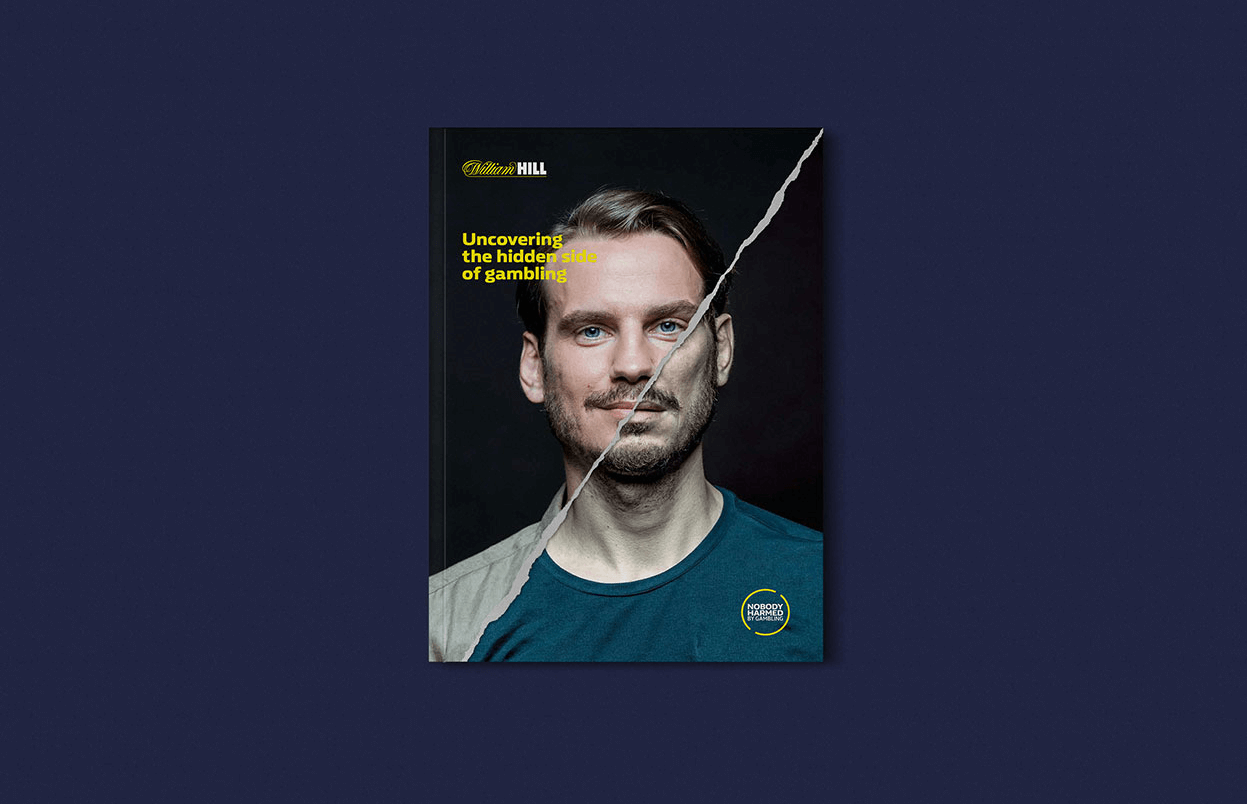 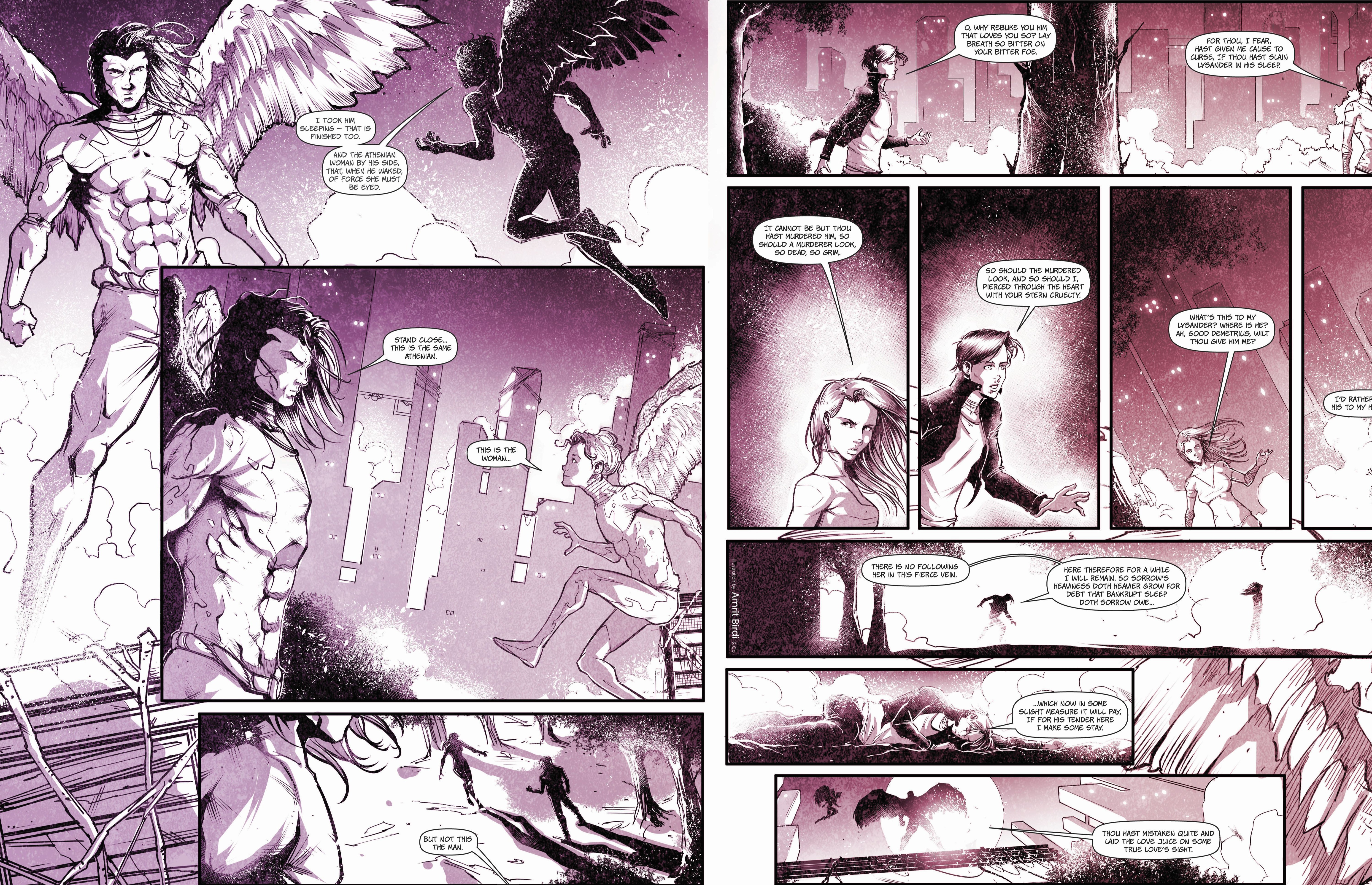 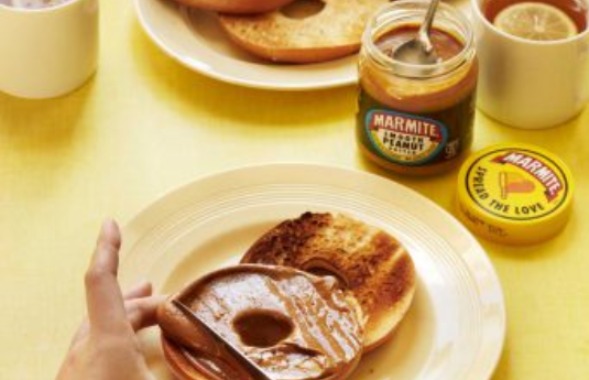 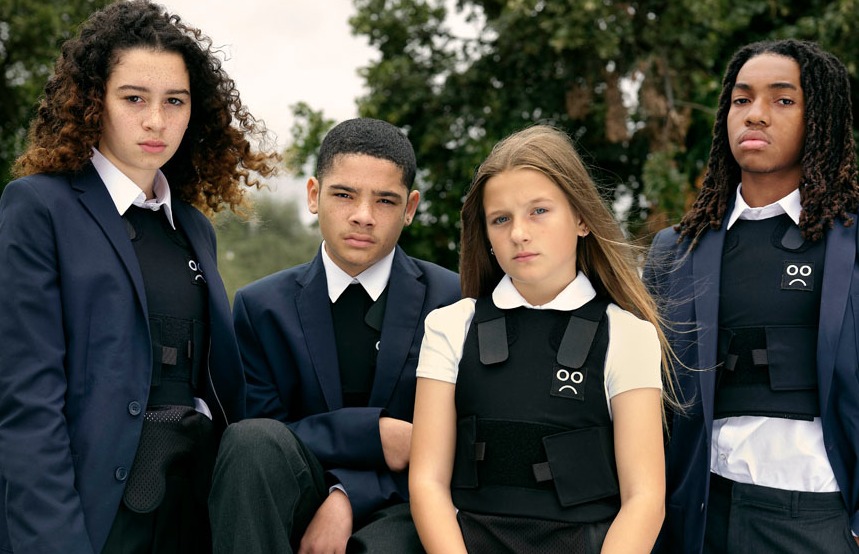 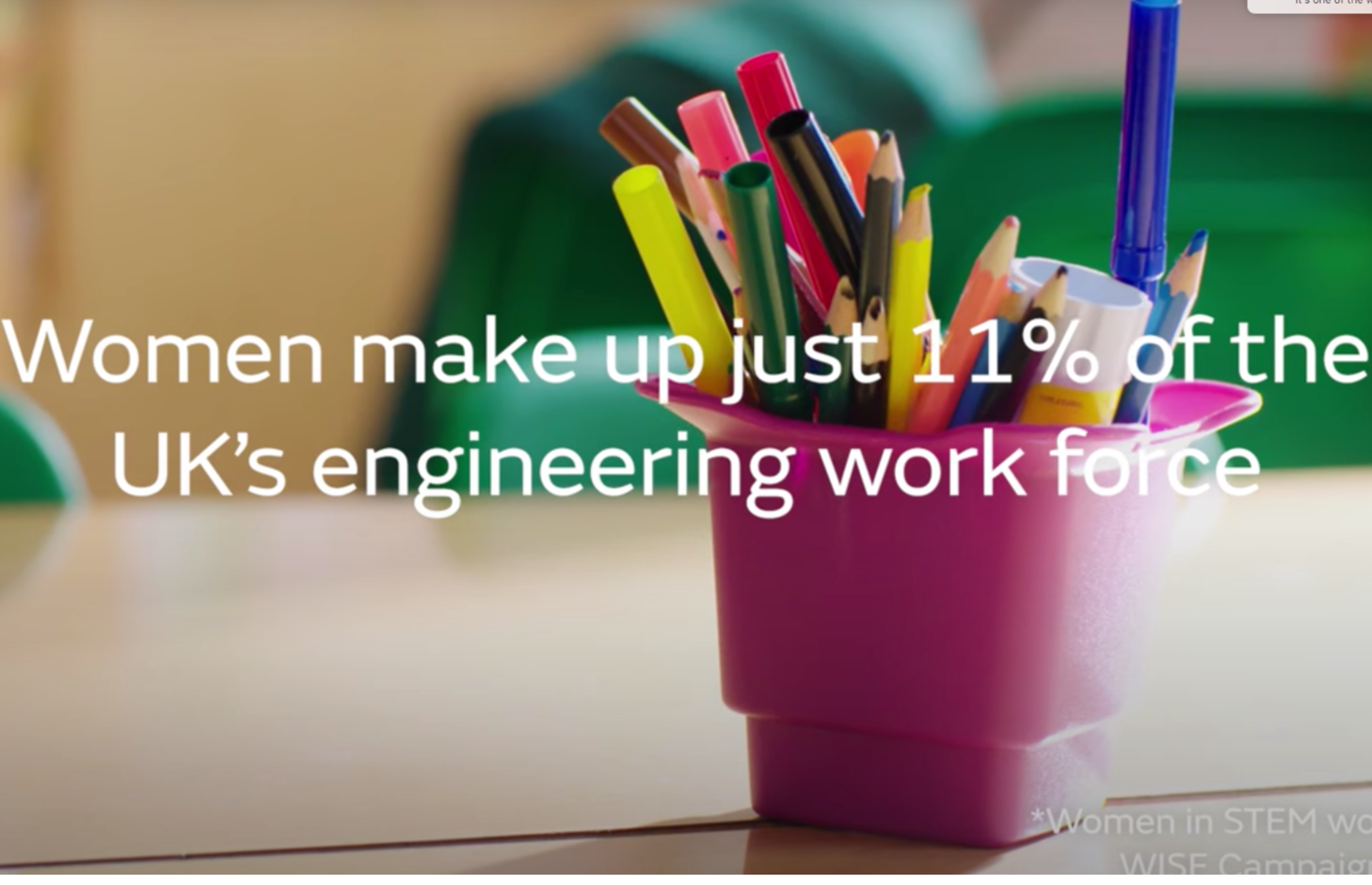 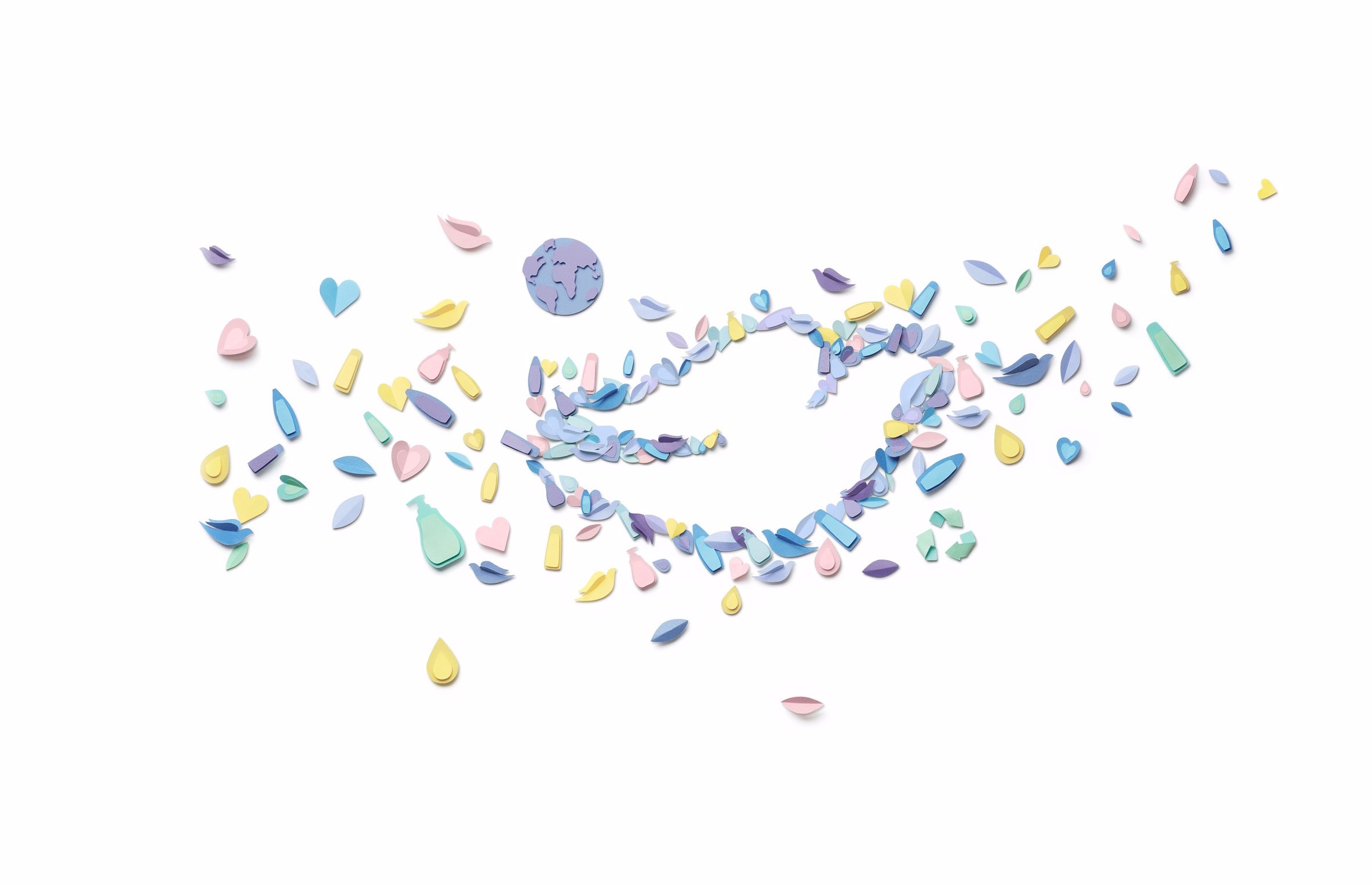