When brands create content that rivals that of streaming platforms, they can open up a new world of engagement, and of possibilities.

At the end of last year, Netflix revealed that their users collectively watched 1 billion hours of content per week in 2017. This includes the user who streamed Pirates of the Caribbean: The Curse of the Black Pearl every single day for the entire year. That's 365 times.

Many of these hours are spent watching original Netflix content. Why is this so popular? Because Netflix uses its audience data to create shows that people really want to watch, not the ones they merely say they do. They collaborate with directors, actors and producers and even recently announced a multi-year deal with Barack and Michelle Obama.

But what can brands learn from Netflix? For a while now brands have not been restricted by traditional TV formats and with a myriad of new publishing platforms emerging, there are even greater opportunities to make the type of content people really want to watch.

From the Guardian Documentaries to VICE Video and the New York Times’ Times Documentaries, media platforms are creating content, often in partnership with brands, that is competing with the likes of Netflix Originals in terms of production value and story. This can open up new revenue models for news and publishing companies, by making more content readers are interested in,

But can brands genuinely make un-biased content? Or are we as viewers too afraid we’ll be sold to? Vans and Patagonia have both successfully mastered the art of storytelling that doesn’t feel brand led. Their documentaries are genuinely made for their audiences rather than marketing pieces crafted to feel that way.

Heavily branded or not, documentaries, films and movie trailer-like ads offer an opportunity for brands to stop coming between the viewer and what they have chosen to watch, and instead become their first choice.

When brands create content that rivals that of streaming platforms, they can open up a new world of engagement, and of possibilities.

Wedding days are an incredible celebration of the love between two people. But the ceremonies at their heart can differ wildly from city to country, district to village.

These vibrant and myriad customs were what Nikon set out to capture. They worked alongside the Guardian and We Are Pi’s entertainment arm Pi Studios to create a 20-minute documentary entitled Four Weddings. The Guardian’s involvement comes as part of their Documentaries offering, a new model that allows the newspaper to generate revenue from brands whilst making content people want to watch.

The documentary-come-ad tells the stories of four brides before, during and after their wedding ceremonies. The unique and diverse services take place around the world from the UK to the US, Romania and India.

We see one bride speak of being discharged from the US military for homosexual conduct and another tell of her incurable cancer. The Romanian bride returns to her village to take part in a traditional service while an Indian princess talks of her upcoming arranged marriage.

The campaign was released around the Royal Wedding to highlight the day from a bride's perspective and to offer up equally unique occasions such as that of the union of Prince Harry and Meghan Markle.

Four Weddings was shot entirely using Nikon cameras, positioning the brand as the go-to choice for marriage photography. The documentary may be a beautiful piece of content, but it also serves as a striking ad for the cameras themselves.

As our smartphone cameras get smarter and everyone can try their hand at becoming photographer, Nikon's documentary demonstrates what genuine creative inspiration looks like, and tells a beautiful story in the process.

Agency:
WE ARE Pi, Amsterdam 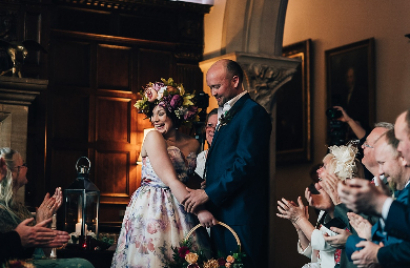 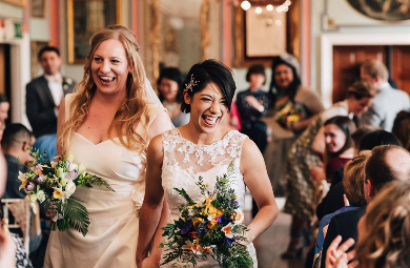 Do you own a connected suitcase? These enable you to charge your phone, laptop and other electronic devices on the go. But there are a lot of them out there. Every which way you turn there's another advert for a ‘smart’ suitcase creeping onto your Instagram newsfeed. So, Delsey Paris and Buzzman decided to create an animated short film “What Matters is Inside” to launch their European brand platform. The film was teased with a series of postcards sent to journalists from the places the protagonist Simon visited in his quest to find the suitcase left to him by his recently deceased explorer father. 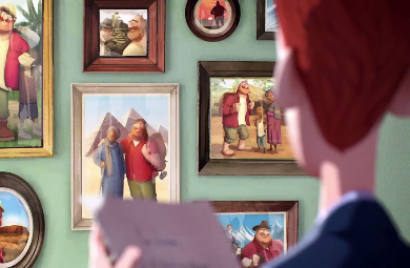 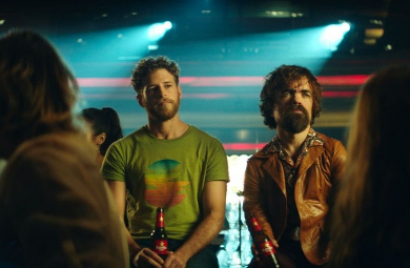 Estrella takes us to the movies

Estrella Damm's latest TV ad acted as a teaser for their upcoming campaign: a 16-minute short film starring Game of Thrones’ Peter Dinklage. La Vida Nuestra shows Dinklage offering his support to the lovesick hero, all while clutching an ice cold bottle of Estrella. The TV ad offered viewers a window into the campaign but, as a movie trailer only can, left them wanting more. The closing sequence directed viewers to Estrella Damm’s website where the full film is hosted.

It's a favoured storyline. Priceless artefact is on display. A lavish party is thrown in its honour in which hundreds of immaculately dressed guests ooh and aah at said artefact. Then a bang, a flash and the priceless object is missing. But who did it? This is the question posed at the end of BBH's latest ad for bwin, Who Stole the Cup? Viewers are directed to bwin's website where they can rewatch the movie trailer-esq ad and vote for the ending of their choice. 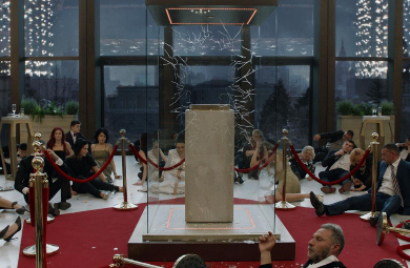 Creativity, Collaboration and Courage in Crisis are top of the agenda in the new Game Changers interview series.

It is possible to raise the bar: Gerety Awards 2020

With women’s careers disproportionately affected by the ongoing crisis, a panel of Gerety Awards judges highlight the importance of creating space for different voices to thrive.

Representing lived experience in marketing: Should we untick some boxes?

James Hickman, Strategy Director at Walker on the importance of long-term strategic thinking at a corporate level when it comes to resetting the dial on authentic representation.

Mummy, what did you do during the great COVID crisis?

Nicola Kemp, Editorial Director at Creativebrief, explores the greatest threat to gender equality in our generation and the crisis of inclusion that is materialising, at AdWeek 2020.

Inés Ures, outgoing-CMO at Deliveroo on mapping a clear purpose, a three-sided marketplace and the importance of truly delivering on brand promises.