Cadbury donates its words to combat loneliness in the older generation

Almost 4.5 million older people claim to have felt lonely in later life according to research conducted by Cadbury and Age UK, while 225,000 older people often go for a week without speaking to anyone. 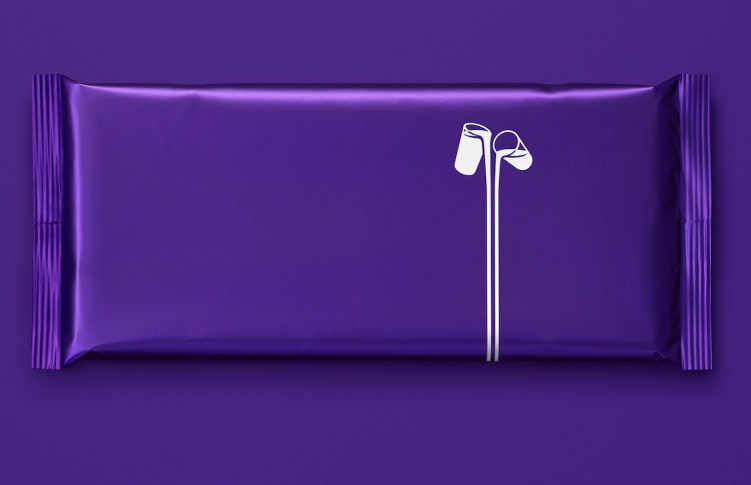 Cadbury is removing the words from its Dairy Milk bar for the first time in support of Age UK to combat loneliness among the older generation.

Almost 4.5 million older people claim to have felt lonely in later life according to research conducted by Cadbury and Age UK, while 225,000 older people often go for a week without speaking to anyone. To help combat the plight of loneliness amongst older people, the confectionary giant recently announced an ongoing partnership with Age UK.

To kick off the partnership, for the first time ever the brand has removed all words from its packaging to donate them to the charity. The ‘Donate Your Words’ campaign, created by VCCP, is designed to raise awareness of the loneliness epidemic and encourage the public to donate their own words and pledge to reach out and talk with an older person in their community.

Over six million older people say just a few minutes of conversation can make all the difference to their week with the research highlighting that very small gestures can make all the difference. These include things like getting to know your neighbour, smiling at someone at the bus stop or in a queue or someone simply stopping to ask how their day has gone. Simple acts of kindness that can make such a big difference.

As part of the research, those aged 16-45 were polled about their own attitude towards loneliness and old age; 55% claimed they’re worried about growing lonely in older age with 64% believing it gets harder to hold onto relationships the older you get. The research revealed that there are several things that stop people reaching out to others including feeling shy, worrying that the person wouldn’t respond well or simply being too busy.

The limited edition bar will be sold in supermarkets nationwide with 30p from each sale going to Age UK to help them provide vital services and care for older people. The partnership will help Age UK to provide support for the over half a million people who’ve been lonely and claim it stops them going out and about in everyday life.

VCCP have also created a short film that sees older people talking about how difficult they find it being alone, and how just one small gesture can make all the difference. The broader campaign harnesses the brand’s strapline that ‘there’s a glass and a half in everyone,’ suggesting that everyone has it in them to show one small act of kindness.

Conversation and companionship is something that many of us take for granted but, especially for the older generation, it can be something that can be difficult to find. By making a clear, brave statement and removing the words from their packaging, Cadbury allows the power of their branded image to speak for itself. This kind of campaign sends a very visual message demonstrating that sometimes, all you need is a little support, as that can make all the difference.

Vue's new campaign reflects the shift in recent years towards more mindful consumption of entertainment, an acknowledgment of the mental cost of constant connection.

Southpaw’s Niki Macartney examines a shifting body positivity ideal, exploring both our physical health and mental wellbeing. Does what’s happening on the inside count for anything in 2020?