Can advertising save the world?

Inevitably, whenever a brand throws its weight behind a greater cause, there are cries of why can’t they just stick to selling stuff? But there are brands, and agencies, that are instead embracing the fact that, yes, advertising really can save the world.

In September 2017, The New Yorker chose to run a cover they planned to publish had Hillary Clinton been elected President. Coming a mere ten months after Donald Trump won the election, it was a sucker punch to say the least. The magazine’s art director Françoise Mouly said that when the election results came in “we felt as though we had hit a brick wall, full force.”

While the US has been hitting walls (as well as talking about them) ever since, things don’t seem to have improved much across the pond either. Where once Brexit and Trump might have felt like blips, instead they’re now seen as more of a preface to a world that’s becoming increasingly divided and volatile. Millennials are denigrated as snowflakes while many of us choose to avoid the headlines altogether. But, as John Cleese put it best, the term snowflake has become something “sociopaths use in an attempt to discredit the notion of empathy.”

Empathy feels more essential now than ever, something we see exemplified by those choosing to fight the tide, not necessarily on a political scale, but rather a more moralistic one. And predominantly, at least over the last few years, this fightback is coming from those with the most steadfast access to the public: advertisers.

Inevitably, whenever a brand throws its weight behind a greater cause, there are cries of why can’t they just stick to selling stuff? The term brand purpose gets used to beat them into retreat and often they don’t help themselves. Look at the Lush #SpyCops campaign or for example Iceland’s Rang-tan Christmas ad which came a cropper when it turned out the supermarket was reneging on its promise to reduce palm oil in their products.

But what about those brands and agencies creating work that really can make a difference? Those that aren’t looking to make a quick buck and are instead embracing the fact that, yes, advertising really can save the world.

Gillette courts controversy to encourage men to be better

When Gillette’s ‘We Believe’ campaign launched, barely an hour passed before the outrage started. The razor company, long known for its ‘The Best a Man Can Get’ ads, was now encouraging men everywhere to become more mindful of their actions.

Men were being asked to consider the lessons they passed on to younger generations, to cultivate these from the recent #MeToo movement and the increasingly divisive world around them. Not only that but Gillette was changing its tagline to ‘We Believe: The Best Men Can Be’.

The ad opens with a montage of toxic masculinity. A mob of bullies chase down a boy, a mother comforts a victim of text abuse, and casual sexism seers through the board room.

But then, the ad argues, something changed. Footage of news reports on the #MeToo movement lead Gillette to issue a rallying cry that men should act better, to hold others to account even. Because “the boys watching today will be the men of tomorrow”.

Currently the ad has 29 million views on YouTube, just under 800k likes and 1.4 million dislikes. People accused the brand of being anti-male, of saying all men were part of the same sexist, abusive pact. In what is quickly becoming a badge of honour in the advertising world, there were even videos of consumers destroying their products.

The ad does slip into being saccharine, but if you look past this, past the controversy too, you see signs that things are starting to change. Gillette’s Director for North America Pankaj Bhalla said the ad wouldn’t have previously been an option for the brand: “The insight that ‘I am not the bad guy, but I don't know how to be a great guy’ wouldn’t have come 10 years ago, because this wasn’t in our ether. It wasn't in our society at the time.”

Right now, it’s never been more in the brand’s, or our, ether. Good ad or not, in a time when people’s actions and opinions are coming under increasing scrutiny, Gillette took a huge gamble to try and get through to their consumers, as well as plenty of others, and make them think differently.

And what’s more, Gillette have pledged to donate $1 million per year for the next three years to US non-profit organizations looking to inspire, educate and help men of all generations to become role models for the next generation. 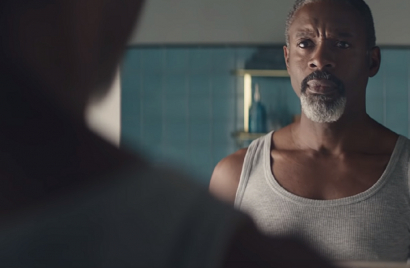 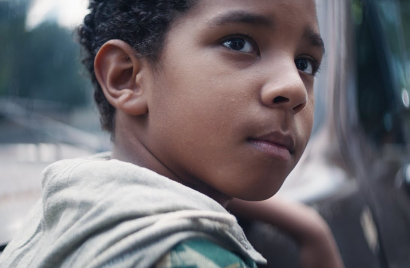 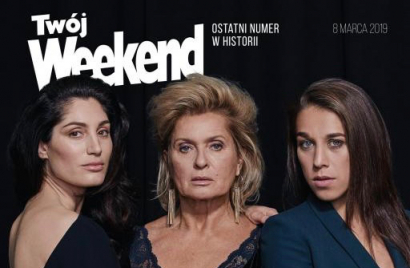 Gazeta.pl’s end to an (objectifying) era in Poland

One of the things HBO’s Game of Thrones is known for is its violence; throats are cut, eyes are gouged, heads are pulped. And there’s blood, lots of blood. So, the network headed to SXSW to stage an immersive activation experience, asking people to “bleed for the throne”. The thing is they’re being literal. Giant Spoon has partnered with the American Red Cross to encourage fans of the show to donate their blood at a pop-up complete with actors, props and even a choir. The experience was part of similarly themed blood drives happening across 43 states in the US, with over 15,000 pints donated in its first day. Recruiting plenty of first-time donors, the experience shows fans really will bleed for their favourite show. 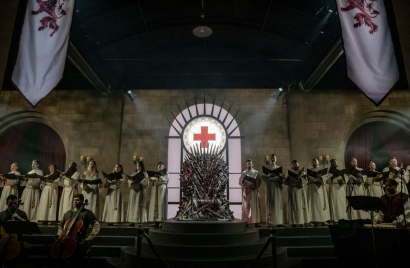 IKEA’s latest campaign from Mother London celebrates the importance of sleep in ‘Tomorrow starts tonight’, reminding people that the more you sleep, the more you get out of life.

When exercise has such a positive impact not just on physical, but mental health, this is a vital grassroots initiative.

Heinz and Magic Breakfast partner to fight against hunger in schools

The campaign is an uplifting reminder that businesses can step up to support the fight to end child hunger in the UK.

Big corporations publicly demonstrating their support of representation and artistic expression is an important step forward on the path towards becoming anti-racist brands.

From making your own rules, to having an escape plan; ahead of next week’s Advertising Week workshop on Overcoming Overwhelm we asked the panel to share their advice.