Sixt launches a campaign to scratch the driving itch, without the dirty downside.

Our relationship with cars is set to change dramatically over the next ten years, but we still hold them as a critical part of our lives and identity. Clarkson-type views to one side, they are still incredibly engineered, well-constructed machines of beauty. At best, to drive gives us powerful feelings of freedom and independence. The billions of pounds in media investment and the rich heritage of car ads continue to reinforce that what we drive says something profound about who we are.

But not just that. It’s often said that all of life takes place in a car. Car trips together are deemed sacred moments of family time in a busy world. Cars are a cupboard you throw your stuff in the back of, a status signifier, a place to relax, play music and even a fashion accessory.

Yet, like many durables and products invented during the heyday of industrial capitalism as the ultimate statements of consumerism, they are increasingly known for having a downside. One that is either bad for us, bad for the planet, or both.

Cars are inefficient. They spend 95% of their time parked, and if not, stuck in traffic. We need fewer cars on the road, less congestion, less NOx, less atmospheric CO2 and less fossil fuel usage. They’ve never been great investments, requiring deposits, high monthly payments, servicing and suffering wear-out. Owning a car is like eating meat with every meal. Increasingly, we are wondering if there are ways we can be more flexible, and ultimately reduce our intake.

A wider range of electric cars and the plug points needed to charge them are on the way, and ultimately, driverless is still a dream held by many. Whilst expensive to develop and mistakes abound by founders and investors alike, Apple’s investment in dream.ai earlier this year shows the race is still very much on.

Meanwhile, flexible ways of moving around have also accelerated to the fore. There’s cheaper taxis or ride sharing, such as Uber - which despite a bungled-ish IPO has a market cap way into the billions. People sure do like it if the business model can hold up. Then there’s car clubs, Zipcar, ways to make cash sharing your cars with others, Drivy, and even executive drivers such as Wheely. Their toddler-like names are reflective of how they are still finding their feet.

Most of all, let’s not forget the original flexible car offerings - rental car brands. Around as long as cars themselves, we have the red one (Avis), the yellow one (Hertz), the green one (Enterprise) and so on. Something of a sea of commodity choices.

Finally, Sixt (the orange one) with the latest instalment of the ‘Drive Smug’ brand idea. It centres on a very humble, but powerful proposition: getting a premium car, for a not so premium price. It’s about delivering great value. In a world where owning one is making less sense, this simple proposition seems to touch a nerve wider than ‘rentals’. Indulging the status-driven consumerist urge, without nearly so much of the dirty downside.

Two magic ingredients. First, the same couple is seen in three different cars across three different executions. This suggests that the demands of the businessperson and the leisure audience are not different, and they aren’t. It also suggests that these customers are loyal and loyal for a reason. Sixt is worth going back to. Similarly, it also speaks more widely, that car rental isn’t just for holidays or ‘when-missions-matter’ in business. It’s something we’ll all be doing more of as we continue to want to drive nice cars, but not necessarily own them.

The second factor is the loveable, even if ultimately unsuccessful, pedestrian, Seth. He is determined to prove he can outdo the driving experience Sixt offers with exceptionally designed alternatives he’s invented himself. Seth is not a driver, but an anti-driver. And an anti-hero. Rationally, Sixt highlights that its proposition can’t be beaten. Emotionally, something much funnier is happening, that represents the unique (perhaps less recognised) warmth of service that Sixt offers.

Similarly, it accepts that it’s ok to be a driver, but it’s also ok not to be.

As the world continues to work out the new role cars have in it, categories new and old continue to develop and respond. It drives back to a very classic marketing lesson that a strong proposition based on great value, wrapped in emotional warmth cuts through. No doubt in an intermediated and aggregated rental market world, it’s going to help the orange option to stand out much more.

This fast-forward marketing approach arrives just in time. Sixt is also innovating its product to form-fit to these new trends. Its newly launched app and MaaS platform (mobility as a service) allows you to choose between ‘rent’ (typical car rental) and ‘share’ (a car sharing option), and also ‘ride’, a car-hailing option much like Uber. Not all of these are available in the UK yet but are trialing successfully in other markets and giving a glimpse into the role of Sixt as a fully integrated mobility provider. ‘Driving Smug’ now comes in many forms.

As far as more progressive car marketing ideas go, it’s clear that cars are increasingly assuming the guilty-pleasure status of meat. If that’s the case, then we’ll need tastier, red-blooded versions of replacement and reduction. In this respect, this market and the ways in which we access and use cars is set to continue to evolve at pace. 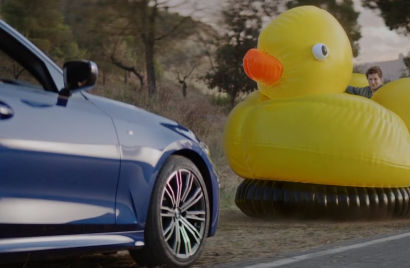 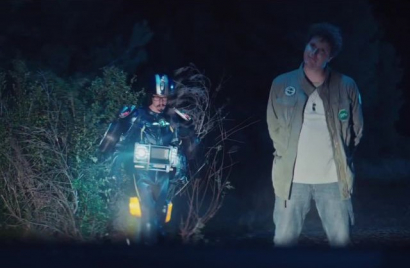