Courage to Be Real is Coach’s mission and message about embracing all aspects of who you are with confidence—and inspiring others to express themselves authentically, too.

For its latest OOH campaign, Coach is bringing “Courage to Be Real” to London with a 3D animated film starring global Coach ambassador Lil Nas X.

The campaign tells the story of Lil Nas X’s courageous evolution to become the person he is today and outlines the obstacles he overcame along his journey. A visual sees him move through different doors that represent the struggles he has faced in life such as fear, self-doubt, and judgment from others. The visual ends with Lil Nas X looking over Piccadilly Circus performing, inspiring people to transcend their limits, have the courage to be who they are and achieve their potential.

The story has been brought to life using OceanOutdoor DeepScreen™ 3D technology which is able to create the illusion that Lil Nas X is moving towards the viewer and out of the screen, transcending his digital world.

The campaign premieres on Piccadilly Lights in London’s Piccadilly Circus in the heart of London’s West End. The campaign will run 24 hours a day, with the 3D full screen takeover appearing once an hour, from the 7th to 13th November. 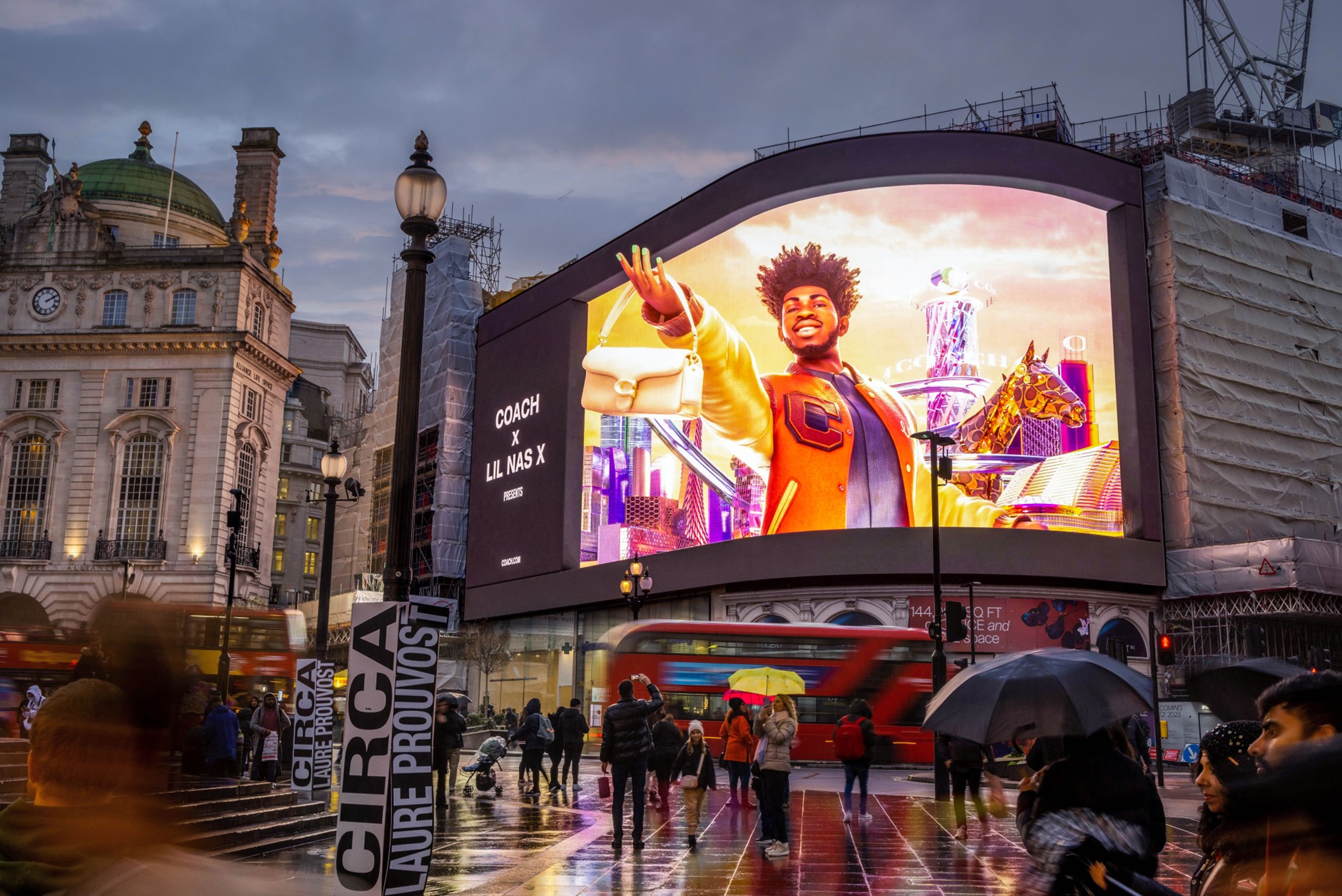