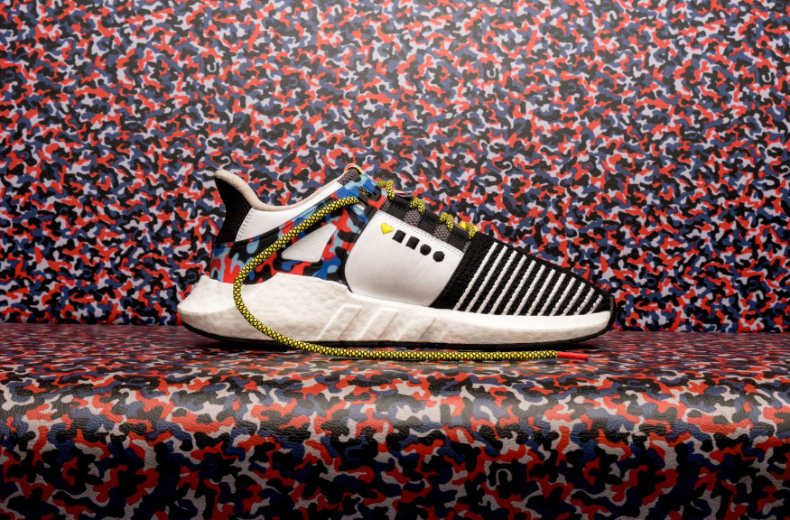 Oh no, where is my Oyster card? Is the cry as you think you’ve lost your annual pass for the third time that day. But imagine if you could wear your Oyster card, rather than having to stuff it in a pocket?

It sounds farfetched but this is no botched sewing job. Rather it is a collaboration between adidas and the Berliner Verkehrsbetriebe (BVG) public transport system. The unlikely pairing have teamed up on the occasion of BVG’s 90th anniversary to create a new trainer that serves as both fashion accessory and functional tool.

The EQT-Support 93 / Berlin shoes, give wearers a year-long transport ticket across Berlin’s U-Bahn, buses, trams and ferries, all for free. Well, for the price of a pair of limited edition trainers. Only 500 pairs were released on 16th January 2018 and were sold from just two stores in Berlin. The trainers, decorated in the signature multi-coloured camouflage-style print of the U-Bahn seat covers, retailed for €180, while the cost of the cheapest annual transport ticket is €728.

While a collector’s item for so called sneakerheads, these trainers also appealed to savvy commuters hoping to save some money this year. The ticket is built into the tongue of the trainer and the technology only works if you are wearing both trainers on your feet. You cannot pull one from your bag or give one to a friend.

The collaboration is designed to encourage more young people to use the public transport system, even if only 500 of them will be skipping through the barriers and matching the seat covers.