This week is Mental Health Awareness Week, and the focus for 2019 is body image. It’s no surprise really given the rise in apparent ideals we see in the world around us.

This week is Mental Health Awareness Week, and the focus for 2019 is body image. It’s no surprise really given the rise in apparent ideals we see in the world around us. Whether in adverts, TV soaps, reality shows, on magazine covers, or via influencers, the remit for what’s an acceptable body type seems to be getting more and more narrow. Those who seek transparency, such as Jameela Jamil and her ‘I weigh’ campaign on Instagram, struggle to keep up with the Kardashians and their social posts full of dubious looking supplements (#ad) and unrealistic body types.

Today, 1 in 8 UK adults have experienced suicidal thoughts over their body image according to research from the Mental Health Foundation released this week. According to the foundation’s Chief Executive Mark Rowland, the problem lies with the media: “There has always been idealised body representation across media, but it’s the quantity of those images and the frequency in which we see them, that’s what we’re worried about.” Rowland calls for an increased diversity in the range of bodies shown.

There are some advertisers already doing this of course. Think of recent campaigns from the likes of ASOS, H&M, Dove and Mothercare. These brands have dismantled the stereotypes and perceptions of bodily perfection by simply showing real people, real shapes, and real lives.

But what about the image beyond the physical? Alongside both the media and society telling us how to look, there is an increasing emphasis placed on how to be, on how to feel. This is something that arguably has just as great an impact on our mental health as anything else. The message that has permeated through the years is that mental health is a bit ‘kumbaya’, and definitely not something destined to be part of a wider, collective conversation.

We take a look at those advertisers continuing to buck the trend and embrace a new one. Those who have set out to show that mental health isn’t picky when it comes to those it affects. That our minds and souls aren’t suddenly encased in armour just because of where we’re from and what we do. These campaigns take the vital step to show us that whatever our walk of life, talking about how we feel is not only okay; it’s important.

809
days of continuous streaming interrupted by the campaign

If you’ve ever sought a moment’s peace to get on with writing a long overdue piece, or simply wanted to escape the hubbub of the office, then it’s likely you’ve come across YouTube’s College Music. The channel’s live stream of lo-fi hip-hop accompanied by a video of an anime girl studying has become a phenomenon, particularly among students. The ‘Study Girl’ animation is synonymous with similar channels too, as she keeps students company whilst both work away without pause.

But now, after a ceaseless 19,416 hours (or 809 days) of studying, the character is taking a break. That’s because College Music noticed a trend in the chat that accompanies their stream. Students were talking about how stressed they were, how overworked and in some cases, about how they were experiencing suicidal thoughts.

This week sees SATS and GCSE exams taking place across the UK, a period during which Childline have previously seen a 200% increase in young people calling their hotline with exam-related stress. Whilst the perception of students is often one of an easy life, part-time timetables, long holidays and partying, the reality is one of relentless pressure.

College Music decided to reach out via their channel with a campaign 'LoFi Beats Suicide' from McCann London, and support from VICE, to show that even ‘Study Girl’ suffers from undue pressure. Now when you visit the stream, you’ll find her chair empty and be asked to click on another link. This takes you to a distressing video of ‘Study Girl’ setting down her pen, rubbing her eyes and crying, before she contemplates taking her own life.

The animation is startling in its imagery, especially when it follows over two years’ worth of harmless content. It’s one McCann London took care to consult with the Samaritans on, so that what they show is accurate and in no way alarmist. It’s a way of alerting those watching to the dangers of not taking a break, of not being open about how they feel, or even asking their friends if they need to talk. It’s about the dangers of students thinking that fitting in prohibits them from feeling.

The new video of ‘Study Girl’ includes a link to especially curated mental health content on VICE’s page, that include the phone numbers for helplines worldwide. VICE are also supporting the campaign with a mental health takeover on their Snapchat Discover Channel, one that draws a core audience of 13 to 24-year-olds. 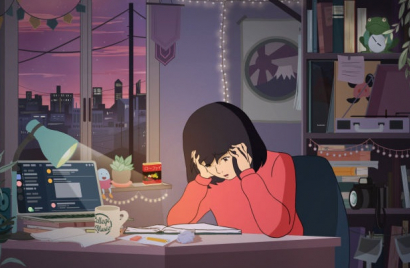 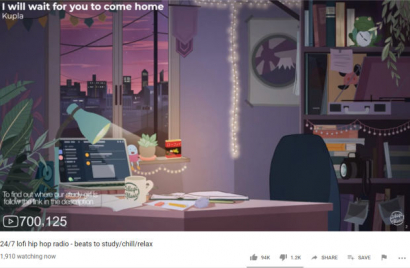 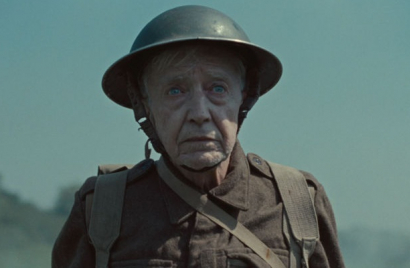 Combat Stress surrenders the idea of soldiers as infallible

Soldiers have always been portrayed as men and women who, although put through arguably the most arduous situations, are expected to come out the other side unaffected. Combat Stress, the UK’s leading charity for veterans’ mental health, is looking to change this with an affecting video 'Bring Them Home' that shows the reality that many ex-soldiers are haunted by their experiences. Instead of actors, the campaign from ENVY Advertising cast those who served in the likes of Iraq, Afghanistan and Northern Ireland in their 90-second video. It is a hugely moving glimpse into the human side of warfare, one that continues long after the battle is won or lost.

Looking at Men’s Health beyond the six pack

Broaching the topic of mental health with men is difficult. Traditionally, ours has been a gender that misinterprets openness as weakness. And amongst young men, it’s even worse. Yet the latest research shows that one in eight children in the UK now have a diagnosable mental illness. To encourage new thinking on the subject, Men’s Health and photographer Chris Floyd visited Oasis Academy South Bank in South London and interviewed the teachers, counsellors and students about what more can be done to change the stigma. As part of the magazine’s #GiveThemAHeadstart campaign, Floyd also shot four Year 11 students, Hasan, Ibrahim, Elohim and Andrew to star on the magazine’s cover. He described how he was taken aback by their confidence, their stoicism, rather than their ego. The campaign from Men’s Health is admirable in that it aligns both physical and mental health, showing its readers a new definition of health beyond just abs. 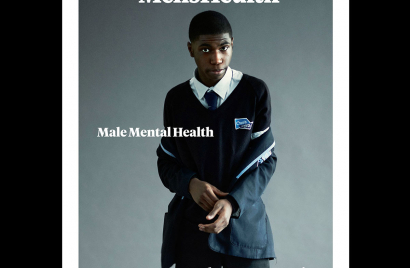