From pioneering talent to the biggest New Year party in the world and powerfully effective work, The Gate Edinburgh’s Creative Director Adam Smith brings the city to life.

Edinburghers live in an UNESCO World Heritage site, a fairy tale city with a volcano and castle in the middle. But there’s much more to it than just camera fodder. Being a spectacular-looking place pushes people to feel they can be spectacular too.

We have an obnoxious amount of talent here, and always have had. From Walter Scott to Alexander Bell, cloned-sheep bothering scientists, Trainspotters, an unfair amount of bioscience boffins, and Rockstar North. Basically, we’ve been pioneering since we pioneered pioneering.

So, forgive me for indulging in an Edinburgh rollcall. Together this talent has created, Officially the UK’s Best Place to Live; the most economically productive city in Britain; the most highly qualified workforce in the UK; a world-leader in biosciences; and the best Large City of the Future for fDi and fDi Strategy in the FT fDi magazine awards.

It also means Edinburgh is headquarters to more FTSE 100 companies than any UK city outside London; host to more than 30 foreign consulates, and all the small wrapped chocolates they require; the UK's second largest financial centre after London, and Europe's fourth by equity assets; gorging on more Michelin star restaurants than anywhere outside London; and they’re in the habit of throwing the biggest New Year Party in the world.

And, if you read this in an Edinburgh accent you can trust everything I say, because Scottish accents are apparently preferred over all others in the UK. And, if that wasn’t all magical enough, Scotland’s national animal is a unicorn.

If you want a guide; pick up the phone to any agency here and they’ll happily give you a grand tour. We’re all pretty proud of the place. And pretty lucky to be here.

With such creative pedigree, little wonder the work from Edinburgh’s agencies is something to be proud of. And it’s all coming from a rich mix. From traditional agencies doing campaign work, such as the legendary Irn-Bru ads that are part of our culture, to the Republic of Media doing some free-thinking media planning, like releasing a fake revenge-porn video. From StudioSomething sending a Tunnocks Teacake into Space, to the relatively new start-ups like CreateFuture doing interesting SPRINT thinking with the likes of Adidas. They created a digital destination for sneakerheads to find out what’s coming, building anticipation for new releases and supporting a passionate, tight-knit community. 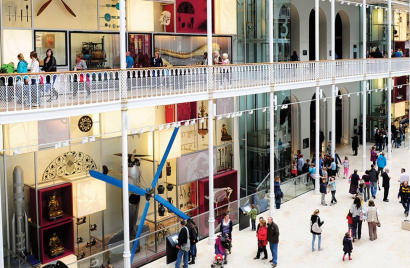 Everyone should walk up Arthur’s Seat for a 360° view of the city. Take a wander to Inverleith Park, or if it’s a dreich day, head to the Gallery of Modern Art or the National Museum. If you’re still standing, head to Jam House on Queen Street for some live music, or to the Cameo for the latest blockbuster or independent film. For fans of the ‘spooktacular’, don’t miss a guided ghost tour at the witching hour, and learn about the disturbing and mysterious activities of some of Edinburgh’s most notorious residents (excluding our marketing scene).

As well as all the agencies mentioned above, you then have the integrated, strategically led agencies like us at The Gate. Whether it’s creating the biggest government rebrand piece since the NHS, to tackling bullying with Stonewall by encouraging #NoBystanders, to creating a sell-out show about Zombies. Yes, that’s right. To grow a new audience for The Wellcome Trust and engage Edinburgh in science, we created an official Edinburgh Festival show, Deadinburgh. This was an ambitious interactive and immersive event where the capital is ravaged by a mystery zombie pathogen. We then marketed the event with live stunts, a film, (fake) blood bag invites, and Zombier to drink at the event. It’s a great example of our intention to not push out more content for the sake of it, but to focus on the strategies and creative that will genuinely deliver results. Like Edinburgh itself, it’s not about more, it’s about better.

Have a pint or some brunch in The Roseleaf in Leith. Make sure you swing by Bakery 101 in Newington for a wee afternoon treat - they invented the Crownie, a cookie-brownie hybrid. Enough said. For a bit of fancy fine-dining in the evening, sample something magnifique at Le Roi Fou on Forth Street, or if you’re after something a little more casual, tuck into some pub grub at Scran & Scallie. 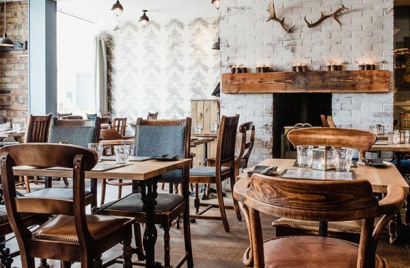 Being smaller and arguably closer to our clients and their businesses encourages a mentality to put effectiveness first. That should come naturally for every agency around the world, but how often have we heard and read that it doesn’t?  The closer relationships and absurd level of partnership that you get from Edinburgh agencies means that issues like in-housing feels more and more like a moot point. Why curtail your creative thinking by bounding it by walls and politics when you can get the benefits of understanding and aligned thinking but with a detached honesty and bravery from an agency just down the road? For a recent Intensive Fostering Care client, we made the call to walk away if we couldn’t do work that we believed would do the job they needed; the client was too important to mess around with. Client agreed. Which pushed us to make this challenging ad that achieved 900% more than the KPIs.

In his role as Creative Director, Adam is responsible for uniting strategy and creative at The Gate by steering and overseeing impactful, media-neutral, problem-solving responses to campaigns and branding challenges. He is frequently referenced in global publications and has won multiple awards for his work including D&AD, Epica, The Drum, Campaign Magazine, Roses among others. Adam is also a trustee for a local children's mental health charity, and judges and mentors across Behance, Star Awards and IPA programmes whenever his schedule allows.