From elevating the voice of the LGBT+ community to a Halloween stunt and a chicken crisis, forget war, these tactical ideas are striving for peace, entertainment and a well-executed apology.

This Coke is a Fanta. So what? David The Agency, Sao Paulo

I want to talk tactics. From the sporting arena to the battlefield, this is how a strategy is played out to crush your opponent. Sun Tzu’s The Art of War has long been a favourite for business leaders. Quite amazing when you think the book was written over 2,000 years ago. With extracts such as “Victorious warriors win first and then go to war, while defeated warriors go to war first and then seek to win” it’s easy to see why it’s been interpreted for the boardroom.

When you think about it, much of the language we use in the workplace alludes to conflict. We’ve set up war rooms to help us be more militant. Our guerrilla marketing campaigns are killing it. And we’re always slammed trying to hit a deadline. In an article in the New York Times, A.O. Scott writes: "We barely recognise 'in the trenches', 'no man's land' or 'over the top' as figures of speech, much less as images that evoke what was once a novel form of organised mass death."

The goal should switch from defeating the enemy to putting the audience first. Tactically this means responding with agility to the real-time moments that stir up something inside your customers. From elevating the voice of the LGBT+ community to a Halloween stunt and a chicken crisis, forget war, these tactical ideas are striving for peace, entertainment and a well-executed apology. 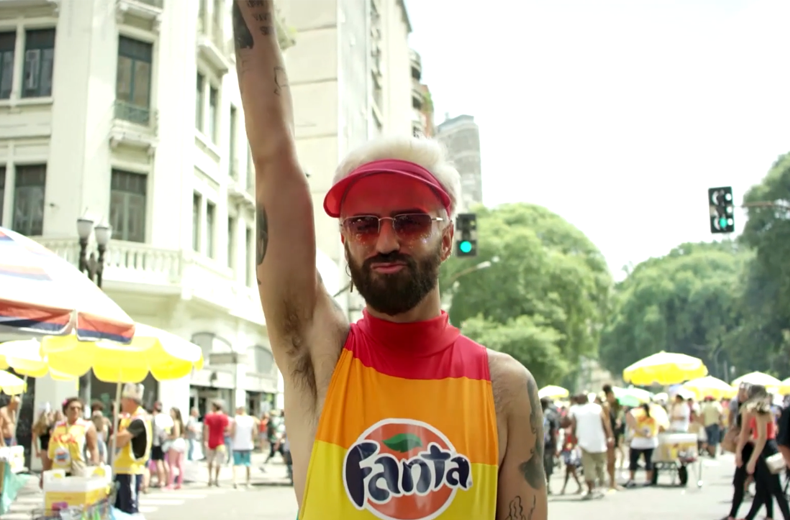 This Coke is a Fanta. So what?

The world is full of homophobic expressions and Brazil is no exception. Across the country the phrase “Essa Coca é Fanta” “That Coke is a Fanta” is used to make fun of the LGBT+ community.

So, in support of international Pride day, Coca-Cola launched a limited-edition red Coke can with orange Fanta inside, featuring the message: “This Coke is a Fanta. So what?” A special can that ignores labels, challenges prejudice and empowers people, showing that there’s nothing wrong with a Coke being a Fanta.

If you searched “Essa Coca É Fanta” on Google in the past, the first thing that would pop up on search was negative homophobic memes, all related to homophobic words. Now, “Essa Coca é Fanta” is related to empowerment and pride.

The sought after cans were initially distributed in small scale to key influencers, but they soon took over social media and the streets, transforming this homophobic slur into a fight against prejudice and helping Coke to re-connect with a younger crowd. 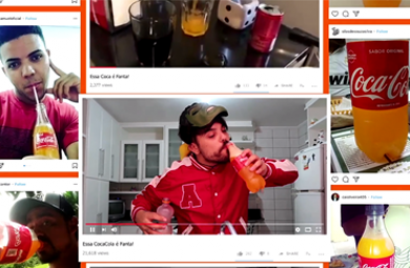 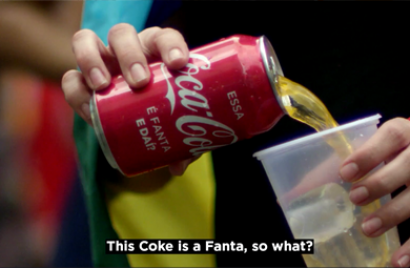 Everybody is afraid of clowns. Except for Burger King. To prove it, the king decided to invite its scariest enemy for a meal. The invitation came on October 24th in the form of a video full of horror movie references including a familiar face. Was that Ronald McDonald? A step-by-step guide was built to deploy the idea across the globe. The operation involved 35 countries in a coordinated effort including major exposure in Spain, the UK, Russia, Brazil and the US. What started with a simple insight and an honest joke became a worldwide activation. #Scaryclownnight was mentioned in more than 1100 articles in 40 countries reaching 2.1 billion of earned impressions and a total media value of $22.4 million. 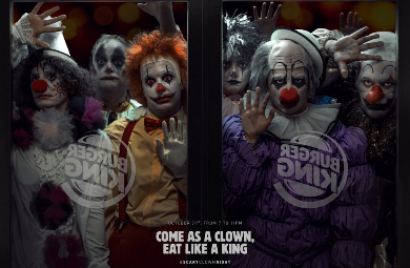 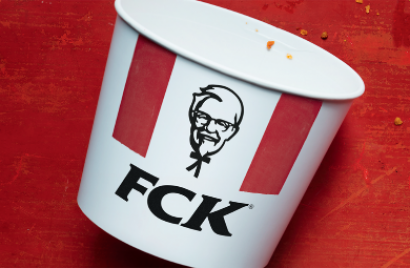 In shifting one letter, KFC became FCK, and immediately captured not only the mood of the whole of the KFC organisation, but also that of a nation. A deliberately provocative and human response to a chicken shortage, the print ad was backed up with understated but equally heartfelt body copy that explained a bit more about the situation and took the opportunity to apologise to both the public and KFC employees who’d been left in the lurch. KFC FCK first appeared on 23rd February in two UK publications, The Sun and Metro with a combined audience of just over 6 million. Since then 733 articles have been written about the campaign.