Gamers logging on to a new community

Games are still a place for exploration, development, education but perhaps most importantly today they’re also where you can both build and become a part of a community.

My first foray into gaming came in the form of a mutant-enhanced, bright orange bandicoot wearing big red trainers whose challenge it was to navigate a set of islands and defeat the evil doctor after him. All I can remember from playing it was how big the controller felt in my hand and how much joy came from getting a higher score than my sister who right next to me, watching intently. They say your childhood is full of these pivotal moments, right?

The games of today look significantly more different to the ones I played as a ten-year-old. They're still a place for exploration, development, education but perhaps most importantly today they’re also where you can both build and become a part of a community. For years, parents have despaired at the amount of screen time their kids rack up each day. But as Ronan Patrick, a data strategist at BBH London revealed, when it comes to games like the fiendishly popular Fortnite, "[it] isn't just a game kids play; it's a place they go."

And this is a place that, up until recently, brands haven't really appeared in. An exception comes in the form of the odd branded Fortnite skin - think virtual costume - like the one Samsung created to launch their new Galaxy phone. The skin could only be accessed if you were playing the game on that particular device, heightening the skin’s exclusivity and desirability among gamers.

Gaming is a hobby, a passion and a sector that brands cannot afford to ignore. As revealed in a 2018 Ofcom report, in the UK gaming is more popular than all of Twitter, Snapchat and Instagram. Whilst according to research by BBH Labs, as an industry it’s bigger than the movie and music trades combined.

People have more often than not played games alone but now, they are more likely to be wired up to a headset, chatting in an online forum or surrounded by their friends. Games like the dialogue-free Journey encourage this set up as it can only be completed by playing with another person. A gamer’s virtual community has become no less powerful than the physical one they inhabit every day.

Games have the capacity to connect people. They’re a democratic space truly open to everyone. Find out what and where your audience are playing and you can bring your brand, sensitively, appropriately, into that space. Adam Arnold, Global CMO at BBH put it plainly when he said, "Gaming is not a subculture. It is a cultural powerhouse." And it's a powerhouse that some brands are knocking on the door of.

Kia wants you to game with their granny

You know when you’re in the room with an, ahem, slightly older person and you start to sit up a bit straighter, speak more clearly and suddenly your manners improve? That’s the behaviour that Kia Motors Netherlands, working alongside XXS Amsterdam, wants you to emulate when you game alongside their granny.

Kia decided that instead of simply using their sponsorship of online multiplayer game League of Legends to paste their logo everywhere, they would tackle the toxicity that underpins some of the gaming community. This often includes bullying and offensive comments that live in the chat as people play.

So, they introduced Sweet2Annie1, a granny who played the game just like anyone else, as a beginner with her very own Twitch channel. Her sweet, kind, Mrs Doubtfire-esque attitude permeated through the game encouraging other players to be more positive towards each other within their communities. As Annie said, “Spread some love, it’s much more fun and it is better for your heart.”

League of Legends is the most popular online game in the world but it is one with the most toxic gaming community. Kia as its worldwide sponsor recognised they had a responsibility and used it to turn that negativity and vitriol that plagued its player base on its head. They helped clean up the community to create a more inclusive, welcoming place to play.

The brand also gifted the 50 sweetest players with tickets to the League of Legends Championships in Rotterdam to enjoy the game alongside Annie, who swiftly became an online phenomenon. 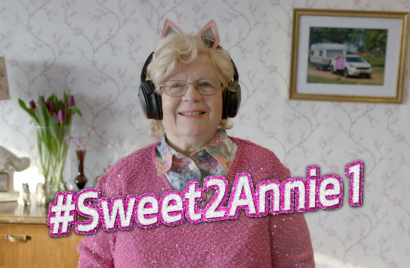 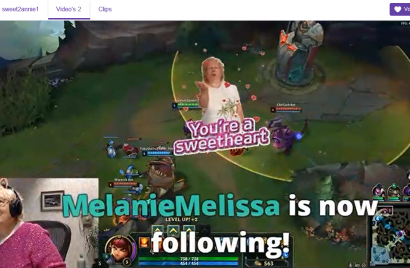 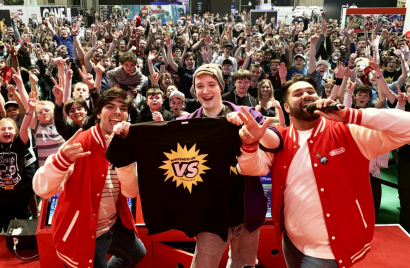 Sometimes it’s not enough to simply play online; what you want is to feel the atmosphere in a room, surrounded by hundreds or thousands of other fans as you watch the gamer in question make that one, seemingly impossible last move. The tension is palpable as they jump, and land safely. The stadium erupts. This is no traditional sporting match but it does draw just as big and unified a community. This was the scene at the Easter Bank Holiday tournament hosted by Nintendo Switch and created by BD Network. They gave gamers a chance to unite in the physical world and battle it out in the virtual one. The brand’s aim was to create a joyful, exciting space offline, just as they have created for years online.

Be a tourist through your Xbox

It’s easy to while away entire evenings scrolling through Instagram, dreaming of white sandy beaches and tropical rainforests whilst the rain pours down your window. For McCann London’s latest campaign for Xbox, gamers are encouraged to ‘Visit Xbox’ as you would a holiday destination. The global campaign emulates that of a traditional tourist board by exploring the beauty of the virtual vistas, waterfalls and beaches beyond games’ traditional gameplay. Through virtual travel, Xbox are encouraging a new kind of tourism, asking gamers to disregard the competitive aspect and instead lose themselves in exploration. The Visit Xbox site will allow gamers to send postcards and to also participate in live tours. Much like you would if you went on a tour in the real world, these give you a chance to experience the beauty of the world alongside the other members of your community you share it with. 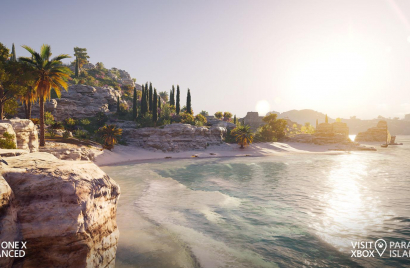 How can brands build better emotional connections with consumers online?

As a growing number of brands roll out direct to consumer offerings, building effective long-term marketing strategies is vital to ensuring long-term loyalty.