In the age of Instagram online-only brands are afforded new relationships with consumers; who can immerse themselves completely in their feeds. For, despite having no bricks and mortar presence, these brands can form part of consumers’ lives and identities. This is no easy task in an environment where research shows consumers wouldn’t care if 75% of brands disappeared.

Glossier is a beauty brand that has, since its launch in 2014, created a pink-hued world that consumers around the world have found themselves desperate to be part of. As the tagline explains: “Smile first, make up second.”

As part of their global expansion, they create, as the brand’s Instagram account explains: “temporary offline experiences” in various cities around the world. Their latest is in London, and is the brand’s fifth this year.

The pop-up store is on Floral Street in London’s Convent Garden and, inspired by its location, features heavily patterned, William Morris-like colourful floral wallpaper, while the rooms are accessible through secret doors that blend into each colourful wall. The aim was to channel the aesthetic of the parlour rooms and member clubs of 19th century London but made bolder for the Instagram age.

The in-house design team at Glossier have revealed that, for each pop-up, they always try to create environments that reflect the cities each is in. For London, the brand’s founder Emily Weiss said they looked at the history of the city through “Glossier-tinted glasses”.

The Glossier customer is a psychographic, someone who understands the role beauty plays in their life.

The beauty and make up products are displayed on white plinths in the centre of each room alongside standing mirrors so customers can try on whichever product they desire before they buy. Akin to each Glossier pop up, there is an installation designed to appeal to their Instagram fans. London’s is a rooftop scene in Glossier’s signature pink tone which I’m sure you’ve seen littering your news feed in the last week.

There is also a limited edition Glossier umbrella for sale at the store, costing £25. From every sale, £5 is being donated to the Young Women’s Trust, a charity that aims to fight for gender equality by empowering disadvantaged young women, helping them find work and increasing their confidence.

The beauty of Glossier as a brand is, as the ex-President and CFO of the company Henry Davis so said, that “the Glossier customer is a psychographic, someone who understands the role beauty plays in their life.” They care about how they experience the brand as much as they do about the products themselves.

Glossier are category leaders when it comes to the beauty experience economy, bringing their digital brand offline whilst maintaining their signature tone of voice as well as look and feel. Indeed, their New York flagship sees 50,000 people walk through its door every month. For Glossier, it is less about appealing to one age group and more about creating unifying experiences that truly cement the brand as part of the consumer’s life.

Glossier London is at 13 Floral Street, Covent Garden from 20th November 2019 until 9th February 2020. The store will be closed on both Christmas Day and New Year’s Day. 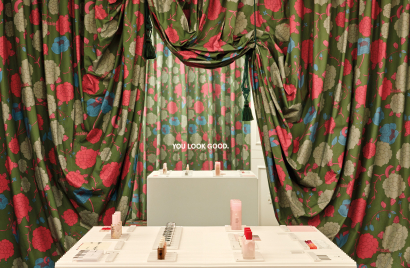 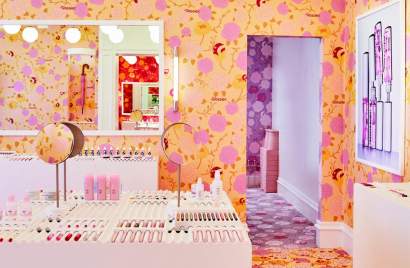 A ground-breaking new campaign marks a step-change for the depiction of the lived-experience of women in advertising.

Why community is the future of fashion culture

The fashion industry is reflecting the shifting market, recognising that engaging directly with consumers becomes a powerful marketing tool; the consumer becomes the influencer.

#FundAFuture shows the power of creativity for social good

Beam, the online platform which crowdfunds homeless people back into the workplace, has launched a new campaign, created by Good Brains for Good Brands.

“We are on the right side of history if we speak out”: MRSpride on advocacy, representation and insight

MRSpride’s event explored the power of agency, the importance of partnerships and of telling marginalised stories in mainstream culture.

Understanding the true meaning and value of brand responsibility

Brands that take responsibility have the power to contribute towards meaningful change in the world, says Lee Casey, Co-Founder & Creative Director at Hatched.