How ‘multiplayer entertainment’ can bring us closer together

It’s no secret, the way in which we’re consuming content is rapidly changing. The concept of the collective digital experience is here, and Twitch is leading the way.

It’s no secret, the way in which we’re consuming content is rapidly changing. The concept of the collective digital experience is here, and Twitch is leading the way. Everything we read is being broken down into bite-sized content and people are watching other people comment on other people playing games; it’s all very postmodern.

This phenomenon is what Twitch is calling “multiplayer entertainment” and centres on the close relationship between the content creator and fan, who are able to chat and communicate in a digital space whilst viewing the same online experience.

In a study looking at why people watch others play video games, research found that feeling a sense of community in the watching experience not only increases how much people watch streams, but perhaps more importantly, was also the strongest determinant of following streamers and subscribing to their channels. Community is hugely important to humans, particularly in this increasingly confusing, contradicting “always connected, yet disconnected” world that we live in.

The ‘engine’ that powers Twitch is the streamer and the community interacting and coming together to create something unique. The audience now has much more of a say in the content that they’re viewing. It’s gone from being a relatively passive, solo affair, to being something much more interactive and controllable.

One of the best examples of this is Twitch Plays Pokemon, a channel set up with an emulator running the original Nintendo GameBoy version of Pokemon Red, which is broadcast on Twitch. People can then enter the game’s commands – up, down, left, right, A, B, Start – in the Twitch channel’s chat box, which will be translated into in-game results. As there are up to 70,000 users trying to enter commands all at once, the channel essentially employs the Infinite monkey theorem: greatness will happen eventually if you have enough time and patience.

Ninja, one of the top streamers on Twitch was watched for over 150 million hours in 2018, with the platform having over 15 million daily users and 245,000 users simultaneously watching a single channel, and the average user viewing for 95 minutes per day. Multiplayer entertainment shows no signs of slowing down, and if the numbers are anything to go by, this way of viewing content is becoming more and more normalised and integral to our lives.

Creators of the Future of Entertainment on Twitch

The world of entertainment is changing rapidly. Never before have there been so many platforms, services and broadcasters fighting for such a wide variety of viewers, from the daily lives and musings of Insta stars to the bingeable ‘just one more episode’ mentality with Netflix. Traditional broadcasters are trying to catch up, diversify their offerings and retain their audiences and more importantly, keep all eyes on them.

More than just a community for gamers, Twitch is a streaming service that flies in the face of the traditional broadcasters, video-on-demand platforms and other social media channels. Its millions-strong army of streamers don’t just create videos for their audiences, they also create whole communities of fiercely loyal and engaged fans.

Our work for Twitch involves raising awareness of its pioneering technology and features, the unique personalities found in the streamer community, and core members of the business that make it such a disruptive and unique force. From promoting partnerships such as the BBC’s Classic Doctor Who Stream, and Dele Alli’s debut playing Fortnite, to ensuring the CEO is on the BBC when he’s in town.

The entertainment landscape has never been so competitive and we’re proud to be leading the charge with a standard-setting service such as Twitch. 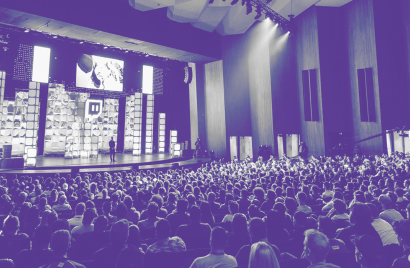 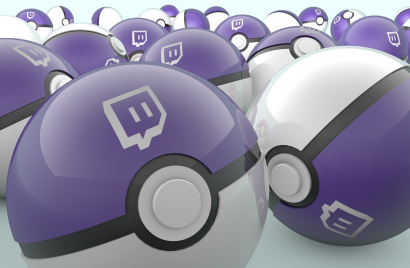 Matt has worked at Kazoo for the past year, heading up the press offices for Twitch, Kia Motors and Gfinity. He started his career as a publicist for up and coming music artists, having previously worked in primarily broadcast PR for clients such as Louis Vuitton, Bacardi, Martini, Virgin and Jaguar Land Rover.

A new platform is launching to celebrate the value of experience in advertising by recognising the best talent in the industry that is also over 40.

Experiential beauty: How brands are fusing physical and digital

Beauty is the midst of a physical and virtual revolution with significant implications for brands.

This Dry January, Seedlip wants people to Drink to the Future

Four years ago Seedlip launched the first distilled non-alcoholic spirit. Fast-forward to 2020 and the drinks landscape has shifted dramatically.

The new nostalgia: Why brands are embracing the roaring twenties

As a new decade dawns, a fresh aesthetic of nostalgia is emerging according to Shutterstock’s annual Creative Trends Report.