The importance of trans representation, and why every voice should be heard

Brands can help shape an understanding of an experience which many people go through every day. These stories can help foster empathy in an audience & ultimately help move the needle towards even more inclusive representation.

To date, there is no record on how big the global trans community is. The UK's ONS doesn't include the question in its census, although this decision is being reconsidered. The word transgender is an umbrella term for those individuals whose gender identity is different to that which they were assigned at birth. The word itself, and our modern definition of it, only came into use in the late 20th century but there have been 'trans' presenting individuals existing in every culture throughout history.

For brands, engaging with underrepresented communities is essential to them staying relevant and often palatable to their audience. Some 41% of consumers would feel more positively about a brand which openly supports LGBT+ rights issues, with the figure rising to 50% among 25 to 34-year-olds and 63% of 18 to 24-year-olds.

But it can’t simply be about brand profile. It has to be about accuracy and willingness. When it comes to brands getting involved and telling the trans community's stories, what's essential is that they speak to, or at least gain insights from, people who actually experience a life led outside what society deems to be the norm. This means turning to trans charities such as Mermaids or individual focus groups for truthful, honest insights.

Representation is about giving a voice to the previously voiceless and giving space to stories that have never been told before. It's about acknowledging people's right to difference and to their identification. This is something Rich Miles, Creative Director at Therapy, wanted to address with the launch of a new app, The Right Pronoun, designed to make for more inclusive, representative communication. It places a value on people's identity, and the way they choose to identify.

The fundamental reason for the app's existence is, according to Miles, to start a conversation. It's about respect and inclusivity; something that Mastercard recently announced they'll be considering when they launch their True Name cards in early 2020. The cards have been designed for the brand's non-binary and transgender customers whose chosen names can differ to those assigned at birth. Mastercard found that, by law, consumers’ cards don't need to show their legal name. This is a clear example of a brand acknowledging their LGBTQ consumers and introducing a service that will make people's lives that bit better.

And we're starting to see more acceptance and a greater focus on trans rights across culture. ITV's drama Butterfly told the story of a transgender child and the family's struggle with the transition. According to initial figures, the opening episode was watched by 2.8 million viewers. Many people expressed concern about using such emotive subject matter on primetime TV but, film, TV and movies are often the best space to tell as yet untold stories. Drama can enhance understanding, even if it doesn’t always result in total empathy from the audience.

As with the wider conversation around brand purpose, the story being told must align with what the brand is looking to say. If not, their audience, their consumers, will call them out, especially the next generation. The need for representation is there, as Getty Images revealed in recent statistics; searches for ‘gender change’ imagery are up 2,100% while ‘transsexual’ is up by 125%. Audiences are looking for broader, more inclusive representation, for non-binary, nuanced ways of looking at gender. And what they want is for brands to understand this.

When done well, brands can help shape an understanding of an experience which many people are going through every day. These stories can help foster empathy in an audience and ultimately, help move the needle towards even more inclusive representation.

After receiving a degree of backlash from their ad earlier this year, 'The Best Men Can Be' which examined positive masculinity in the light of #MeToo, Gillette chose to tell a different kind of shaving story, one that rarely, if ever, has been given any space in mainstream culture.

'First Shave' from Grey Canada tells the story of Samson and his father, as the latter teaches his son how to shave properly. The ad recognises that this milestone in a man's life doesn't always happen when the individual is a teenager. It acknowledges that there's a whole other story to a first shave that had yet to be told.

Samson Bonkeabantu Brown is the Toronto-based artist who stars in the ad and who has revealed his father to be a great support throughout his transition. Although a branded ad, the slot is telling a true story, one that gives a human face to the wider conversation.

In a panel discussion led by Kantar at Cannes Lions this year, Jeff Stamp, Deputy CCO at Grey New York and Lead on Gillette We Believe spoke about the brand's positioning within culture. Stamp said, "There was a responsibility of Gillette's heritage in shaping a narrow view of masculinity." For the brand, the first step with 'The Best Men Can Be' was to "start a conversation of a modern, positive kind of masculinity."

Having spent years spotlighting a certain heteronormative, traditionally macho kind of masculinity, brands like Gillette are acknowledging the position they have to reframe the narrative, to highlight different stories. As part of the '#MyBestSelf' wider campaign, Gillette is partnering with the Toronto-based charity and city agency The 519 to support its trans inclusive programmes.

Gillette are also championing different voices with its traditional women’s razor range Venus whose ad '#MySkinMyWay' earlier this year featured the transgender activist Jazz Jennings. As Jennings said at the time, "When a major company is endorsing someone who is trans, they are saying, 'We support Jazz and her identity.'"

And this is the reality when it comes to brand engagement in the trans community. As with any purpose, when done carefully and authentically, a brand can have an enormous impact on how that individual feels and how the story plays out in culture. 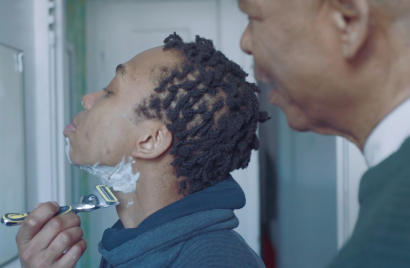 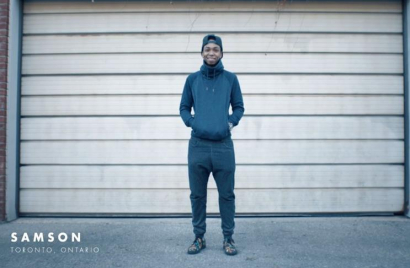 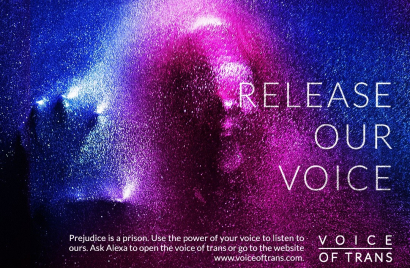 Alexa invites you to open the Voice of Trans

In recognition of the International Transgender Day of Visibility on 31st March, Brand Advance and Global Butterflies worked with Amazon's Alexa to create '#VoiceofTrans', to prompt broader conversation around transgender issues. Users were invited to ask Alexa to "open the voice of trans" upon which they would hear the voice of a transgender man telling their life story. Encompassing school, home and work life, the voice also explored attempts to take his own life as well as undergoing the process of transition. The campaign is designed to raise awareness of the 25 million transgender people around the world, to tell their story in their own words.

Dove teams up with Getty Images to #ShowUs

We’ve all seen those terrible stock images. The ones where beaming, glowing, young, usually white individuals gaze at each other as they work/play/fall in love. They are, by no means, reflective of the world we actually live in, something that Dove, working alongside Getty Images and Girlgaze, were determined to change. Project #ShowUs has been designed to break long entrenched beauty stereotypes by creating the world’s first picture library of women and non-binary people. The image archive features more than 5,000 photos taken by photographers who are part of the Girlgaze network. From models to directors, mothers, activists and pioneers, the library wants to #ShowUs what our world really looks like. 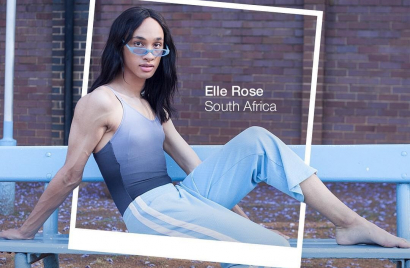