The irresistible pursuit of goals

With the rise of new technology, our drive to achieve has taken new forms. Reaching goals is no longer just about the big things, like getting promoted or running a marathon. It’s now become a daily way of life,

Humans have always been driven to achieve things. It’s the force which built the Pyramids, painted the Sistine Chapel’s ceiling, put a man on the moon, and supplied us with technology in our homes, offices and pockets.

As a result of having this technology, our drive to achieve has taken new forms. Reaching goals is no longer just about the big things, like getting promoted or running a marathon. It’s now become a daily way of life: reaching your step count, getting to level 356 of Candy Crush, scoring lots of likes on your latest post.

It’s even permeated our language. ‘Goals’ has become an adjective, meaning ‘something I aspire to’. Taylor Swift at her peak turned goals into a team sport with the concept of ‘Squad goals’. And brands worldwide have gotten on-board, with Spotify setting ‘2018 goals’ and fast-food chain Wendy’s challenging, and then supporting, a customer’s mission to get 18 million retweets for a lifetime-supply of free chicken nuggets.

It’s no surprise that technology has made us more goal-oriented. Anyone with a passing interest in neuroscience will know that our dopamine levels rise when we are anticipating something, making the act of setting and striving for goals feel REALLY good.

And Silicon Valley has taken note. Features like pull-to-refresh, badges and notifications are used by tech companies to keep you hooked by dangling the next reward. Critics, including former Google and Facebook insiders, say that these tactics are exploitative.

Brands must tread a fine line. There’s nothing wrong in using what we know about our brains to enhance the experiences and programmes we create for customers. But we must design these experiences with the goal of creating additional value for customers in their everyday lives. 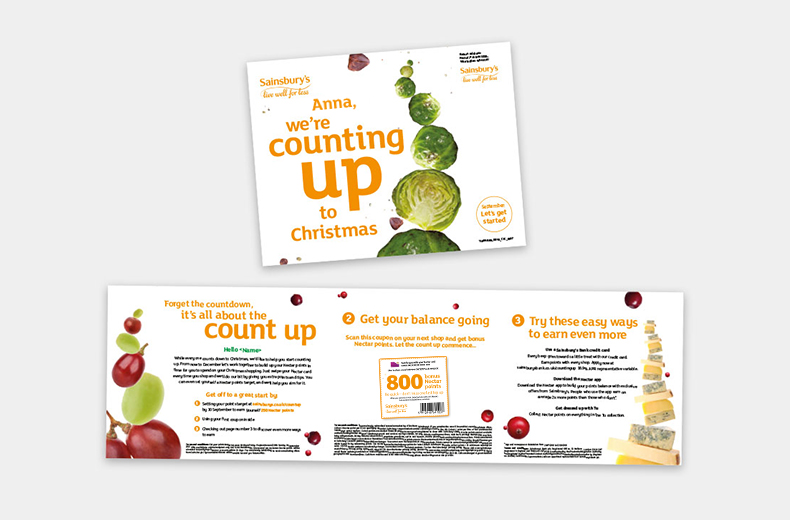 For Sainsbury’s, Christmas is the most wonderful time of the year. It’s an opportunity to really deliver against its promise to help customers Live Well for Less, by providing everything they need to make the most of the festive season with family and friends.

As we know, Christmas is an incredibly competitive season, and Sainsbury’s realised that if they wanted their customers to choose them for the big Christmas shop, they’d have to give them a great reason to stick around by ensuring they played an essential role in the lead up to the big day.

Sainsbury’s had identified that a key driver was Nectar points: customers were holding on to their points and building up a big pot in-order-to spend them at Christmas. We tapped into this point-collecting mindset, and played on our natural drive to pursue goals, with a campaign that would inspire Sainsbury’s customers to keep shopping and swiping in the run up to Christmas.

The launch, in September, invited customers to set a points target for Christmas, so whilst everyone else was counting down, they’d be Counting Up for Christmas.

From there, we used a mix of direct mail, email, coupon at till and programmatic to keep customers inspired and engaged in their count-up mission throughout the whole four-month period up to Christmas. We also provided a variety of reasons to keep them shopping at Sainsbury’s, from shopping inspiration to points-boosting coupons.

And if we spotted that customers were flagging, we tailored our comms to give them a nudge and help them on their way again. 108,000 people signed up and set a target, up from 40,000 the year before.

Our ongoing dialogue with these customers kept Sainsbury’s front-of-mind throughout the campaign, helping drive an impressive 82% participation rate. Our email open rate averaged 43%, with our best performing emails climbing to 73%.

Even more impressively, Nectar redemption rates were up on 5% on similar activity last year, and we achieved a 7% sales uplift too, despite going out to fewer customers overall.

In this instance we were able to get Sainsbury’s customers excited and motivated to participate because we recognised and rewarded them as individuals by helping them budget for Christmas through interactive gamification. In today’s sea of rewards and points, the future of loyalty belongs to the brands that realise rewards alone are not the answer, but more rewarding experiences are. 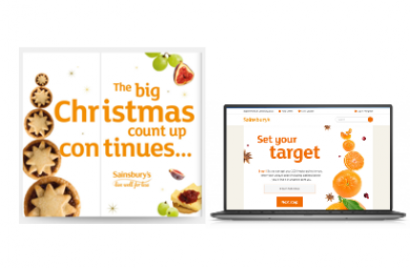 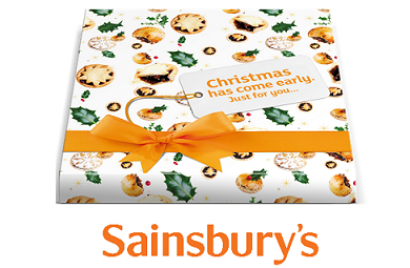 Seb is a strategist with 18 years’ experience working in advertising. At Table19 Seb is responsible for the strategic direction and delivery of targeted communications across DM, email and digital.