Jamie Peate, Global Head of Retail Strategy for McCann Worldgroup and self-confessed Manco-phile, takes a look at the city’s vibrant renaissance, showcases some of the work coming out of the metropolis and plays tour guide.

Tony Wilson, legendary founder of Factory Records and the Hacienda nightclub captured it perfectly: “This is Manchester, We Do Things Differently Here.”

Dig around and you discover Manchester is the world’s first modern city. A city that gave birth to the industrial revolution, mass production, the socialist movement, the campaign for women’s rights, nuclear science and the computer.

Manchester is a city that believes in free thinking, challenging the norms and the power of ideas to change the world.

Manchester has always championed change and has always tried to look forwards not backwards. The move from the age of machines to the age of information has not been easy. But Manchester has embraced this and is now truly a modern city for the 21st century with the digital and tech economy at its heart.

No wonder the BBC chose to relocate vast tracts of its empire here and the likes of Jaguar Land Rover and Amazon are setting up major tech hubs. Manchester has always been a young city boasting three top rank universities and a music school. This keeps the city dynamic, full of fresh ideas and cutting-edge trends.

It is surrounded by some stunning countryside which inspired the romantic poets and has two amazing football teams. But most of all it’s the people of Manchester that are its greatest attraction; friendly, a little ribald maybe, open, funny, not afraid to question but most of all welcoming of everyone. 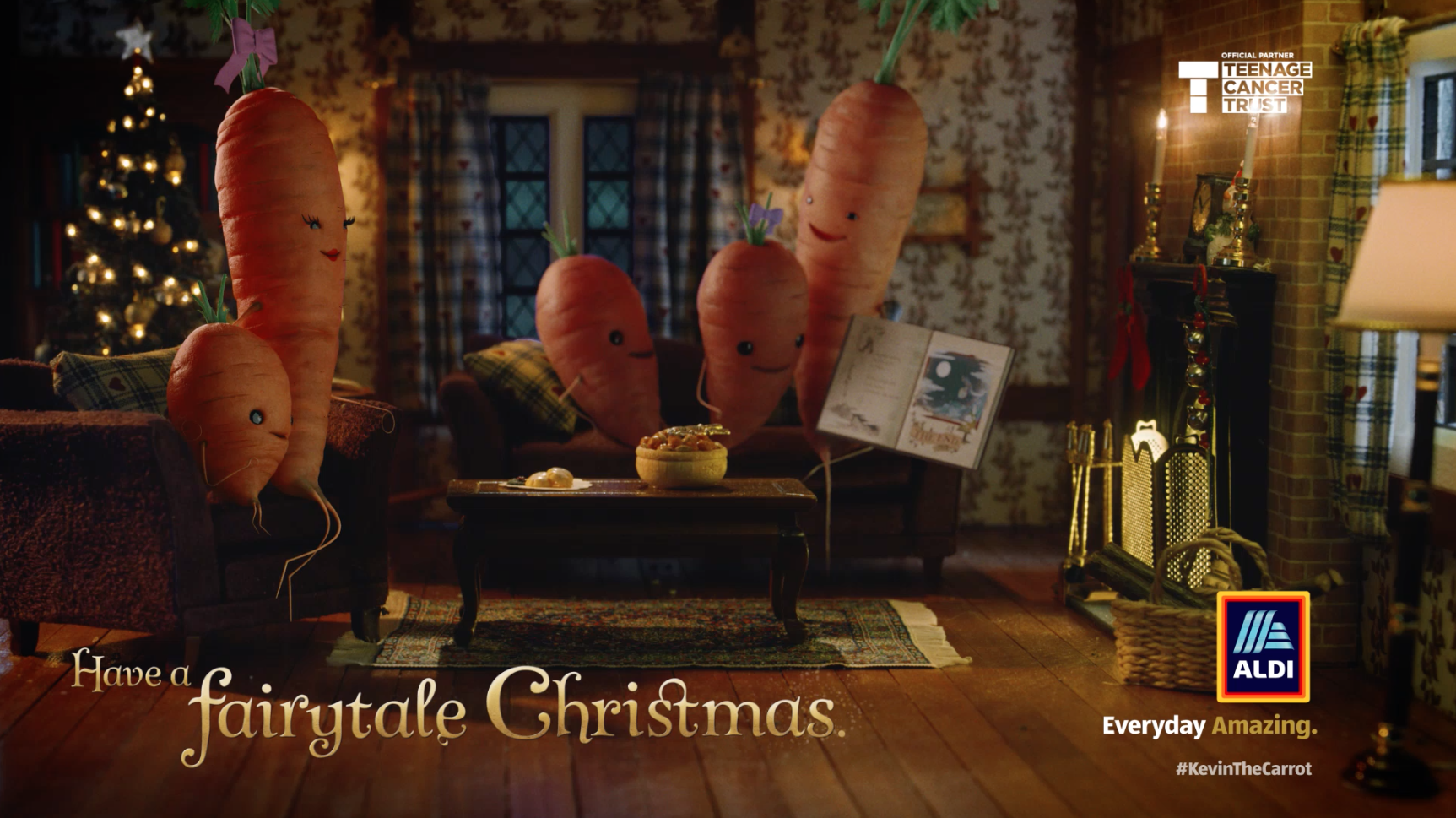 Despite only opening three new stores in 2018 and operating in a saturated and highly competitive market with lots of strong local players like Dunnes and Supervalu and big international players like Tesco and Lidl, Aldi was the fastest growing supermarket in Ireland at 4.2% sales growth. They also added the greatest amount of new market share, taking them from 11.1% to 11.3% of the total market. Aldi achieved this with a clever use of core creative communications like Kevin the Carrot and Swap and Save adapted to the Irish market, as well as bespoke Irish campaigns focussing on Aldi’s IRFU sponsorship, schools programme and Irish food provenance. Aldi Ireland had a particularly good Christmas in 2018 and successfully combined the brand building and fame of the Kevin the Carrot campaign with tactical product promotions that drove footfall and conversion throughout the whole Christmas period. They are a great example of making use of wider brand assets while still being agile and responsive to local market needs. 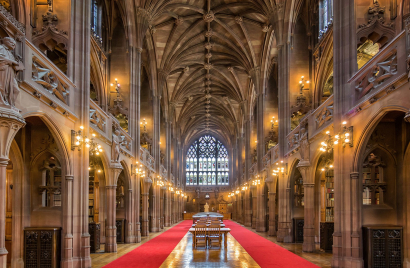 Four amazing places to expand your mind and give you a taste of the city’s culture, be that popular or highbrow. Manchester Art Gallery – fantastic Pre-Raphelite painters; Manchester Town Hall (currently closed I think for refurb) – Alfred Waterhouse’s Neo Gothic Masterpiece and beautiful interior featuring murals by Ford Maddox-Brown; Old Trafford / Etihad Campus if you like football; and John Rylands Library – home of one of the original fragments of the gospel of St John.

Smyths Toys Superstores, 'Driving Growth in Ireland and The UK' by McCann Manchester

In a sector where success stories have been hard to come by, Irish-based toy retailer Smyths Toys is a stand out example of the power of creative to drive results. Toy retailers have been attacked from all sides including pure play ecomms like Amazon, discounters. As a result, many like Toys R US have not survived. In this cut throat world of offers and disruptors, Smyths took the brave decision to invest in building a brand. They developed ‘Oscar’, their very own brand ambassador, and used him to show how the magic of a toy really comes to life once a kid plays with it. Combining Oscar with Beyonce’s ‘If I Was a Boy’ to produce ‘If I Was a Toy’ created a campaign that was impactful, memorable and above all shareable, generating reach and media coverage that the paid media spend alone could not have delivered.

Multi-cultural Manchester can cater for just about any taste and cuisine. Some of my favourites include Tom or Sam’s Chop house for black pudding / Lancashire Hot Pot / Lancashire Cheese pie; Tiffin Rooms / Bundobust for a curry; Hip Hop Chips Shop (trendy) / Kingfisher (Trad) – both in the Norther Quarter/Ancoats; Posh – MCR (formally Manchester House) / 63 Degrees / Adam Reid at The French (in The Midland Hotel where Charles Rolls first met Henry Royce); and The Curry mile – Venture out of the city down the Wilmslow Road and you’ll find some of the best curry houses in Britain in vibrant bustling Rusholme. 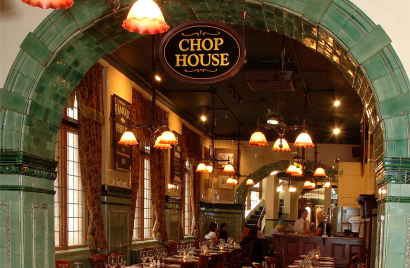 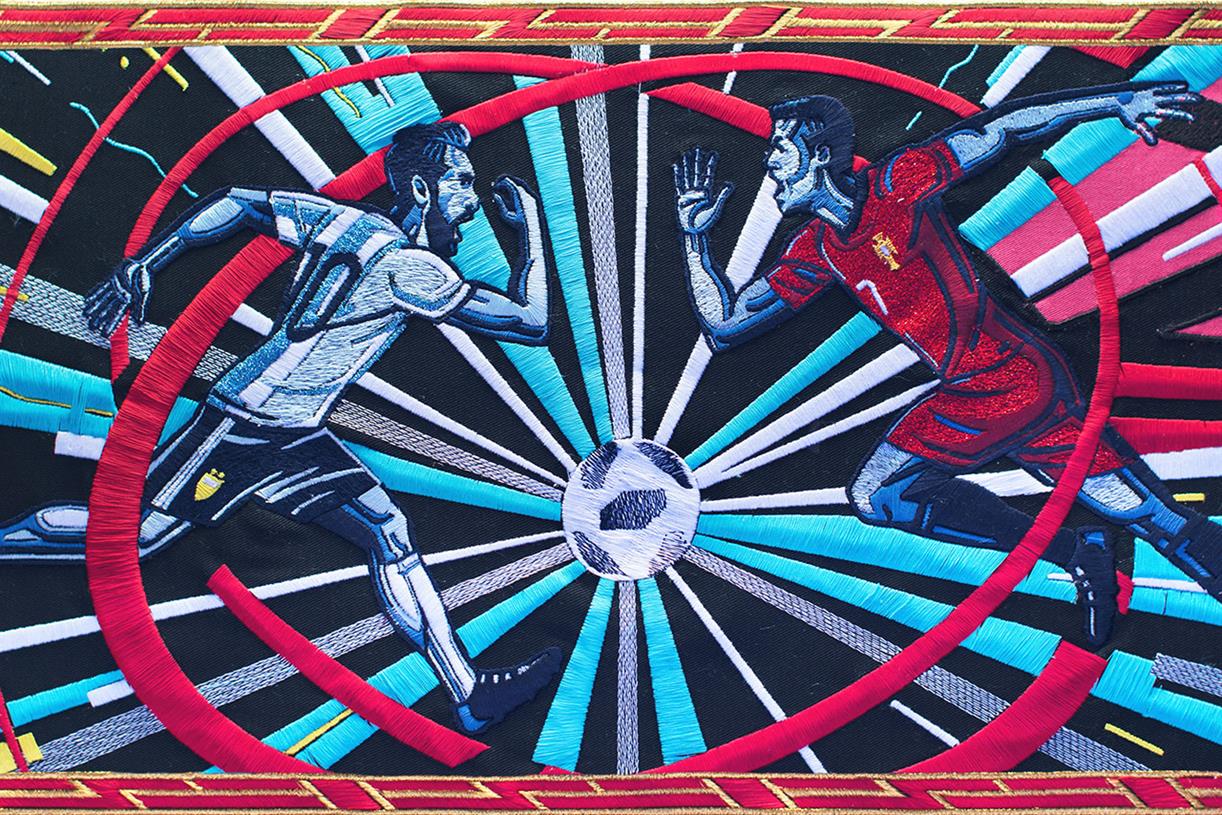 One campaign that massively stood out to us was from BBC Creative for the World Cup last summer. The World Cup has been awarded almost every four years, bar two occasions, since 1930. So, it’s no mean feat to produce something culturally relevant, innovative and globally engaging that does such a historical event justice. This particular campaign was the world’s first fully embroidered advert, and they haven’t missed a stitch. The hardest part of global work is to retains the magic of an idea in the translation process and it’s fair to say this campaign doesn’t just retain it, it thrives along the way. Exactly the kind of thing we should be creating in Greater Manchester.

Jamie got his first taste of retailing helping out in his parent's shop near Blackpool. After university he joined Lever Brothers Sales and Marketing and then went on to work on the Kwiksave and British Gas accounts at McCann. He formed Blue Banana, his own insight and innovation agency, in 1991 and worked with brands like Persil, Dove, Cif, Flora, Clearblue, Marks & Spencer and Kellogg's nationally and internationally. In 2010, Blue Banana became part of McCann Manchester and he now holds the role of Global Head of Retail Strategy for McCann Worldgroup.