Maybe it's because I'm a Northerner

Real-life, wherever you live, is worth talking about. We need to feature more regional accents, show the inside of more homes, and travel north of the M25.

The number of Londoners leaving the capital has hit a 10 year high, according to a report from The Guardian. A brave few are even heading to The North in search of greener pastures and let’s face it, affordable housing. But at what cost?

Too often the media would have us believe that people from the poorer parts of the UK are uneducated, benefit-scrounging Brexiteers. In fact this kind of view only contributes to those living in poverty having a ‘significantly lower sense of self-worth’ and ‘feeling excluded from society,’ according to recent research by LSE and the Joseph Rowntree Foundation.

In the words of Owen Jones in his book Chavs: The Demonization of the Working Class, “How did the salt of the earth come to be viewed as the scum of the earth?”

We all know the images that surround us everyday influence how we feel about ourselves and others. So, if society tells us that to be born poor is also to be inherently inferior, or worse invisible, there’s no wonder our country feels divided.

Social media only compounds this problem. We’re told Instagram is not real life, but even so we try to compete, and get sad when we can’t. These images tell us we shouldn’t be happy or content with what we have, so it’s no wonder anxiety and depression is on the rise, especially amongst the young.

But lately we’ve started to enter a new era of media, one that’s not based on aspiration, but real life. Where wealth is found in relationships and self-love, not in monetary assets and achievements society deems worthy.

Our industry has the responsibility to let people know that real-life, wherever you live, is worth talking about. We should do this by featuring more regional accents, showing the inside of more homes, and travelling north of the M25. I can promise you won’t be disappointed.

After a decade of negative publicity, McDonald’s sought to re-tell its story, focusing on rebuilding customer trust via myth-busting product truths and by bringing its much-loved menu items into moments everyone could really connect with.

‘Hen Party’ celebrates the McDonald’s breakfast. A group of girls gather their friends early in the morning from around a city and its suburbs before heading off cross-country for the weekend. They can’t help but pull up to the golden arches on the way.

‘Hands Full’ and ‘Grown Up’ are both set in seaside towns. Hand’s Full features two new parents figuring out the town with a new baby and highlights McDonald’s new table service option. Grown Up shows a dad and his daughter spending the day together. After a swimming lesson the daughter shows the dad how to use the McDonald’s new digital ordering system.

The films remind customers of their own relationship with the brand. The careful casting and choice of filming locations puts McDonald’s at the heart of your story, wherever you’re from. 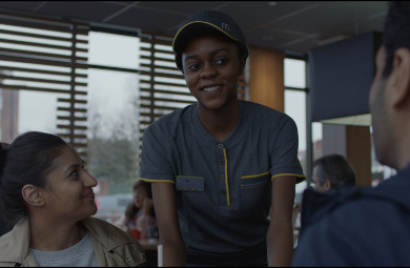 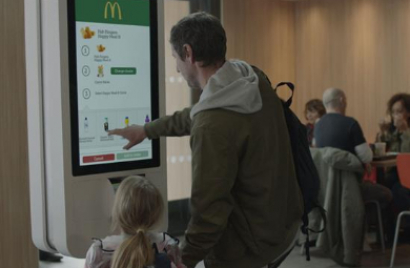 TransPennine Express ‘Where Next?’

This new campaign highlights local pride and friendly rivalries across the north. The playful ad by WCRS stars real locals from 25 different locations across northern England and Scotland battling in a sing-off to Broadway classic Anything You Can Do. Colourful characters ranging from beach lovers in Scarborough to drag queens in Manchester take turns boasting about the great things their city or town has to offer. 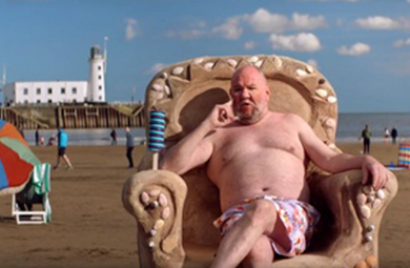 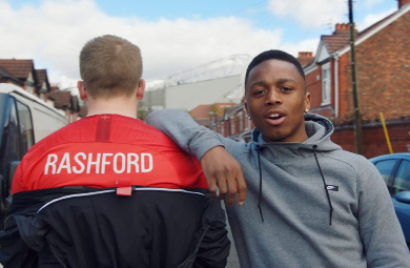 The Football Association enlisted young fans from across the country to announce England's squad for the Fifa World Cup in Russia this summer. The football-mad youth reveal which 23 players have been chosen by Gareth Southgate in a film shot on location in Wembley as well as across towns and cities throughout England. The young fans and players from grassroots teams such as Moorside Rangers in Manchester also pay homage to their own local idols.

McCain's ‘We Are Family’

McCain believes that families come in all shapes and sizes, just one mum, or maybe two dads, friends who are your family and grandparents who take on the role of parents. The brand celebrates this diversity in its ad which features real families from up and down the country enjoying mealtimes together. 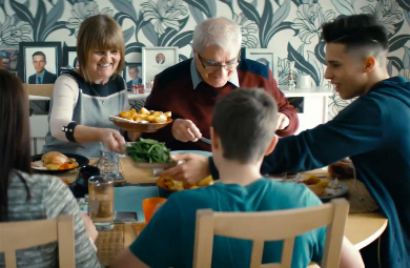