Creativebrief: As Vice President of MARS, what’s your primary focus on a day to day level and then on a greater, company scale?

I’m doing a lot of work at the moment on purpose, on brands that stand for more than just the obvious benefit for the brand, like making money. From a talent point of view, you’ll know that my passion is inclusivity but it’s bigger than that really. It’s, how do we create working environments that are going to be the kind of places that my son is going to work, want to work and choose to work at because it’s accepting, inclusive, flexible and it’s allowing people to be the best versions of themselves.

Creativebrief: What processes have you put in place to ensure you’re working with more diverse teams and how do you encourage this from agencies that you work alongside?

Mitch Oliver: It’s process and culture. Internally, we put some processes in place, so for example we started an apprenticeship scheme in marketing. We’ve always had them in engineering but not in marketing. We’re based in Slough where we have a hugely diverse population, particularly ethnic diversity but also socio-economic diversity. There are a lot of people who won’t go to university. How can we use that brilliant diverse talent and bring it into the business in marketing and sales?

MARS have kicked that off. We’ve done a similar thing with [AMV] BBDO where we’ve set up a scholarship for film school, which is incredibly expensive, particularly focused on attracting lower socio-economic groups but also women, who are massively under represented as Directors in the film industry and the advertising industry.

There’s also a whole bit about a culture of acceptance. You lead from the top by being yourself and that’s not a perfect human being. Saying that you’re not perfect, showing your own humanity, for want of a better word, that creates a culture. I really encourage my team to do that.

We’re looking to do some unconscious bias training in partnership with the agency in the next few months. I think doing it with the agency will be really powerful. Then obviously there’s the more direct things like being demanding of the agency. If we’re making an ad, we want to make sure the team on that ad is itself diverse or at the very least representing the diversity we’re going to show on the screen. It’s a multi-faceted approach.

“You lead from the top by being yourself and that's not a perfect human being. Saying that you're not perfect, showing your humanity, for want of a better word, that creates a culture."

Creativebrief: Is that what you think makes a successful client agency relationship, being on the same wavelength?

Mitch Oliver: Yes, and doing it together. At MARS, we believe in mutual relationships with our business partners so we have long term relationships with our agencies. We don’t change them every year and I think the massive benefit to that is, we're not sat in a pitch process where you’re saying, you need to show me your diverse team, which often results in some last-minute recruitment to sit in a room to tick the diversity card. Instead, in a long-term partnership we can work together and say come on this isn’t good enough. If I’m making an ad that’s going to tell the stories of an ethnic minority and I’ve got no ethnic minorities sat round the table, it doesn’t feel right. I’m saying, why don’t I see more female directors recommended when we see a script and they say, well we find it really hard sometimes to source them. So, we go OK, let’s work this out together.

For me, we need to have the confidence to make better, braver, bolder work and, frankly, less boring work.

Creativebrief: What MARS work have you been most proud of over the last year?

Mitch Oliver: It’s obviously the Maltesers work featuring women living with disability. The team have won more awards in the last year for that work than we have ever won, but the real priority is the impact that it’s had. The impact on an associate point of view, that’s what we call our employees at MARS, and on the people who have shared their own disabilities because we’ve made the ad. The impact it’s had at an industry level where we are now represented on a business leaders group to reduce the disability gap in employment. It’s had an impact at brand level. Consumers’ affection towards the brand we hoped would go up by 10%; its gone up by 20%. From a business point of view, we’ve sold loads more. We expected 5% more, we sold 10% more.

At every single level, at every metric, I think it’s such a wonderful example that you can do something that has a positive business impact and a positive impact on society and that you don’t have to trade those things off against each other.

Creativebrief: That was part of the Channel 4 competition. Was it something that you were thinking about before that competition or was it particularly spurred on by Channel 4 and their efforts?

Mitch Oliver: We were working on how to make our advertising more inclusive. We realised we’d done an audit and it was pretty poor. It was unconscious. We hadn’t got there by being un-diverse, we just unconsciously had ended up with a very narrow segment of society represented in our ads.

We were working on how, across all of our brands, we could be more inclusive and were having conversations with AMV BBDO about it and then, to be fair, it was BBDO who came to us and said we’d like to have a go at this competition. Channel 4 played a massive role in catalysing us to move from talking about stuff to doing stuff. That whole programme was just inspired because, by offering the prize, it helped take some of the risk out. I’m massively grateful to Channel 4 for their initiative. I would add, the ads have been so successful, they are our core Maltesers ads on air right now.

Creativebrief: Feeding on from that campaign, the theme for BITE LIVE this year is From Insight to Action. Can you talk about a piece of insight that you put into action? Maybe the insight that led to the MARS disability ads?

Mitch Oliver: On a macro level, the insight is, viewers of ours were getting fed up of not seeing themselves, their partners, their children, their parents or their neighbours, reflected on our screens and advertising is actually the worst culprit of that. Worse than films, worse than soap operas. It’s a pissed off factor.

We know 85% of purchasing decisions are made by women and yet there are two times as many men in adverts than there are women, and they have four times the share point. It’s pathetic. They [men in ads] talk with a language of power, intelligence and influence, whereas 1 in 10 ads show women in a state of undress, six times more than men. That’s just women, that’s just gender before you even think about disability. Twenty per cent of the UK population live with a disability; 0.06% of ads show people with a disability. I could go on.

There’s an insight about representation but then there’s a much, much more macro insight on disability. People living with a disability are getting really fed up because we either assume they need to be pitied or they are Paralympians and superheroes. And actually, they don’t want to be pitied nor treated as superheroes. I love the Channel 4 Superheroes work but the role of Maltesers was to tell the stories of women living with disabilities just as people, not the pity or superhumans. That was a massively powerful insight.

We worked with Scope [the disability charity] and we rang groups of women living with disabilities to tell us their stories; that’s where the idea came from. It genuinely was an insight to action.

“I think [the Maltesers work] is such a wonderful example that you can do something that has a positive business impact and a positive impact on society and that you don't have to trade those things off against each other."

Creativebrief: Why did you join MARS? What attracted you to it?

Mitch Oliver: I joined MARS 23 years ago, straight out of uni. I’m a dying breed of people that have stayed with the same company all their life. I joined straight out university in a graduate training program because it meant I tried a bit of everything and I had no idea what I wanted to do. It meant I was in the factory, I worked in sales and marketing. It was a great training ground for someone who didn’t know what they wanted to do.

I thought about management consultancy but I didn’t do it for two reasons. One, I didn’t want to work that long hours; life is short and I wanted to do more than just work. Secondly, I really like the fact that we make stuff [at MARS]. I love the fact that there’s a tangible product.

Creativebrief: Twenty-three years later, what are your ambitions for MARS going forward over the next few years?

Mitch Oliver: My biggest ambition is that MARS can be at the front foot of the new leadership, the new way that businesses work. The whole command and control leadership is dead. We’re businesses now that have to look at the diverse talent that we have and be flexible and authentic and allow people to come to work and be the same self at work as they are out of work. Because I’m such a passionate believer in people, I have absolute confidence that MARS is going to embrace that.

We’ve historically been very good at developing great talent and then exporting it, whether that’s for Marks & Spencer, Tesco or with other CEOs. I think we can now, in this new era of leadership, be one of those businesses modelling the new way that people work.

As a consequence of that, we’ll be well placed to understand what the next generation want from their brands and from their workplace. 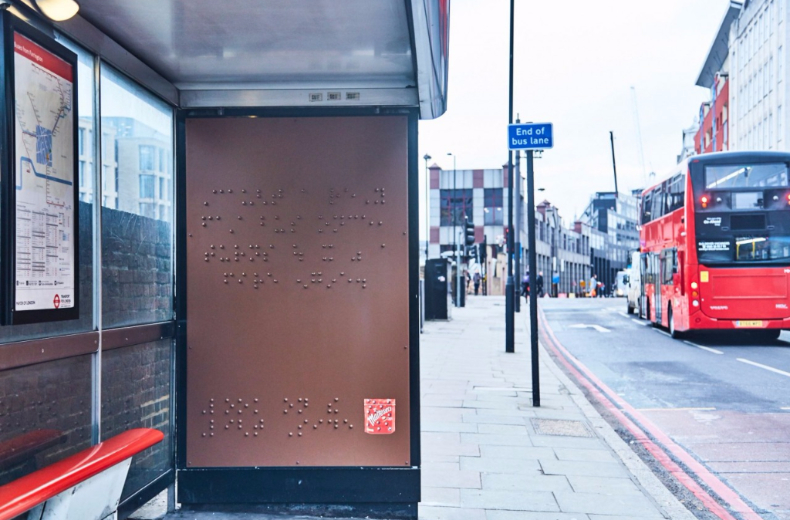 Creativebrief: Outside of your industry, who are what are you inspired by personally?

I’ve really been inspired by Channel 4 as an organisation. They live their values, whether that’s through program content or in their offices. They totally embrace this concept of inclusivity, diversity and authenticity, making programs that constantly push the edges.

People like Stephen Fry, you’d almost call him a national institution now. But his bravery to be fully himself in an environment that wasn’t that accepting at all and he talked about mental health, about his sexuality, I just think it’s awesome.

Mitch will be speaking on the Diversity Panel at BITE LIVE 2017, alongside Nadya Powell, Zaid Al-Zaidy and Jude Kelly