3D content is being used across a variety of media with the aim of engaging audiences, whether it’s through empowering e-commerce with product demos or eye-catching online ads.

And Out of Home (OOH) should be no different. The rapid digitalisation of OOH gives 3D content a new platform to shine on, and we are seeing different examples of this across the industry.

A fresh perspective in OOH

The latest trend in OOH is 3D anamorphic content. Something that was first captured in China, it confused many audiences online who couldn’t explain what they were seeing. Most thought the screen itself was moving, perhaps the result of a breakthrough in LED technology where individual pixels moved out from the screen. And while 3D robotic billboards do exist, this wasn’t it.

The reality was clever creative direction that used a centuries old technique, anamorphic perspective. Something that far precedes digital media, as early as the 16th century, and more recently found its way into street art illusions. 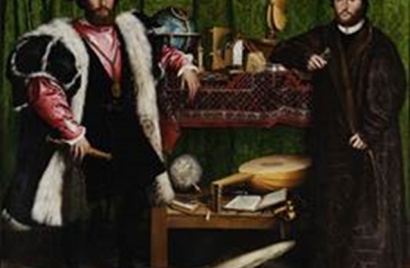 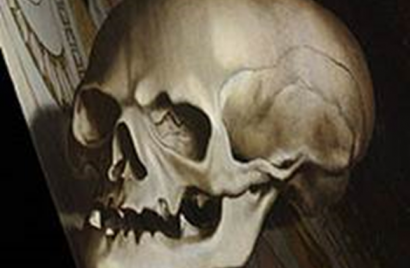 This therefore isn’t new technology, its new content. A creative combination of techniques that includes shadowing, scene setting, fixed light sources and perspective that can be used by any advertiser to give the illusion of 3D depth on flat DOOH screens.

Designing in 3 dimensions like this provides more room for creativity. Designers can layer artwork in the fore, middle and backgrounds to create depth, with 3D objects passing in between these frames to trick the audience’s eye.

Innovations in the use of curved screens, accompanied by the warping of content written into templates of full motion digital screens in a 3D environment, has led to impressive 3D anamorphic content and the production of stunning 3D illusions when viewed at a specific angle.

Capturing the illusion at the right angle has enabled brands to amplify their campaign’s reach on social media and our LinkedIn feeds can’t get enough of it.

But be careful! Due to the rapid adoption and high social interaction these videos create, there have been those trying to trick the public, playing off the initial confusion that existed around 3D anamorphic. Clever editing can make the impossible seem possible. As a basic rule, if it’s outside the border of the screen, it’s not real!

While great at a fixed angle and clearly loved on social media, 3D in outdoor shouldn’t be just about anamorphic content, and brands can consider other creative ways to use 3D content that can surprise and delight audiences outdoors.

For example, audience detection software enables content creators to know where audiences are standing in relation to the screen and can deploy creative techniques that alters the perspective and enable audiences to see all angles of a 3D object on screen – the opposite of anamorphic content.

For example, if there’s a trainer on the screen, the audience member can simply move left or right to look around the shoe because the technology tracks audiences and adjusts the digital content accordingly.

If the 3D object has more to explore or even customise, interactive touch screens provide the right platform for further interaction. While consumers are used to this level of interaction via e-commerce platforms such as Nike By You Builder or online car configurators, it’s not something we see a lot of in outdoor - and yet in certain environments it’s the perfect location. Brands can create 3D touch-enabled experiences or re-use online 3D platforms to scale this across networks of screens, for example in malls to enhance the shopping experience.

Spectacular 3D designs sometimes need to break the parameters of OOH formats to do them justice. In this case, developments in web-based augmented reality allow brands to showcase 3D content in the real-world. AR experiences can be viewed through user’s phones and triggered by any poster – resulting in a scalable solution that brings posters to life.

This evolution may lead to the further use of holographic images where 3D content takes centre stage. We have seen many methods used to create holographic images, but the most advanced method uses high-speed LED fans to ‘floating’ holograms. We have already seen an influx of holographic campaigns across Europe and each one displays 3D content like something out of sci-films. It’s expected that 3D will play a bigger part in creative outdoor advertising moving forward. OOH has already made enormous steps from static images/posters to full motion digital media that has enabled 3D videos in a relatively short time period, so who knows what futuristic, creative imaginings could become a reality next?

*Images: Holbein’s The Ambassadors (1533) with its anamorphic skull, only viewable in proportion from a specific angle. Now on display at the National Gallery.

Clear Channel Senior Producer, David Hill, has taken a look at the latest trend in creative outdoor advertising – 3D. Exploring the anamorphic creative technique in more detail and the other ways in which brands can add another dimension to their OOH campaign.