In a couple of decades, humans have managed to change what evolution built up over hundreds, thousands of years. We claimed control over nature as our right without fully exploring the consequences of our actions. With their latest project, Patagonia point out that “the road to extinction is paved with good intentions.”

The ocean covers just over 70% of the world’s surface. Yet around 80% of it remains undiscovered, unmapped or unexplored, according to the National Oceanic and Atmospheric Administration. While the 5% that humans can confidently say we have explored, we are determined to harness for our own ends, especially when it comes to finding, procuring and even manufacturing our food.

Globally, there were 10 million spawning wild Atlantic salmon in 1970. Today there are only 3 million left and almost 8 million Atlantic salmon are farmed annually in Iceland. It is estimated that this number to treble within the next few years. These are just a few of the statistics that Patagonia want their consumers to not just understand, but to take action to change.

In a couple of decades, humans have managed to change what evolution built up over hundreds, thousands of years. We claimed control over nature as our right without fully exploring the consequences of our actions. With their latest project, Patagonia point out that “the road to extinction is paved with good intentions.” Artifishal is a documentary film about the fight for the future of wild fish. It explores “the arrogance of man” when it comes to humanity’s repeated attempts to control nature, a phrase coined by Patagonia’s founder Yvon Chouinard.

The documentary takes viewers back into the wild, highlighting the damage that over-fishing can and has caused to both the fish population and the environment they thrive in. It looks at how humanity has attempted to manufacture wildness, or something similar, examining the ecological, cultural and financial costs of these engineered solutions. “Fish is the only animal in the world that we raise and release into the wild by the billions…and expect it to return no worse for the wear” says Josh Murphy, the film’s director.

Alongside the film’s release, the brand is directing viewers to sign an EU petition to impose a ban on all new open net farms and commit to phasing out existing ones. Within Europe, the brand is focusing on Norway, Scotland and Iceland, the three biggest EU markets in terms of fish farming export. Patagonia want to raise awareness of the issues presented by the artificial propagation that takes place in fish farms which, although originally introduced to preserve wild species, is now known to kill native fish and destroy habitats.

The documentary is part of Patagonia’s long-standing commitment to the environment. The brand, which was founded in 1973 by a 34-year-old climber who was simply looking for better gear to climb in, has become synonymous with being a good corporate citizen in an era in which consumers are increasingly placing their environmental impact under the microscope.

Environmental ethics have always formed the backbone of the organisation. From protecting the Ventura River in the 1970s through to pledging their tax saving of $10 million in 2018 to help climate change, to date they’ve donated more than $104 million in grants and donations to grass root organisations. As a certified B Corp brand, and as a business, they’ve always voted with more than just their mouths, putting pressure on governments and law makers while fighting to bring about essential, fundamental environmental change. 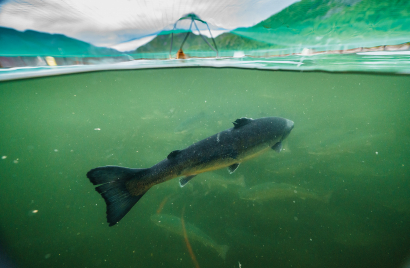 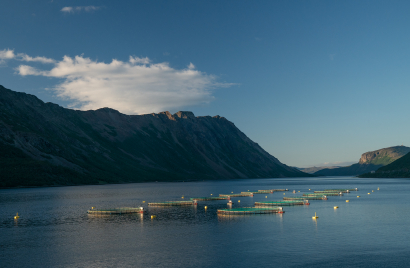