To see or not to see, that is the question

Today we live in connectivity overdrive. We fail to notice what we see, moreover our brains are trained to shut down to messages if over exposed.

What did you see on your journey today?

The same thing you pass every day and didn’t give much attention to? Or perhaps something that jolted you because it was new or different?  Most likely you were wired up to a device and weren’t even conscious of your surroundings right?

I walked past a guy in central London today carrying an eagle. An eagle. I’ve no idea why but the point is I saw it. No phone in hand, head up, looking, laughing.

However this is definitely the exception, not the rule, because today we live in connectivity overdrive. We fail to notice what we see, moreover our brains are trained to shut down to messages if over exposed.  Habituation, the psychological term for this autopilot mode, is something that affects us every day and more often than ever.

You might tune into building work in your local environment but gradually somehow seem to block it out. It just becomes buried in the subconscious.  Psychologist Rankin* talks about this phenomenon as simply a decrease in response to repeated stimulation.

The bigger issue with habituation is that when we stop seeing things we fail to be influenced by them. We don’t take action and in the real world advertisers are paying the price for this.

So, how does a brand circumnavigate the tuning out?

Rankin talks about shaking up the stimuli, something that’s going to give the man on the street that ‘jolt’ and get them to tune in.

In the agency world we use creativity and imagination to create that jolt effect and with it an attempt to move the consumer from habituation into a more positive state, like selective attention. A cleverly worked marketing campaign can lodge itself in the subconscious mind. With this brings the increased likelihood of action.

This is all fine and well if a brand has deep pockets: engage creative teams, shift media channels, shake it up.  But how do brands or organisations do this when they have little or no budget? 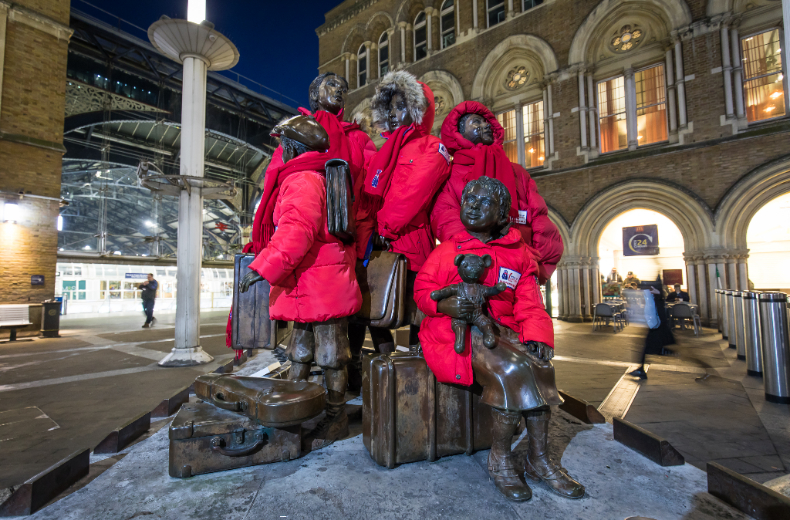 50%
people donating claimed the statues had prompted them into action

Hands on London is a UK based charity that was established in 2010 and works as an intermediary for not-for profit charities, community groups and volunteers.

Sense selected Hands on London as our annual “No Time to Waste” charity of choice, in which the agency donates a proportion of pro-bono time to a charitable cause.

Each year the charity runs the Wrap Up London campaign, setting out to gather old coats from people who no longer need them and distributing them to people who do like the homeless, women fleeing domestic situations, low income families and refugees.

Volunteers are placed at tube stations around our capital for two days with the aim of grabbing the attention of Londoners, a prolific auto-pilot audience, and encouraging them to donate.

Our challenge was to get Londoners to see what is right in front of their face every single day, but which generally remains invisible. If we could get them to spare even one additional moment to consider what it would be like to be on the streets when the cold set in, then we could probably get them to give up that old coat that’s only gathering dust at the back of their closet.

Sounds simple? Well that’s what every charity thinks. But just because you’ve got a worthy cause doesn't mean you have people’s attention. Just like any other brand, you have to earn it.

The homeless form a large proportion of the recipients. But they aren’t the only invisible figures on our streets. Once we’re settled into our routine it’s amazing how much of our surroundings we take for granted, and never look twice at. Our thinking was that if we could get people to pay attention to the other silent figures we pass every day, then the presence of the homeless would be put into sharp relief.

So, we got cozy with London’s statues.

We toured the capital, clothing iconic figures including Amy Winehouse, Sherlock Holmes, and the refugee children of Liverpool Street in toasty red parkas, each with Wrap Up’s call to action sewn onto their breast as a label.

Even if you, like millions of other Londoners, had passed these statues in habituation mode almost every day of your life, you couldn’t help but do a double take after this.

The message of our activity was so clear it needed no explaining at all. Like the very best advertising campaigns the concept said it all, and the only thing left to be communicated was when and where you could leave your coats.

Needless to say, this wasn’t just about the millions of passers-by who saw this execution. Articles appeared in the Metro, HuffPost, The Independent, and Time Out amongst others, as well as interviews on radio stations such as Heart and LBC.

We managed to stay one step ahead of one of the fastest deteriorating social problems in our society today whilst jolting Londoners out of their blindness to an issue they all know about, but which few truly engage with.

Creatively, the campaign had very few moving parts, was quick to execute, and even quicker to communicate.

The recipe of this real world approach? It tapped into the audience behaviour, not only addressing the need to be noticed. It was memorable.  It disrupted the auto-pilot with a jolt. It created action when it counted. 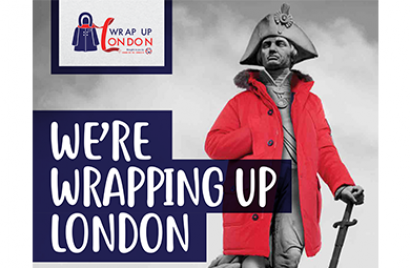 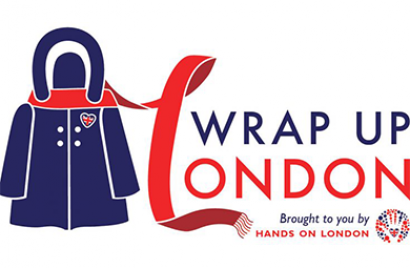 Lou ‘s marketing career started at integrated agency Triangle Communications on its inaugural grad scheme before specialising in Triangle’s spin off experiential agency, LIME. There she joined MD Nick Adams with both moving on to set up Sense after Publicis acquisition of LIME in 2005. Lou is responsible for agency culture, New Business development, Marketing and PR. Outside of agency life, Lou’s passion lie in all things Spanish, boutique gins and League One football.