Just 6.7% of senior roles in football are currently held by people who identify as Black or mixed Black heritage. This shocking figure is at the heart of musician’s Stormzy’s move to team up with Adidas to create #Merky FC to move the dial on diversity in football.

#Merky FC is a programme dedicated to providing more diverse representation within the UK-based football industry through career opportunities and mentoring.

The desire to become a professional footballer for young, Black British people is significant to 64% of the community, yet only 0.012% of young people will go on to make it as a Premier League professional. These disheartening findings reinforce the need for more opportunity and support on and off the pitch.

To tackle the issue, #Merky FC will launch in January 2023, following an application process which kicked off in early November. The leading brands involved range from football clubs such as Manchester United and Fulham FC, to sports platforms Sky Sports and LADbible. Each brand will provide work placements from operations and community to creative and marketing within their businesses. 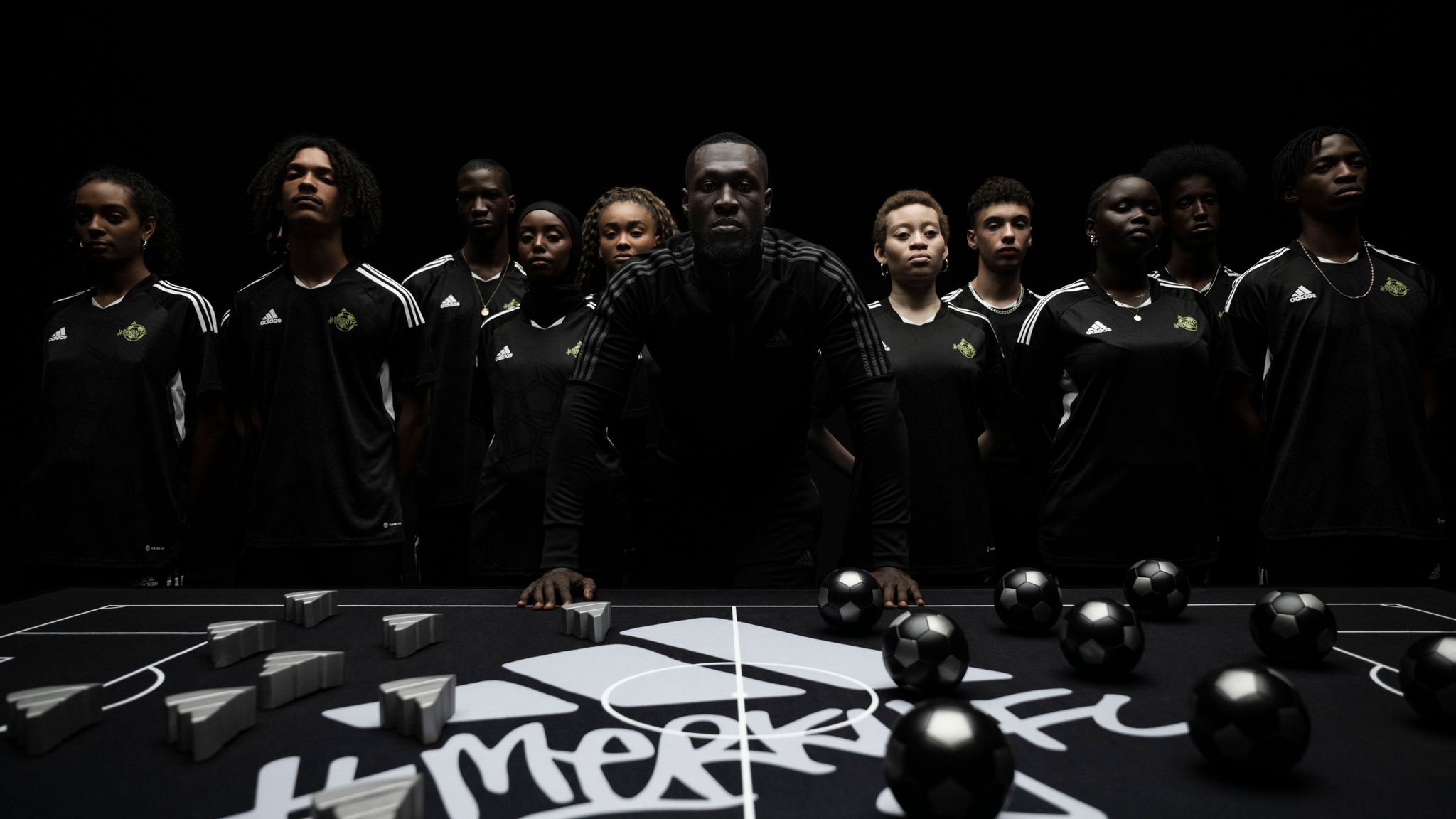 On average, at 14-17 years old the dreams of becoming a professional player are at their peak for young people. However, data reveals a surprisingly low proportion of young Black British men (26%) aspire to have a career in football off the pitch. Just 12-14% of respondents believe that they would be considered for roles such as physiotherapy or TV presenting.

As passionate as they may be about football the research reveals that many have faced barriers due to their ethnic background. Furthermore, young Black women also face additional barriers to entry with the majority (52%) saying they want to secure a role in football, yet 40% don’t think they would make it because of their gender.

One of the biggest challenges #Merky FC faces is improving the awareness and access to information on the diverse range of footballing careers available  off the pitch. The programme hopes to bridge this knowledge gap and convert increased understanding into new opportunities for young people of Black heritage.

Commenting on his hopes for the programme, Stormzy explained: “Through the #Merky FC initiative we hope to inspire real change within this field as part of my wider commitment to support racial equality in the UK. With the support of adidas and the additional 10 partners, we will be in a position to aid the people who may have experienced disadvantages during their football career pathway.”

Stormzy resonates with many young people of Black heritage, a role model for those that have a desire to achieve success in their future careers. From his experience in creating equality in education and the workplace, #Merky FC is a perfect example of an inclusive initiative which is about more than just generating PR headlines. Here is a programme which will open doors to young people which have been closed for far too long.