NABS inaugural WellFest was the first-ever conference dedicated to workplace wellbeing for the advertising, media and marketing industries, examining mental health, leading honestly from the top and how to bring your whole self to work.

Prioritising mental health in a targets driven environment is one of the biggest challenges facing the industry. In the last year, NABS has seen an uplift of 28% in calls to its helpline, which equates to around 100 calls per month. That’s 100 people who are struggling with some aspect of their career or more broadly their life within the advertising, marketing and communications industry.

So, NABS decided to host WellFest, the first-ever conference dedicated to workplace wellbeing for the advertising, media and marketing industry. It was a day of open, honest conversation that saw leaders speak about how they lead by example when it comes to personal wellbeing, how we all need to contribute to building a culture of trust and how every single person should be treated as an individual. As Asif Sadiq MBE, Head of Diversity, Inclusion & Belonging at The Telegraph, explained, “treat people as individuals; one size doesn’t fit all.”

WellFest championed the power of the individual and the brilliance they can bring to a workplace when they are given the space to be true to themselves. Gian Power, Founder and CEO of TLC Lions, emphasised the need to operate with empathy and to remember that “everybody here has a story that often we know nothing about.”

Everybody here has a story that often we know nothing about.

Bring your whole self to work

The importance of building cultures in which individuals can bring their whole selves to work was top of the agenda. Yet Karen Blackett OBE, WPP UK Country Manager & Chairwoman, MediaCom UK & Ireland warned that many people are “covering” at work. This means they are concealing parts of their true identity that might make them stand out from what is deemed to be “normal”. She revealed that 61% of people admitted to covering their true identity; a figure which rises to 66% for women and into the 80s for LGBTQ people, according to research from Deloitte University.

To face up to this challenge, workplaces need to recognise the individuality of their employees as well as acknowledging that certain initiatives will work better for some than others. This is something both Juliet Harris, Group Chief Talent Officer at Publicis Health and Sadiq spoke about.

Harris lifted the lid on Headline, the internal programme that has been in the works for the last year at Publicis. The agency partnered with Robertson Cooper, the business consultancy, to undertake a survey of every single employee in the business. This, she said, meant that the programme, “ended up being the voice of our people.” What Headline aims to do, alongside demonstrating the agency’s commitment to workplace wellbeing, is “give people space to take control of their own mental health.”

For Sadiq, it’s vital that workplaces don’t make assumptions when it comes to what their employees need. He adds that people should “be treated as individuals, not predetermine what we think is good for them.” Speak to your staff, find out what works for them and give them the space to express that. Because, as the author Nikki Owen explained, “if you’re always in survival mode, you leave no space to grow.” 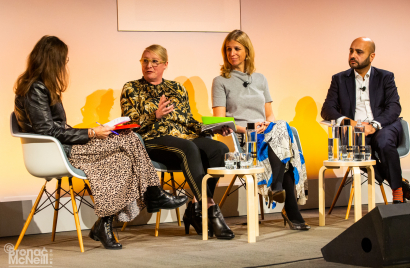 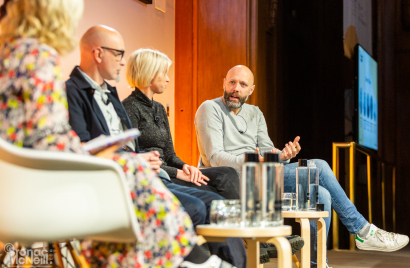 Listen to understand, not to fix

While many leaders on stage pledged the importance of listening, what many highlighted was that this process needs to be one of listening to understand, not to fix or to judge. This was something that the singer and mental health campaigner Will Young spoke passionately about. Sharing his own experiences of depression and anxiety, he revealed how much one simple phrase from those around him really helped. “There’s this wonderful phrase, how can I support you? So often we want to fix; just listen instead,” he noted.

Harris spoke openly about Publicis’ attitude towards workplace wellbeing before the introduction of the Headline programme. She said, while there were many initiatives in place, there was nothing big enough to provide support to every single employee across their business. For her, it “felt we were just sticking a plaster over an issue rather than really looking underneath it.”

Blackett spoke about the importance of letting go of the feeling that, as individuals, we need to correct and solve every problem. She explained, “we need to stop trying to fix everything and just stop and breathe.” While Blackett focused on what an individual can do for themselves, the body image and mental health campaigner Natasha Devon MBE gave advice on what we can do to support each other: “Ask how are you, more than once.” It’s in the repetition of the question that you end up really being able to listen, she explained.

If you’re always in survival mode, you leave no space to grow.

The power of sharing was placed under the spotlight at WellFest as leader after leader spoke powerfully about their own experiences. Claire Sanderson, Editor-in-Chief of Women’s Health, told of how, when she was first thinking about talking openly in her workplace about her depression, those in senior leadership positions above her urged her not to. They were worried she would become “the editor with mental health issues.”

Sanderson did it anyway and, she said, that “Speaking openly about it helped me to accept it. Hearing me speak gives people hope.” As Will Young noted when it comes to mental health, “The hiding is the worst part; 50% of it goes once I’ve shared it.”

Katy Leeson, MD of Social Chain, was on a panel chaired by BITE’s Managing Editor Nicola Kemp exploring how individuals dare to thrive in the office. Leeson spoke of her own struggles with imposter syndrome when she became MD at a very young age. Her speaking about it, she says, “gave people in my company the space to be true to themselves.” Leeson also opened up about her experience of miscarriage, a subject not often, if ever, spoken about by business leaders. She said she talked about her experiences on her podcast and was incredibly nervous to put the episode live. But, she explained, she did, and the “reaction from people was so powerful.” As she believes today, “my openness allows others to be open too.”

Build up a culture of trust

The transformative power of the media, creative and marketing industries to remove the stigma surrounding mental health was also evident throughout the day. Devon spoke about the initiative she’d worked on with Bauer Media, the ‘Where’s Your Head At?’ campaign, which has successfully lobbied for equal provisions to be given to both physical and mental health in the workplace. This is essential, Devon noted, when “75% of millennials feel worried about talking about their mental health at work.” Giving people, especially managers, the tools to be able to have difficult conversations will help to build up a culture of trust within businesses.

For Sanderson, a “culture of honesty and openness” is essential for her when it comes to how she deals with her depression. It gives her the space to “lead by example, in terms of my holistic wellbeing. From leaving work on time to taking a lunch break and being open about my mental health.” When asked how she manages her lowest days with running a successful magazine, Sanderson highlighted the trust she knows she can place on her team. She knows she can be open about what she’s actually going through and so in turn, empower those around her to do the same.

Diana Tickell, NABS’ CEO, spoke about the importance of trust, especially when it comes to flexible working. Indeed, it’s something that will only work for both the individual and the company if there is implicit trust within teams between managers and employees. For Tickell, what’s always been apparent is that “higher levels of wellbeing equals higher levels of performance.” Treat your employees with kindness, empower them to operate in a way that suits them and your business will be better in the long run. Tackling mental health in the workplace is no easy challenge but it is nonetheless vital in order for both businesses and individuals alike to thrive. 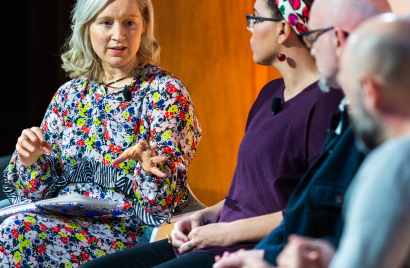 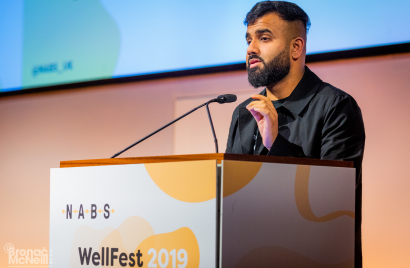 Practical tips for workplaces and individuals

Top tips about how to run open, inclusive workplaces and how to operate in them as individuals.

This Dry January, Seedlip wants people to Drink to the Future

Four years ago Seedlip launched the first distilled non-alcoholic spirit. Fast-forward to 2020 and the drinks landscape has shifted dramatically.

The new nostalgia: Why brands are embracing the roaring twenties

As a new decade dawns, a fresh aesthetic of nostalgia is emerging according to Shutterstock’s annual Creative Trends Report.

Businesses that want to succeed and retain the best talent should heed Karan Tattersfield’s advice that sometimes, a cup of tea and a bit of humanity will succeed where structured policies might not.

With the 2020 campaign, This Girl Can demonstrates its commitment to both tackling and dismantling long-entrenched social stigmas around female exercise.