I’ve heard there are large numbers of Poliwag in my area? But Poliwhirl are difficult to find. Yes I’m talking about Pokemon Go - the Augmented Reality app that brings gaming into the real world. The global success of Pokemon Go presents a massive opportunity for marketers.

At Cannes Lions this year, it was Product Design Jury President Amina Horozic who said, “Technology should be seamlessly integrated into our lives, so we don’t talk about analog and digital, we just talk about solutions.” Mixed Reality takes this one step further by combining endless virtual possibilities with real-world exploration.

Our obsession with Pokemon Go

In the US Pokemon Go has already attracted over 21 million active daily players, spending on average 33 minutes and 25 seconds a day (which is greater than Facebook at 22 minutes). Players are encouraged to explore local neighbourhoods to find, lure and catch Pokemon for their Pokedex. To advance through the game, players need to team up in real world locations. This combination of on and offline interaction gives a whole new meaning to the term ‘social media’.

Currently revenue in the US and UK comes from purchasing in-game Pokecoins, which can be swapped for Lure Modules (a sort of Poke-vacuum). When the game launched in Japan, McDonald’s became the first official sponsored location. Going forward there will be an opportunity for businesses to feature on the virtual map or as virtual power-up stations, where players are encouraged to meet and exchange their time for Pokecoins.

Pokemon Go has brought about a new dimension to gaming, accessible to anyone who owns a smartphone. It’s created a new social space whereby players combine their physical and digital worlds. While this gaming phenomenon has catapulted AR into the mainstream, there are other sectors using the technology to seamlessly integrate our on and offline existence.

The possibilities for image recognition

At Cannes Lions this year London-based Blippar invited creative agencies to sign-up and trial their new AR content creation software. By pointing a smartphone camera at an object the technology will recognise the item and transform the screen into a visual search browser filled with relevant information.

This instant physical-digital connection provides new opportunities for brands. Max Factor customers can use Blippar to scan products for reviews, tips and buying options. Over time as the tool learns from customer behaviour, there’s the potential to deliver a more personalised service, from product ingredients to bespoke offers.

At Wired Retail, Si Brown of AR company Skingz, told the audience, “This is shopping at a real micro level…Purchasing for me isn't just about paying money, it’s about the whole transaction. At Glastonbury, imagine if festival-goers could hold up their phones to find out who’s next on a specific stage, and then get money off album purchases.”

While the ubiquity of the smartphone makes this technology available to everyone, there are the lucky few who have been trialling Mixed Reality head-gear. If you have a spare $3,000 you can get your hands on Microsoft’s HoloLens Development Edition. There’s always a level of scepticism when it comes to new technology, but initial reviews of the product have surpassed expectations. From routing wood to catching Pokemon, this technology has myriad applications.

We’ve only seen the tip of the iceberg. In May the Founder of Wired, Kevin Kelly, wrote about Magic Leap; a company he described as “the world’s most secretive start-up.” When visiting their Florida office he saw “human-sized robots walk through the actual walls of the room, which could be shot with power blasts from a prop gun.” They are yet to release a beta version of their head-gear, but the industry is waiting.

With the future of AR and MR looking promising, there are already some brands testing the limits of the technology. Read on for examples.

After being named Germany’s fastest mobile phone network, Vodafone created a gaming AR experience to celebrate. Using the entire country as the arena, gamers were challenged to find, trap and deliver Buffer Monsters. These virtual creatures represented things that slow us down in life. To participate, players searched the map for nearby monsters. Once found, the phone could be turned 90° to switch into AR mode, allowing the player to trap them. 50 Buffer Monsters could be captured in the Buffer Tank before it was full. Players could convert their monsters into points at any Vodafone store across Germany for the chance to win coveted Lifetime plans from the network. 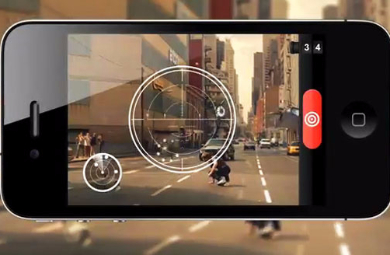 Toys R Us app is TRUMagic

At Easter time Toys R Us created an extra special in-store egg hunt. By using their TRUMagic app children could follow the clues around the store to locate special characters bouncing around in augmented space. At the end of the hunt they reach a real-life playground where they can use the app to create a video of themselves dancing alongside their virtual friends. The mini-movie of the experience was then shared on social media using #TRUMagic. The AR experience continued in the catalogue. Eight toy-laden spreads titled the ‘The Great Big Toys R Us Book of Awesome’, came to life with the use of the app. Children were encouraged to find Geoffrey the Giraffe hidden among the product listings of their favourite toys. 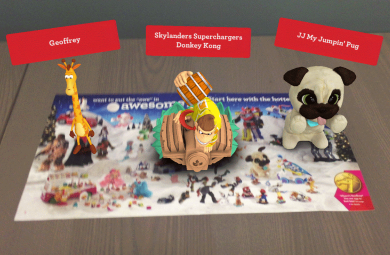 Sally Hansen, the no. 1 selling nail colour and nail care brand in the US, is transforming the shopping experience with AR technology to create 'the world’s first ever virtual try-on for nail colours in real-time.’ Using the app customers can test over 200 Sally Hansen nail polish shades before they buy. A simple scan of the person’s hand from any smartphone enables the user to instantly consider and curate colour choices. The app also generates personalised skin-tone colour suggestions by analysing the pigments in the hand and choosing a polish shade accordingly. 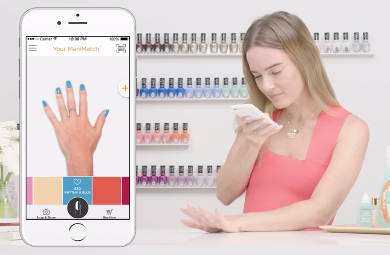 Renault UK were the headline sponsor at this year’s Clerkenwell Design Week. To highlight the brands’ commitment to ‘Ingenious Innovation’ technology and sustainable mobility they showcased their new EOLAB concept car. This prototype explores ways to deliver ultra-low fuel consumption. Obsessive attention to aerodynamic efficiency is one of the key innovations, so Renault developed an AR app by which visitors could use an iPad to see the airflow moving across the bodyshell in 3D. 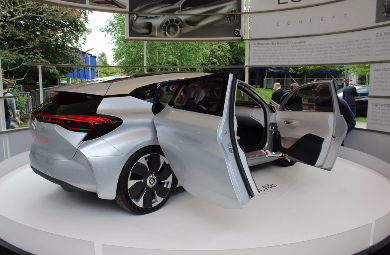 Shut up and listen. Be a quiet one

The advertising industry may idolise extroverts, but when we stop talking and start listening we can make real progress.