Who dares wins: Tackling the problem of Army recruitment

By combining an enduring truth about the Army with a modern insight about Britain today, we unlocked powerful new relevance for the Army.

It’s an age-old truth that the Army spots potential in young people and applies it to important work around the world. But this had new-found relevance today.

While modern-day society in Britain has written many young people off, the Army democratises opportunity, offering everyone the chance to belong in a team doing work that really matters.

Research revealed a highly ambitious audience looking for a job with purpose. But many felt short-changed by society, overlooked and undervalued in unrewarding jobs. Employers saw young people’s value as filling a gap in their production line, but didn’t see their true potential, nor offer opportunities to fulfil it.

This lack of respect for young people stretched across popular culture, with the media and society at large labelling them as lazy, tech-addicted snowflakes.

We needed to recruit more young people into the British Army by showing what the Army offered them that they couldn’t find elsewhere. Our strategy was to stand up for our audience in a society that puts them down, by showing how we valued them, and made the most of their potential.

By combining an enduring truth about the Army with a modern insight about Britain today, we unlocked powerful new relevance for the Army.

But with no increase in budget, we couldn’t rely on paid media alone to buy our audience’s attention. We needed work brave enough to earn it and break out of advertising and into culture. 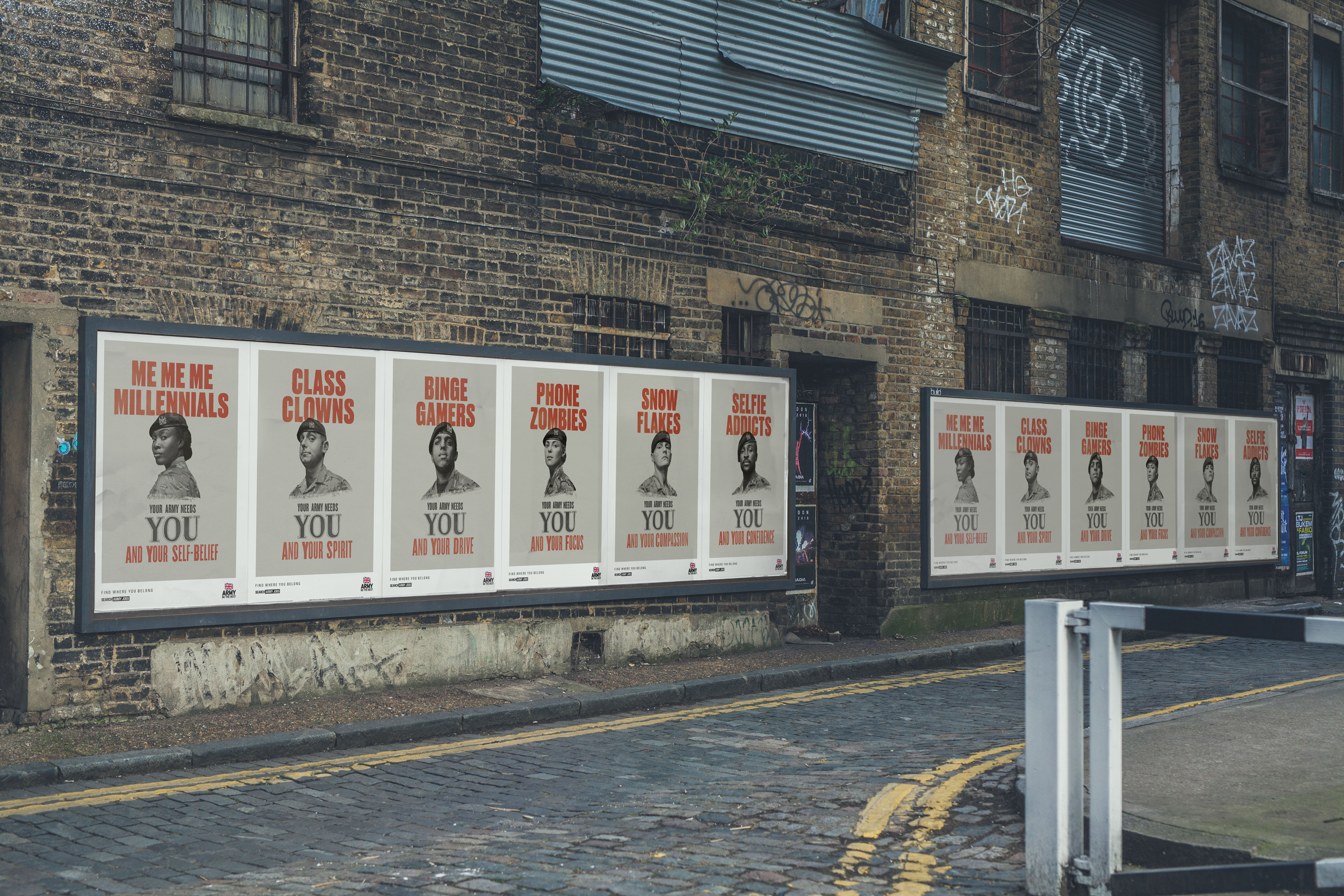 71%
applications up year on year

‘Your Army needs you’

The creative idea was to prove how we valued this generation by challenging society and showing that where they saw stereotypes, the Army sees potential. And all this potential is exactly what the Army needs to make a difference at home and around the world, summed up in our core campaign line, Your Army Needs You.

The campaign launched with posters and social content designed to grab attention. Bold illustrations of soldiers were coupled with youth stereotypes such as ‘Snowflakes’, ‘Me-Me-Me Millennials’ and ‘Phone Zombies’, contrasted with the potential behind these stereotypes that the Army values: compassion, self-belief and focus.

TV and VOD adverts told stories of potential recruits, whose colleague or family member doesn’t see their potential. On the other side of the line, a soldier translates a perceived weakness into a strength, which the Army needs for important work around the world.

To truly stand on the side of our audience, we engaged them in the campaign creation. We worked with communities of young people featured in our campaign, amplifying the true voices of misrepresented youth communities in online content films.

The campaign sent an inspiring message to the audience, and a challenging message to society: 'We see your potential, even when others don’t'.

From the day the campaign went live, the work was debated on TV, radio, newspapers and social media around the globe. The first week saw 497 pieces of coverage, with an approximate reach of 4.8 billion. The media budget made this kind of reach unimaginable, but by delivering brave work in paid media, we got a much greater effect in earned.

On the day the posters launched, more people applied to join the Army than any other day in over a year. By the end of the first month, applications were up 71 per cent year-on-year. By mid-March, the campaign was hailed a “phenomenal success” by Capita’s CEO, with the first quarter of the year on track to be the busiest since the Capita recruitment contract began seven years ago.

It takes bravery to stand for something and challenge deeply entrenched stereotypes. But by doing so, this campaign earned a place in our audience’s attention and in culture and drove record-breaking results. 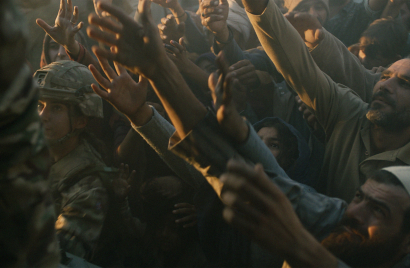 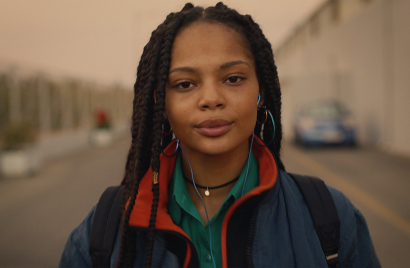 Rhonwen cut her strategic teeth at mcgarrybowen London, before moving to Karmarama in 2016. She’s planned on projects big and small from pan-European advertising campaigns for Honda, to a pop-up recording studio in a phone booth for BBC 1Xtra. Most recently, she’s worked on campaigns to future proof Nando’s, and recruit the next generation of soldiers to the British Army.

One of the most impactful ways that brands can honour the Pride movement is by representing and reflecting the LGBTQ+ community within their marketing and advertising campaigns.

A selection of some of the best industry training and mentoring schemes, as told by the people who’ve done them.