Why community is the future of fashion culture

The fashion industry is reflecting the shifting market, recognising that engaging directly with consumers becomes a powerful marketing tool; the consumer becomes the influencer.

For the first time ever, London Fashion Week went digital this year, hosted on a site that, far from being invite-only, was open to all, wherever you found yourself in the world. And perhaps more importantly, however you decided to dress. This year’s show also marked the first time ever that the platform was shared by both mens and womenswear. The June dates would have usually earmarked for London Fashion Week Men’s collection, but womenswear brands were invited to exhibit this year as well.

As a result, this year’s fashion week has seemingly become reflective of a shifting market, undefined by traditional gender roles or retail seasonality. It feels particularly prescient during a time where, for three months of this year, consumers have been situated within the four walls of their homes, clad in, according to data, Birkenstocks, tracksuits and smart tops, slippers and sweatshirts. Prioritising comfort over aesthetic has seemingly become the norm. Accessibility in fashion increasingly includes the option to opt out of the latest trends altogether in search of home comforts.

Sales of tracksuit bottoms are up by 1,303% year-on-year on Net-a-Porter while Matches Fashion has reported an increase of 70% in sales of a classic Birkenstock style. The shoe company is also retailing ‘comfort sets’ where shoes are offered alongside chunky socks and even foot cream for those in desperate need. While Boohoo.com has seen sales of tracksuits increase but alongside that, sales of tops have also stepped up. That half of us we present to the video camera still matters.

Consumers have been experience-deprived in lockdown which presents both a challenge and an opportunity for innovation for brands.

Connecting with the community

Stripping LFW of its boundaries opens it up for more creative interpretation and expression, celebrating the art of communication and creativity. Dismantling the format that has been long entrenched within fashion is indicative of an industry reflecting the needs and wants of its community. While this format has come about because of the wider situation the world finds itself in, it signifies a much-needed shift in the way brands communicate with their consumers.

The beauty of this year’s fashion week format is that it invited brands to be even more creative, not simply with their collections but with the methods by which they chose to reveal them. Moreover, it offered brands an opportunity to connect with consumers in different ways, whether they chose to create campaign videos, zines or still imagery. Many chose to show short films, rather than new products, with the emphasis placed on brand awareness.

This London Fashion Week format lends itself to the virtual visual world we now find ourselves in, consuming more online than we do off. The communities brands centre themselves around online have never been more important. Consumers have been experience-deprived in lockdown which presents both a challenge and an opportunity for innovation for brands. Platforms like LFW can offer them some much needed escapism whilst also, crucially for the brands, inviting them to shop while they watch.

The myth that to sell clothes you have to show them on perfect bodies is being steadily, and powerfully, dismantled.

Media spend is currently in decline in fashion and retail. A digital fashion week levels the playing field somewhat, as Instagram has been doing for years. It becomes more about your aesthetic than the size of your following; about the loyalty of your community rather than the trends you contribute to.

This is where engaging directly with your consumers becomes a powerful marketing tool; your consumer becomes the influencer in a sense. During the digital LFW, John Lewis’ catwalk challenge invited social media users to send in videos of themselves catwalking their way along corridors, pavements and bedrooms. This was to raise money for the British Fashion Council’s Foundation Fashion Fund for COVID-19. The video compilation was then shown on the Sunday evening as part of the fashion week schedule, a recognition that this year, fashion week was as much about members of the ordinary public as it was about industry insiders.

While it was doing so already, lockdown has had a significant effect on the aesthetic around fashion, on what consumers are looking for, or who they’re wanting to see staring back at them. No longer are they wanting a glossy million-pound campaign with an impossibly willowy celebrity as its face. Instead, they want to see flaws, imperfection, diversity.

This is why British Vogue’s series of covers for their July 2020 issue were so impactful. They showed ordinary people doing extraordinary things, shot without hair and makeup teams, capturing the raw beauty of each woman. It was a sentiment picked up and run with on social media under the #VogueChallenge that saw people styling themselves on the front cover of the fashion bible. The myth that to sell clothes you have to show them on perfect bodies is being steadily, and powerfully, dismantled. A more accessible version of aspiration is emerging.

It comes down to what lies at the heart of successful marketing; the act of both listening to and giving full attention to the consumer. The brands who succeed will be those that are engaging with their audience and acting accordingly. Who are recognising the shifting role that clothes are having in people’s lives but are still remaining relevant. Who are creating a virtual, visual dialogue, and inviting their consumers to be part of it. Because communicate right, right now, and you may just find consumers for life. 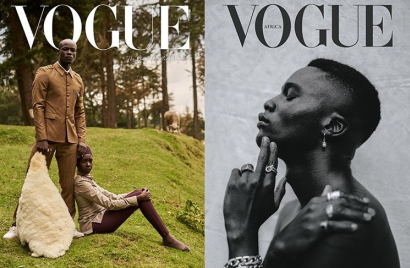 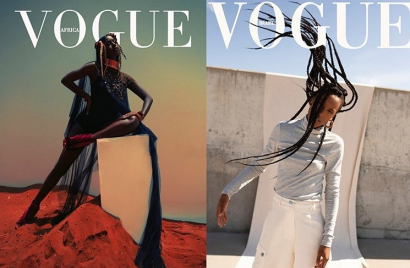 Virtual lessons from an Ethiopian community

WaterAid have created a new series, Learn with Frat, that sees an Ethiopian community sharing their virtual one-minute lessons.

The evolution of relationships in a brave new virtual world

Kim Walker, Chairman of Aprais on the importance of maintaining and building better client agency relationships in a virtual working world.

Rest up and power forward

Nina Stephenson-Camps offers some hints and tips about how you can pause, reflect and integrate growth into your daily life.

Aaron McFeely, Lead Strategist at Space on how a return to authenticity is the key ingredient to the survival of influencer marketing, something that brands should both value and seek out.

A new campaign from Neverland is a welcome reminder of the power of humour to directly communicate a brand’s message and deliver a much-needed moment of warmth.