For a lot of brand-agency partnerships, an immersive relationship can be a pipe dream, rather than a reality. But for Macmillan Cancer Support and Dragon Rouge, it is a necessity.

That’s because for Macmillan they want to ensure their organisation is not just well-known but known well. They wanted an agency capable of getting across the extent of the work they do with and for those living with cancer. And it therefore made sense to work as immersively as possible.

Everything was up for grabs, re-articulating our purpose, identity, etc. so immersion had such a big part to play. It was even a part of the pitch process.

“Everything was up for grabs, re-articulating our purpose, identity, etc. so immersion had such a big part to play. It was even a part of the pitch process,” explained James Renwick, Head of Brand Strategy for Macmillan Cancer Support.

For James, it was incredibly important that their agency partner was immersed in the relationship from the outset. It was not your typical onboarding either, with Dragon Rouge having far greater access to the board, service visits, volunteers, and to those who had received support from Macmillan.

It helped us fast track our way into the organisation … it gave us credibility and helped us learn the scale of the issues we were dealing with. 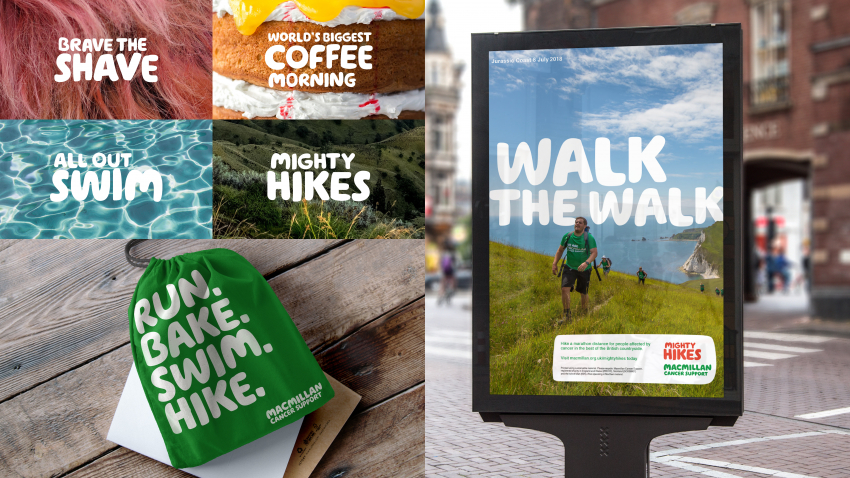 For Becky King, Creative Director of Dragon Rouge, it’s been an extraordinary opportunity: “It helped us fast track our way into the organisation … it gave us credibility and helped us learn the scale of the issues we were dealing with.”

James agreed on the credibility point, saying Dragon Rouge very quickly became “incredibly credible.” He even joked that the agency knew them “better than anyone in the organisation because they had such a rich opportunity [with the immersion].”

Whilst he may have been joking, the lines were certainly blurred when four members of the Macmillan creative team spent three months embedded with Dragon Rouge. James believed this gave his team a far greater sense of ownership over their ideas and the decisions they made, “taking the hat of the client off.” He added that it was great to have the Macmillan creative team present back to them alongside Dragon Rouge.

For some, such immersion could lead to questions over how your ideas remain challenging, and not lose the outsider spirit clients are after. But Becky insists her experience was quite the opposite: “It wasn’t ever limiting. It helped broaden our perspective … it really broadened the way that we thought, rather than thinking as a pure designer. It wasn’t about how it looked, it was never an ego project, it was actually really about communicating and making it work.”

Immersion for Becky has created a far greater centre point to her and Dragon Rouge’s work. They remained conscious of the work they had to talk about, and the audience they would be reaching out to.

Other than the pitch, every presentation we did [to stakeholders] was joint.

James believes the relationship feels like true co-creation: “Other than the pitch, every presentation we did [to stakeholders] was joint.” This sense of every idea as co-owned means the two wholeheartedly embody the idea of a partnership.

And for Becky, “that’s an honour. That investment in us as a team. We worked as a partner.” She added that to be considered by a client as a true partner is always “the desire, but in this job, it was expected of us.”

Such immersion isn’t easy. It takes considerable effort. But for James, it was a case of there being “a great deal to be gained.” Becky agreed, saying how “that investment in the beginning really pays off.” And it means that the partnership, whether with your audience or your peers, is what wins out in the end.

James and Becky were speaking at Creativebrief Explores on Wednesday 5th June. To find out more about our events and how you can attend, visit our events page here

And read what The Army and Karmarama had to say about Trust below: