With the charity sector facing a £12.4 billion fundraising shortfall, demand for their services at a record high and a new socially-distanced landscape to operate within, the COVID pandemic presents an enormous challenge to charities and social enterprises – felt hardest by the smallest organisations.

At the same time, marketing budgets disappeared and businesses battened down the hatches as hundreds of thousands of creative professionals were put on furlough – unable to work, but allowed to volunteer. 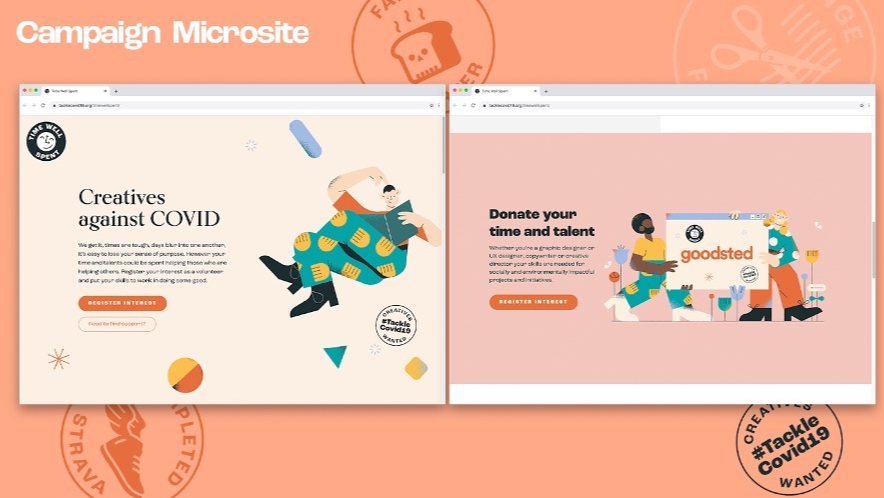 The Time Well Spent campaign was born from seeing a unique opportunity to connect these two things. Squarely asking furloughed creatives to donate their time and talent to charities and social enterprises in desperate need of help.

The campaign was created primarily by furloughed employees at Given. We produced a campaign concept, microsite, comms plan, social media assets and supporting comms toolkits in a matter of weeks – all without a brief, budget, or full-time employment!

This resulted in over 400 furloughed creatives signing up to volunteer their time and skills for charities and social enterprises via the Goodsted platform – a 307% increase. In turn, over 70 new charities or social enterprises have sought help and the numbers continue to rise.

This was completely self-initiated in a time of unprecedented economic peril – driven entirely by the want to help – so NO BUDGET was available.

The campaign used a series of “COVID truths" as a relatable hook to furloughed creatives. It then showed them how we could practically offer their skills in a positive way to help those in need. For example: “Regretting that DIY Haircut? Give a social enterprise a fresh new look instead”.

We created an interactive microsite to launch the campaign and drive users to sign up to the Goodsted platform. A steady drumbeat of social media content was produced to maintain interest in the site and the projects looking for support.

As this was a self-initiated project with no budget, we knew the only way to reach our target audience was through the creative press. We reached out to key titles, resulting in some great coverage of the campaign from publications like It’s Nice That. 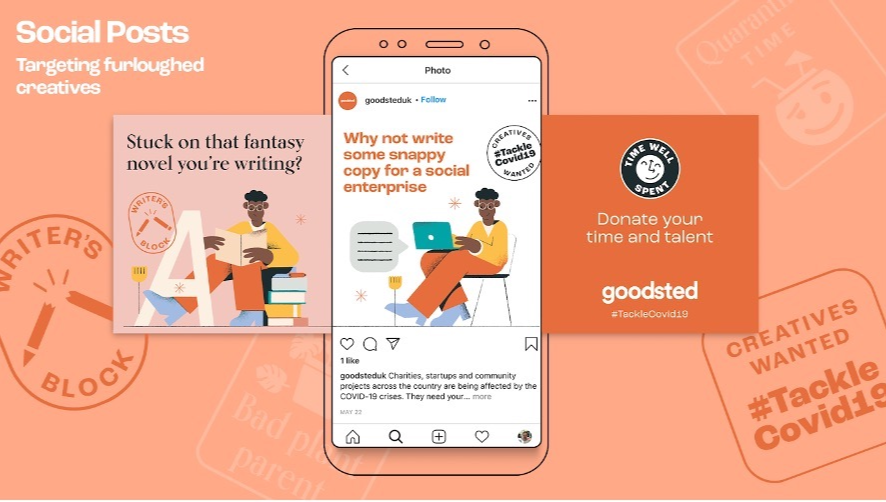 The numbers below demonstrate some truly fantastic engagement but hearing the real-world impact from social enterprise and charities is the greatest result.

127%
increase of total users on the Goodsted platform in under 3 months!

400
creatives signed up to volunteer their time and talent

I can’t believe that there are not more platforms like Goodsted. Struggling to find the help I needed in tough times, I was blown away by the help and offers I received. The volunteers I found have elevated my business to levels that I couldn’t do myself or afford, which has really helped bring clarity to my brand and mission.

There are currently 14 more challenges like this “in progress” with creatives putting their skills to work in helping for-good organisations navigate the new normal.

From usability testing a new pro-bono website that connects people who need goods with people who can deliver them, to creating videos to help families explore #TheGreatIndoors through lockdown play activities, the campaign has helped achieve much.

We hope through continued awareness of how creatives can support smaller charities or social enterprises, the impact we can collectively make will live far beyond the COVID pandemic. 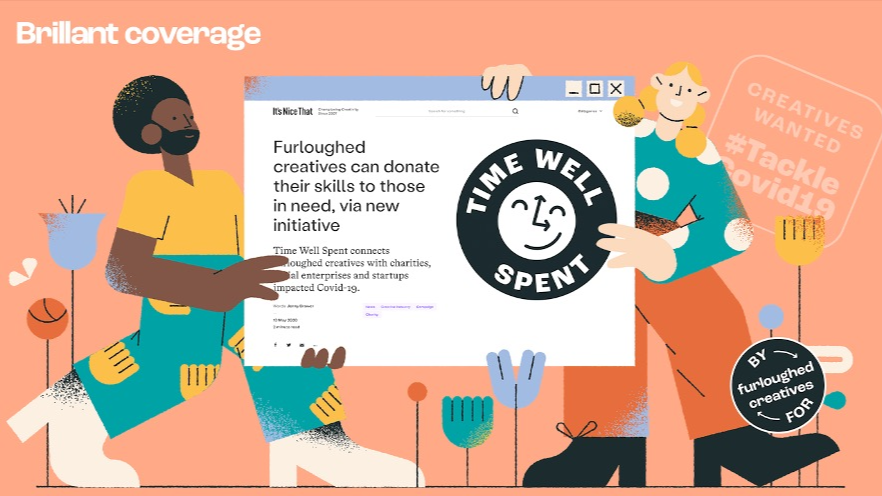 Over 400 creatives have signed up to volunteer their time and talent. A 127% increase of total users on the Goodsted platform in under 3 months! 72 new challenges (i.e. volunteer opportunities) were also listed by charities and social enterprises since campaign launch. 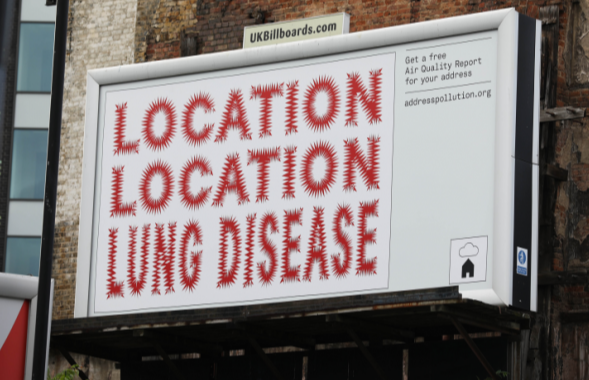 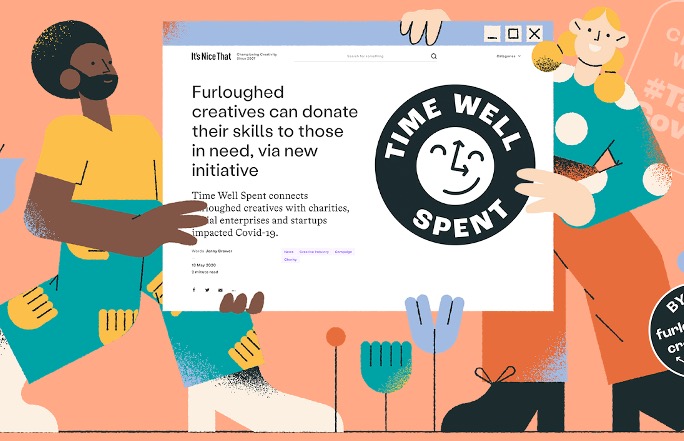 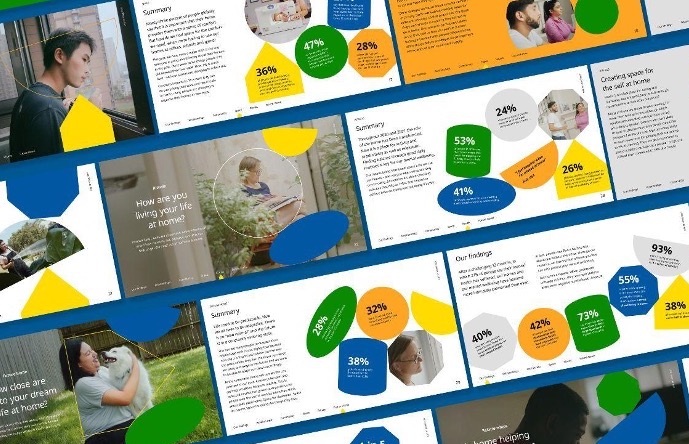 IKEA GLOBAL: Exploring the role of home in mental wellbeing 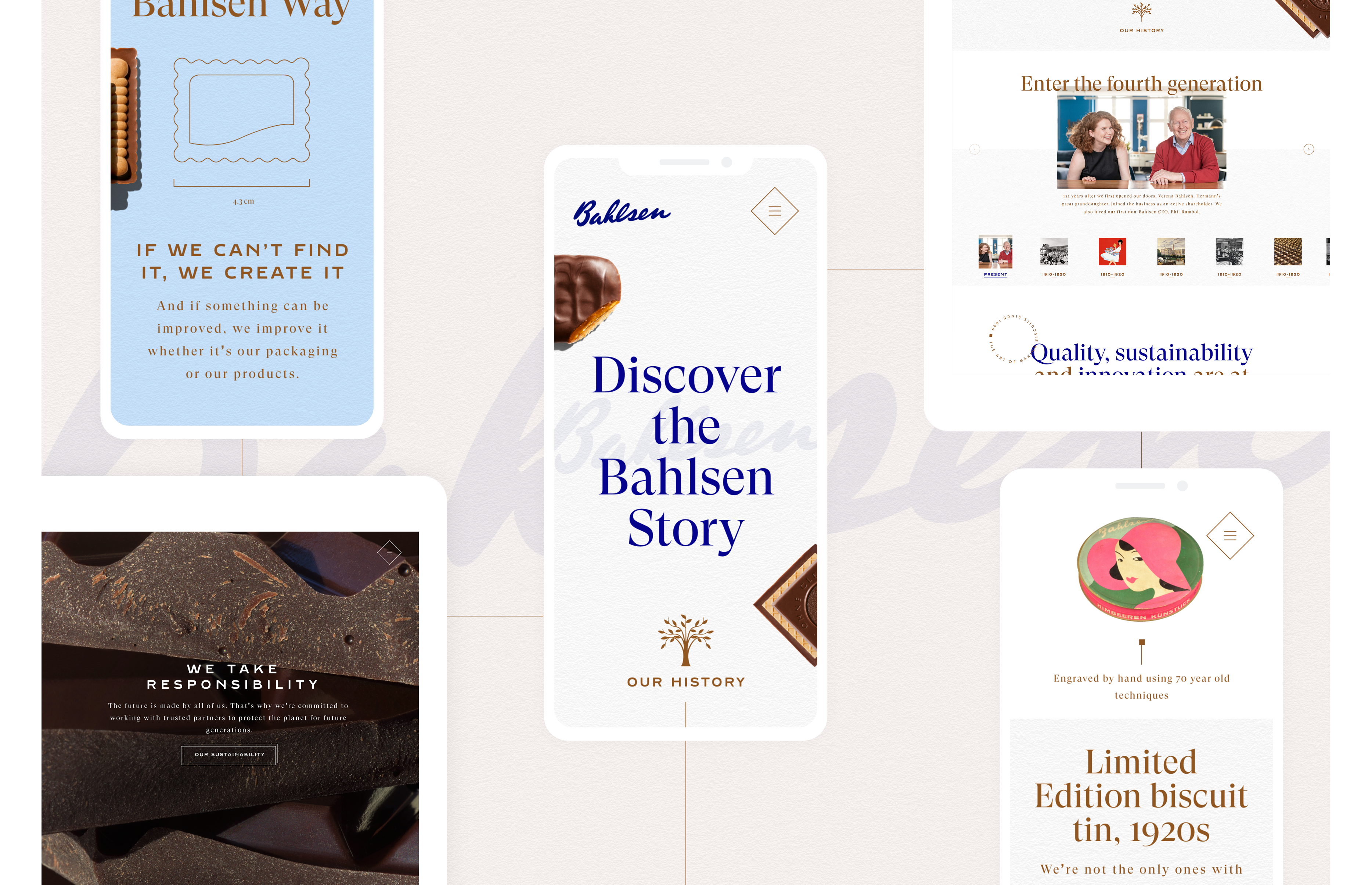 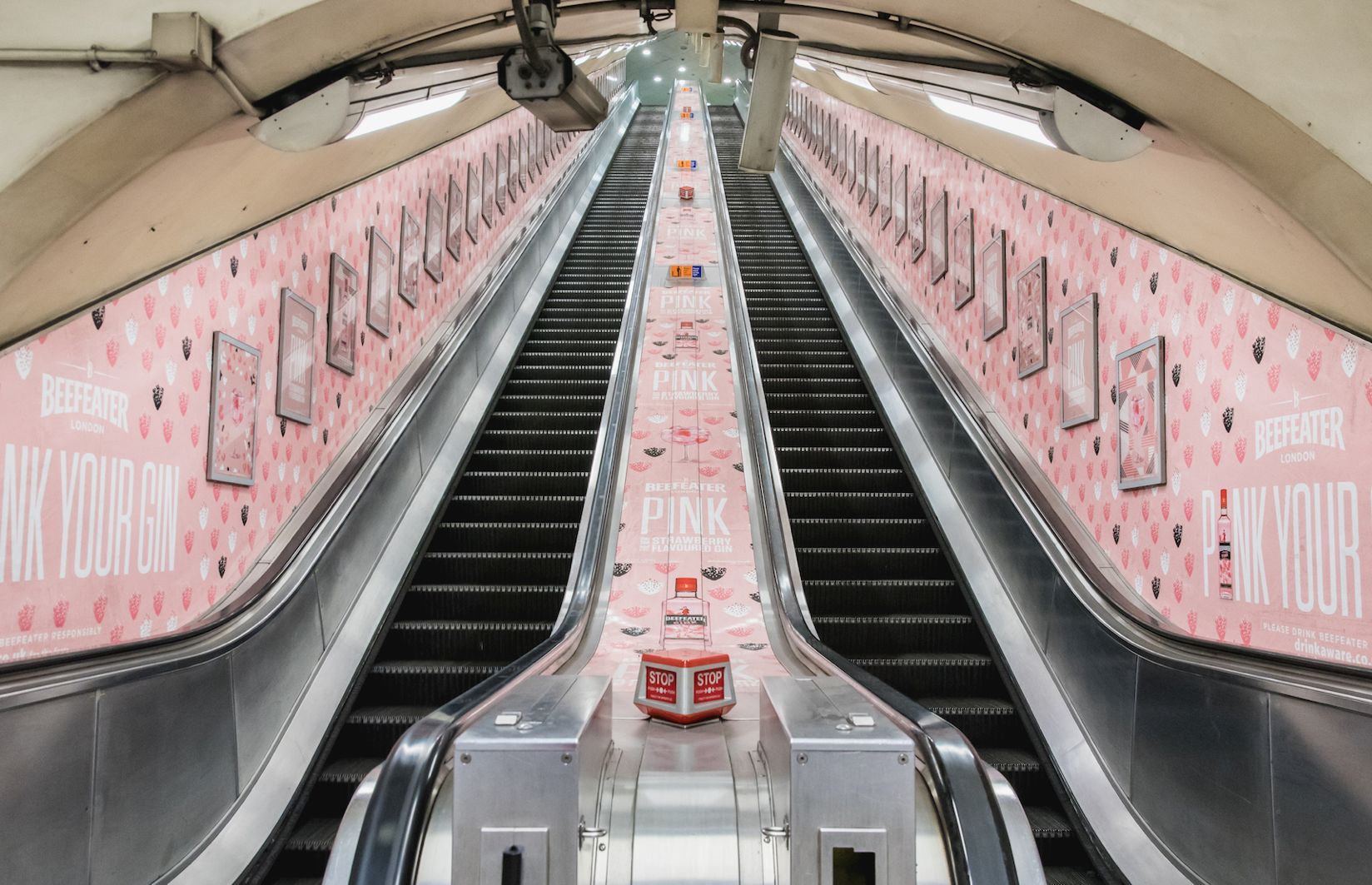 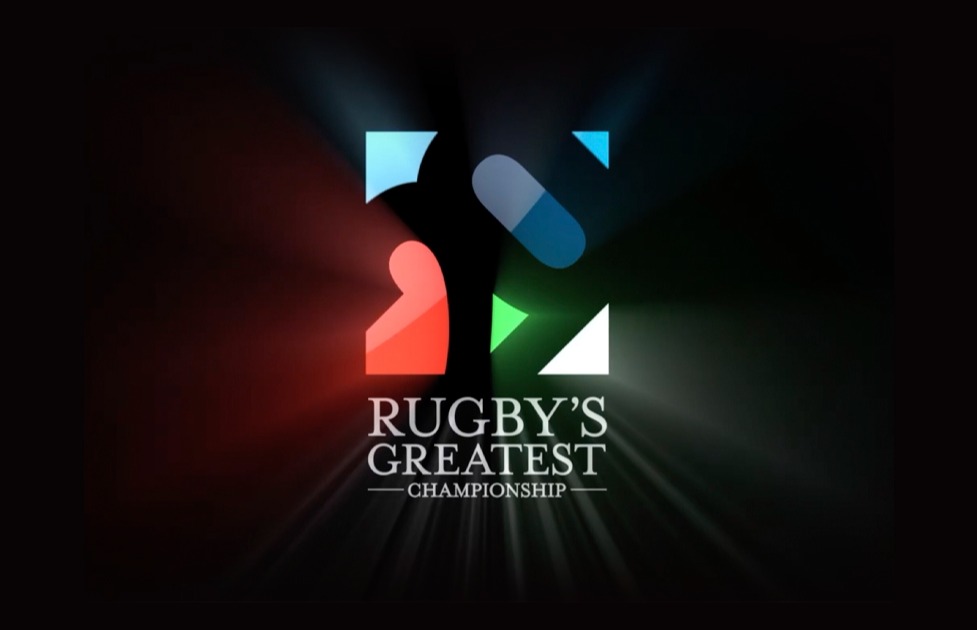 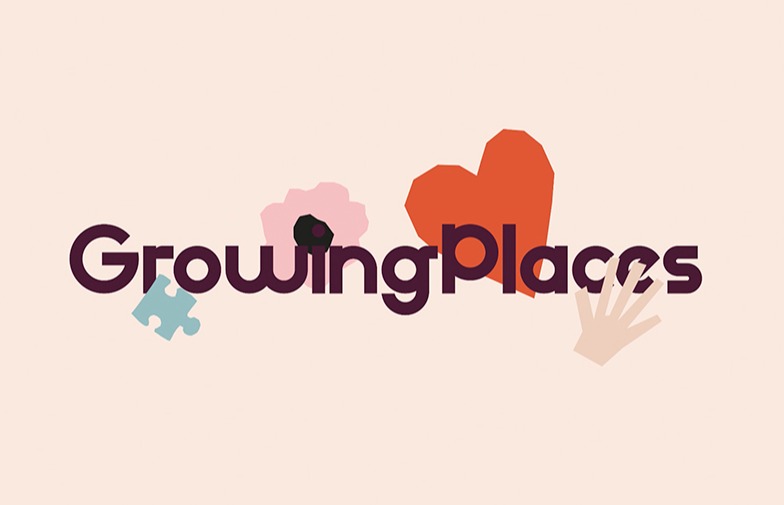