“I always wanted to have a job that made me feel like I was having a positive impact on people’s lives.” Anna Fawcett, Global Head of Marketing at travel company Topdeck shares why getting into the travel industry was the natural fit when she decided on her future career aged 16.

Launched in 1973 after the founder, some friends and a whole load of strangers travelled by double decker bus from London to Morocco, Topdeck is now operating in a very different consumer ecosystem.  A world in which consumers are not simply planning their next getaway but facing up to the reality of the climate crisis.

In 2019, international arrivals reached 1.4 billion, two years ahead of schedule, according to the UN World Tourism Organisation. The tourism industry is now responsible for 8% of global carbon emissions. Consumers travel more internationally than ever and are more connected than ever; with exotic locations fast amassing Instagram likes.

But there is a growing awareness that ‘business as usual’ no longer works, particularly then it comes to consumers’ travel habits. Tourism is in the midst of a significant shift as consumers becoming more mindful of their impact on the earth; 72% of travellers surveyed by Booking.com in 2019 believe we need to make more sustainable travel choices to protect the planet.

Responsible and sustainable tourism will continue to rise as the customer base demands this more.

Having a positive impact

Travel has always been a big part of Fawcett’s life, having taken her first trip aged just three, something she puts down to her mixed heritage; she is half-German. She explains: “Travelling at a young age was the best thing that ever happened to me, and I wanted to be able to give others that experience.”

But Fawcett is aware that as attitudes towards the climate crisis change, the tourism industry’s behaviour have to reflect that shift. There is, she explains, a recognition of the positive impact companies should be having on the world; or at the very least an acceptance of the fact that they should be trying to negate the effects they cause.

She believes that, while much of the tourism industry is trying to do something good to help many of the big players “could be doing a lot more.” This extends to brands listening to their audience and being aware of what their consumers want. “Responsible and sustainable tourism will continue to rise as the customer base demands this more,” she adds.

Youth are leading the demand for change

This demand for change and positive action is something which many youth travel companies, often run by a younger, socially and environmentally aware workforce, are acutely aware of. Fawcett believes that youth travel companies like Topdeck “are in a unique position to really pave the way in this space with a workforce and customer base who believe [in positive action].”

Fawcett believes passionately that there needs to be a younger workforce working in youth travel. She references a keynote speech she gave at a youth travel conference where, aged 30, she was the youngest person there by about ten years. After being approached for continuous advice on “my generation,” she gently suggested that they “go talk to some kids, get to know your customer. I’m not your customer and I’m definitely not your future customer.”

The reality is that it is through educating their consumer that brands can make a real difference, an aspect of accepting responsibility to be part of the change that needs to take place across the tourism industry. What is vital, says Fawcett, is that companies “strike the balance between opening up the world for people, but respecting the planet and places they go.” Fawcett wants to see brands “rise to the occasion,” to give their Gen Z consumer base what they want which is “brands that reflect who they are and add to their social capital.”

When do you Feel Real?

Once a household name, Topdeck is now 47 years old and the team decided that a shakeup was necessary both to regenerate the brand itself, but also to react to the shift in youth attitudes towards travel. In her role Fawcett has been and still is, “focussed on the re-positioning and re-vitalisation of our brand."

The team worked alongside creative agency ZAK over an intense year-long period of research to get to the point where they were pulling off, as Fawcett explains, “a full business transformation.” The brand was re-launched in January 2019 under the new proposition, FEEL REAL that included a new look and feel, tone of voice, website, products and the brand’s first ever above the line campaign, ‘Time to get Outta Here’.

The campaign’s focus is on the real experience, the moments that shape travellers. It reflects the shifting attitude to ‘I’m a traveller not a tourist’; to capturing the need to explore and experience and for both of those things to be done in an authentic way. It is about cultural immersion rather than checklist tourism.

Fawcett believes this shift towards cultural travel is driving trends such as digital detoxes and a focus on wellness. She points to Skyscanner reporting “a rise in JOMO (the joy of missing out) travel, where people are more interested in experiencing the adventure in real life rather than through their phones.”

This translates into what Fawcett believes will be the rise of “tangible advertising” from brochures to experiential and brand activation partnerships. Fawcett says she sees Gen Z reaching more offline, for merchandise and promotional items. This trend, she adds, is backed by research from Generation Travel in 2019 which suggests this analogue revival is a push back from a world lived online and therefore “not real”.

How the influencers influence

Yet despite the fact consumers want to step more offline to have ‘real’ experiences, they still experience other people’s travels vicariously, through the omnipresent smartphone in their pockets. This is particularly true because of the huge growth of what Fawcett labels as “digital nomads,” who are influencing what truly defines both ‘travel’ and ‘tourism.’

These nomads are what would now be known as Influencers, a facet of marketing that Fawcett labels as “really just endorsement on speed.” Fawcett was previously Global Influencer Manager at VisitBritain, having set up and run their influencer marketing programme before the influencer bubble burst; as Fawcett explains, “back when an influencer was called a ‘blogger’, people were authentic, and customers believed what they said.”

She believes that’s not the case anymore explaining that, while influencers are a very valid part of a marketing plan, that’s exactly all they should be; a part of it, not the whole thing. She points to the savviness of the younger generations as part of the reason for this: “People no longer trust [influencers]. Gen Z aren’t stupid; they know these people are paid or sponsored. The same way people know that advertising is paid for.”

For Topdeck, influencers stay part of the strategy but perhaps not of the kind you’d think: “we’ll be looking more to our own staff and customers to be those real influencers.” Fawcett doesn’t want to announce the “death of the influencer” as such but is rather commenting on the progression of the space, as every type of marketing has evolved before it.

People are more interested in experiencing the adventure in real life rather than through their phones.

Doing it for the ‘Gram

As influencers have risen, so too has the appearance of the online holiday brag, the legs on a sun lounger, swaying palm trees or breath-taking sunset accompanied by an attempted pun-laden caption. Influencers, for better or worse, have changed the way people think about travel. Fawcett expands: “I believe that this has contributed to people having mismanaged expectations of travel and feeling extreme pressure to conform and ‘get the gram’.”

But, says Fawcett, this obsession with showing off about our travels isn’t a new thing; it just feels more pervasive because social media is relentless. The 80s were the heyday of the slide show; the 90s were the carefully compiled photo album while in the 00s, Fawcett adds, we had digital photo frames. Each was, she says, “just an evolution.”

Social media’s insidiousness, particularly when it comes to travel, is a real issue as Fawcett explains: “The constant pressure of the perfect shot is hurting kids.” This is why Topdeck have chosen to focus on the real experiences people can have offline, “the ones that shape and grow you as a person,” she adds.

Travel companies need to be providing experiences worth travelling for and if it’s what makes connected consumers happy, worth Instagramming. “Destinations do not always differentiate, unless you go somewhere that no-one else does, so travel companies will have to upweight the focus on the experience they can give in the destination,” adds Fawcett.

Next on Fawcett’s holiday list is New Zealand as her email signature reveals. She believes passionately in the power travel can have, something she likens to how she feels about music. It’s about leaving your reality behind, stepping out of your familiar day-to-day life. What travel has, as does music, she believes is “the ability to change lives, just for a moment.” Whether you choose to ‘gram that moment, well, that’s up to you. 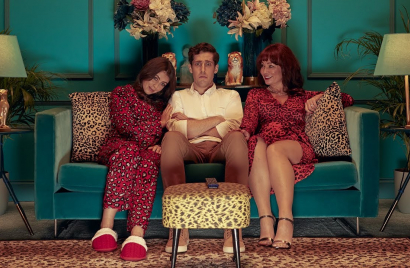 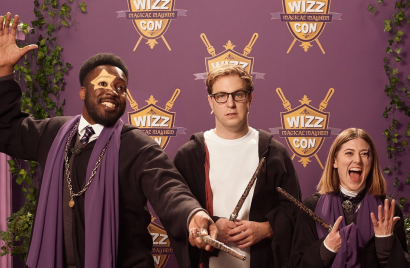 Topdeck, 'Time to Get Outta Here' by ZAK

Richard Denney, Executive Creative Director at St Luke’s, lifts the lid on why the agency reversed the NHS logo to urge the public to Stay Home Now.

A team of volunteers, and MullenLowe UK have created a global campaign to encourage people to stay at home amidst the coronavirus crisis.