“When we started looking for a digital agency, Cromwell Place was just an idea. We were undertaking not only a physical build, but a digital one as well.”

This is Preston Benson, Managing Director of Cromwell Place – an exhibition and office space for art professionals. But even if it was just an idea, it was no doubt an original one.

Based in a 19th Century building in South Kensington the site will house 16 period galleries, a Club Room, events space, meeting rooms and even storage for works of art not on display. But the real trick is that Cromwell Place goes far beyond bricks and mortar, occupying the digital space too.

For the first time, those members exhibiting works in the gallery – regardless of where in the world they are based – will be able to visit the space online, and better interact with the art community. It’s a gallery, a membership organisation, and a thriving community.

It’s also something Preston is very excited by. Not only for its potential impact for Cromwell Place, but for the art industry as well.

The art world is slower to adapt to new technology. We wanted to be able to set the bar moving forward. Creating something brand new from scratch. 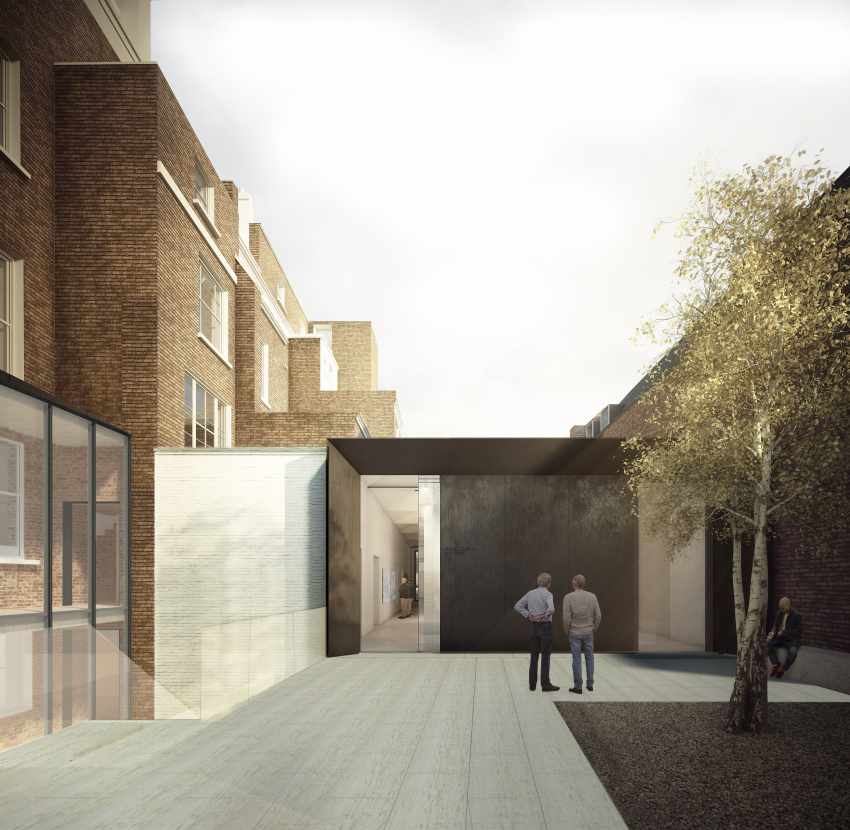 “The art world is slower to adapt to new technology,” he says. “We wanted to be able to set the bar moving forward. Creating something brand new from scratch.”

Meaning gallerists, exhibitors, dealers, collectors – whoever really – are better connected to the physical space. Turning the interactions of the physical space into data that can provide transparency and drive revenue.

Having such an ambitious target meant finding technologies to match it. And with that, a digital agency capable of bringing the idea to life. Cromwell Place came to Creativebrief to kick off their search, and soon it became clear that Preston and his team weren’t simply on the hunt for an agency, but a partner. Someone to go on a journey with them.

With a background in tech, Preston was cautious about the project though. Knowing tech can sometimes be a case of style over substance.

We’re living in a tech mad world. And a lot of money is being pumped into a lot of irrelevant stuff.

“We’re living in a tech mad world,” said Preston, “and a lot of money is being pumped into a lot of irrelevant stuff.”

For Preston, everything had to remain relevant for the idea to become a reality. 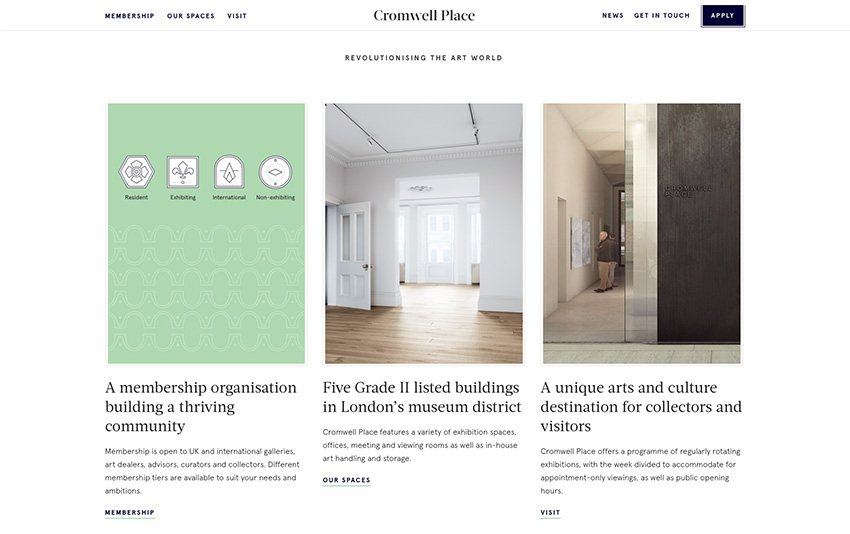 With an innovative approach at the heart of Cromwell Place, it made sense to do the same with the agency appointment process. We sidelined the traditional pitch, and instead create one that worked with the client on a tailored basis.

The process we set in place consisted of RFI responses, chemistry meetings, Q&A, plus final presentations. A list of eight agencies was then recommended by Creativebrief, before whittling it down to a shortlist of four and finally running workshops with the final two.

The process was intended to give Cromwell Place a true idea of what it would be like working with an agency partner. More indicative of what the day-to-day relationship would eventually be, allowing any positives (and of course, negatives) to come to light. Dare were appointed – an agency Preston says were the clear-frontrunners.

Dare Client Services Director Janey MacRae said how the workshops were an important indicator for them too. Especially when it came to such an ambitious brief.

No one came in with any preconceptions … We did a lot of working through the problem together. We had a lot of post-it notes up on the wall!

“No one came in with any preconceptions … We did a lot of working through the problem together. We had a lot of post-it notes up on the wall! We worked out what the brief was in that session.”

Having such flexibility around the challenge Cromwell Place faced, meant collaboration defined the brand-agency partnership from the get-go. For both Janey and Preston, this is the key. Preston kept referring to the launch as a journey; one taken together. Not only between brand and agency teams in the room, but the board too.

Preston even included agencies meeting the Cromwell Place board as part of the process. “It’s their money … I just think transparency is really key.”

For Janey, the transparency can be something some agencies resist. She said how there’s often a reluctance to show a client work in progress. But how at Dare, they “don’t like having a big reveal and saying ta-da!” But rather, sharing work as it develops, and by doing so, trying to avoid any reason for it not being quite right.

For an idea that looks to build a network, it’s heartening to find collaboration and transparency at its heart.

It’s a project whose ideas and people are bound by the network of Cromwell Place.

With the building opening in Spring 2020 that sense of collaboration is only going to grow, as people begin to use the space in person. Memberships have been purchased, and things are already underway.

The sense of continual development around the digital element to Cromwell Place isn’t just reserved for site maintenance or bug-fixing, as it normally might be. It instead speaks for the project’s openness to its audience. How it’s really a digital frontier; one that relies on connections to become a success. 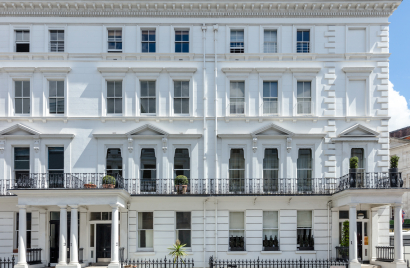 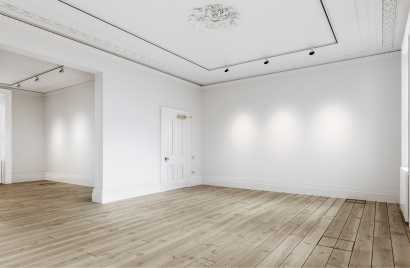 The building itself and real-life interactions will be facilitating most of the community. But as it grows, the website and the member services have a lot more opportunity to make those connections between people.

“We’re in the functional stage at the moment,” explained Janey, “so the building itself and real-life interactions will be facilitating most of that community. But as it grows, the website and the member services have a lot more opportunity to make those connections between people.”

The more members use the space, the more requirements Cromwell Place and Dare will be faced with. For Janey, this is a key part of the challenge. “They’ll use it in a different way to what we imagined, and we have to make sure we adapt to that.”

Like most new things, the challenge will continue to come with its own set of complications. The downside to being the first to do something is encountering problems no one has yet had the time to solve. But the upside is that you can be the first.

“It is a first in the art world,” says Janey, “and that’s what makes it really exciting for us.”

For Preston, this appetite only reinforces Cromwell Place’s decision to appoint Dare and he returns to his earlier point about going on a journey.

“Some of the other agencies didn’t feel like we were going to take them on that journey. That sets Dare apart.”

The doors to Cromwell Place’s building open next Spring and it’ll be fascinating to see how the network they’ve built manifests itself in the real world. And the role collaboration – something both brand and agency have prioritised from the get-go – can play in changing the face of the art world.

The Cromwell Place website is now live and open for memberships

The building opens in Spring 2020