Like most people, the plans of HUN Wine and agency partner TBWA changed a bit when COVID-19 hit. Eight months of brand planning suddenly went out the window and the pair faced launching at the worst possible time. So ... they launched anyway. Their tongue-in-cheek campaign, turned around in just two weeks, shows the very best of a partnership pivoting in a crisis and exhibits how humour and tone of voice can achieve cut through to be the best, worst product launch ever seen.

Stephanie Nattu talks to HUN's Mark Woollard, and Katie Jackson and Andy Jex from TBWA, asking how such a new partnership (one that only kicked off in early March!) orchestrated a pivot in such a short time, and what the long-lasting effects of this have been - not only on the brand, but their partnership too.

The below video will be available to watch from 2pm on Thursday 25th June.

Mark Woollard is Co-Founder & Managing Director HUN Wine; a disruptive start-up targeting the canned wine and RTD sectors. He is also the Founder of the Woollard Group, a consultancy business for the iGaming and brand licensing sectors and former Global Commercial Director of EndemolShine global licensing division, part of the EndemolShine TV Group.

Andy Jex joined TBWA\London in 2017 to take up the role of Chief Creative Officer, having previously spent 5 years at Saatchi & Saatchi as ECD. He joined the agency as the second most-awarded in the UK at Cannes the year prior. Previously, Andy held positions at Mother and Fallon in London, where he developed award-winning work for top-tier clients including Stella Artois, BBC Radio 1Xtra, Sony and Pot Noodle.

“They really know where they wanted this to go and how they want to behave as a brand.” TBWA’s Andy Jex talked about the huge benefits in working with a brand that knew itself. Even the name HUN is a nod to the ‘Are you okay, hun?’ millennial generation. He talked about how essential this was in giving the creative team fuel to work with and confidence in the brand’s potential

2. Tone of voice is essential

“The brand was in place but we’d never seen it speak.” Andy Jex talked about the huge benefits of Harriet and Laren from the TBWA creative team getting the brand - they’d talk about ‘HUN culture’ - and how it played a huge part in defining the brand’s tone of voice as a whole

“It dawned on us very quickly - we have to adapt.” The whole team prepared for the worst possible case scenario, which enabled them to get on with things when it became clear what could and couldn’t happen with their campaign. TBWA’s Katie and Andy talked about how to keep the campaign fresh, they would watch the PM’s Sunday night announcement, present to the HUN Wine team Monday morning, and have the word out there by Tuesday. Speed which HUN Founder Mark Woollard says is essential to a business remaining disruptive and original

4. Trust your gut
Katie Jackson from TBWA said how her main takeaway from the campaign was teamwork and trusting your gut. She said how “when you’re launching a start-up, you don’t have the consumer data … the data that tells you what you should be doing.” But that trusting your gut can be liberating creatively

There is a huge sense of fun and tongue-in-cheek to the campaign and Mark says the campaign was known for it. His girlfriend would watch the presentations over his shoulder, whilst his family gave their opinions on the earliest ideas. “It gave us light,” he says, in a time when it was needed. And to Mark, this sense of fun was crucial to the campaign and their partnership. “If it’s fun, creativity will happen.” 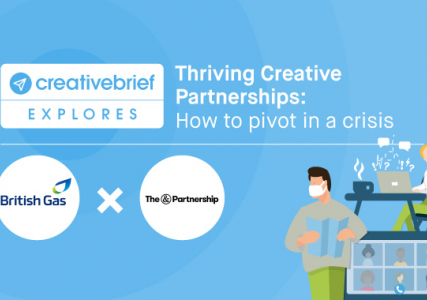 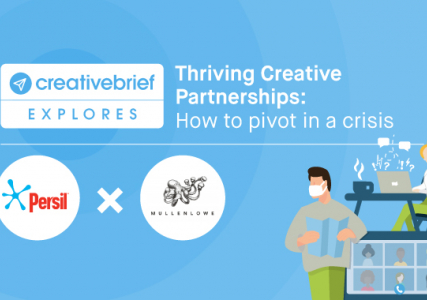 Thriving Creative Partnerships: How Persil and MullenLowe pivoted to celebrate staying home amidst the Coronavirus crisis

Watch our interview with Persil's VP, Marketing – Dirt For Good, Tati Lindenberg and MullenLowe's Global Business Leader Will Dixon. Run by BITE Managing Editor Nicola Kemp, the pair discuss how their Dirt is Good campaign pivoted in light of coronavirus 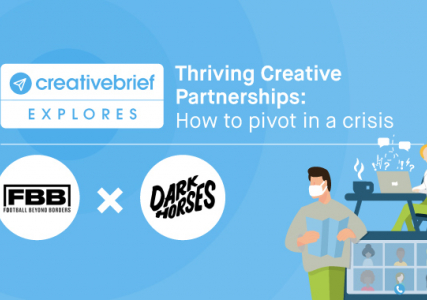