The immersive outdoor technology creates the illusion of 3D depth

A 17m high rugby ball flying towards them, is perhaps not an experience that consumers’ expect as they navigate the city streets post-lockdown,

Yet, a new format of 3D outdoor advertising is delivering just that; as outdoor advertising continues to innovate and elevate their creative proposition for brands. Ocean Outdoor is rolling out the 3D large format, full motion portfolio, which leverages DeepScreen technology,

DeepScreen uses a technique called ‘anamorphosis’ or ‘forced perspective’ which mathematically warps imagery so that when viewed from a specific vantage point, the illusion of 3D depth is created on flat surfaces. The technology affords brands the opportunity to create windows into other worlds and make impossible objects appear to float in the air, coming out of the screen and towards the viewer.

Following a successful trial period, DeepScreenTM is being rolled out across premium retail and city centre outdoor DOOH environments in the UK, Nordics and the Netherlands, supporting Ocean’s position as a leader in DOOH.

The technology has been used on the iconic  Piccadilly Lights site in London, with brands such as VodafoneNetflix, Deliveroo and PokerStars utilising the technology.  It is also available across seven other UK cities including Manchester, Liverpool and Birmingham.

Ocean’s head of design and studio David Tait, described the technology as difficult to describe, but incredibly easy to view. He explained that the format created realistic ‘3D’ images that require no fancy eyewear, QR codes or technology.

He added: “To really grab audiences’ attention, advertisers want to stand out from the crowd and it doesn’t get much more striking than a 17m high rugby ball flying towards them.” 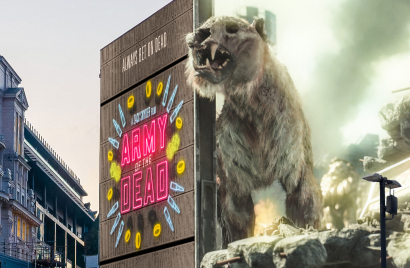 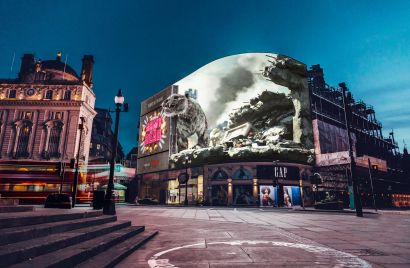 Remote learning has come of age and will outlive lockdowns

Closing the skills gap should be top of the industry agenda and that demands embracing the opportunity for learning.

Policy and progress: celebrating those who lead the charge with menopause at work.

Bloom celebrates some of the women in the industry who have got the ball rolling on conversation around menopause, implemented policy and worked to make the journey a little easier for the women around them

Inclusive brands need to include the neurodiverse

Why now is the time for brands to expand the pool of diverse narratives and be more inclusive of those who are neurodivergent.