The industry needs to move from viewing flexibility as a problem, to embracing the true opportunity new ways of working has to offer.

How do you solve a problem like flexible working? Well to start with you have to stop viewing working flexibly as a ‘problem’ in the first place. This was the premise of a provocative and passionate panel of experts at Bloomfest, who successfully cut through the toxic media narrative surrounding flexible working, to highlight the opportunities and challenges that are holding the industry back from realising the true potential of new ways of working.

Presenteeism was viewed as a legacy issue that the creative industries and business as whole urgently need to address. For, as the panel explored, success is not measured in how many hours you sit in the same chair for each day. Siobhan Brunwin, People Director at MullenLowe Group UK, highlighted the country’s yawning productivity gap; noting that while the UK has the longest hours, it suffers from one of the lowest productivity levels in the world.

Heleana Blackwell, Co-Creator of The New Work Network, said that if the industry wants to bring about greater balance in work and life, then it needs to give people actionable steps to make flexible working possible. She believes that the key challenge for businesses is to create cultures that support flexibility. This means recognising what culture actually means; which she defines as the behaviour of management teams as opposed to a positioning statement on a company website or strategy document.

You need to think about flex holistically. If people are treated like robots that has huge implications as we are working against our body’s natural rhythms.

In a midst of a media narrative that increasingly equates flexible working to a pipe dream in the same way you would, for example, describe ambitions to become an astronaut or win The X Factor, Blackwell urged the audience to think more critically about the accepted narrative surrounding work. Advocating for a shift to outcomes as opposed to hours worked, she noted that “people can work or shirk” anywhere. A fact that demands more critical thinking from the industry than simply bemoaning the trend for people to work from home on a Friday.

Blackwell noted the barriers to flexible working, observing that while leadership teams can be outwardly supportive of flexible working, this theoretical support can “get killed by middle management”. Therefore, she believes ensuring an end to “command and control” management styles across levels is crucial to developing and promoting best practice in flexible working.

While technology has long been viewed as the one-size-fits-all solution to flexibility, Blackwell noted that “CCing everyone into an email isn’t collaboration.” The panel also took aim at overuse of Slack channels, noting that technology can easily become too ‘in your face’, robbing the individual of the need for focused, uninterrupted work.

The fact that flexible working is about men too also topped the agenda. Han-Son Lee, Planning Director of Proximity London and the founder of DaddiLife, the online platform for modern dads, said that there remains too much of a pervasive paternal stereotype in the industry. One that demands that dads should be at work, which is causing tensions across generations and teams. He noted that all too often dads in the workplace who want to lean into family life find themselves on the career ‘B-track’.

According to DaddiLife’s The Millennial Dad at Work report, there remains a significant gap between what flexible working is being requested and the working patterns that are being accepted by companies. According to the research while 28% requested a change in hours, only 33% of those requests were granted.

However, he praised Proximity, where there is a dads working group which ensures they are both supported and heard. As Lee explained, “In our industry there are pockets of excellence but there is still work to be done.”

In our industry there are pockets of excellence but there is still work to be done.

Much of that hard work is being taken on by the ‘transition generation’, those men and women who are often returning to the workforce after having children, on flexible working patterns. This generation faces a double-burden as not only are they often one of the first people within their organisations to work flexibly, but they serve as a ‘proof-point’ for an organisation as a whole. The panel identified this ‘unsaid challenge’ as a pressure point.

Proximity’s Han-Son Lee explained that there is a “generational lack of empathy” towards this transitional generation. Particularly for new dads, who also face the challenge of trying to conform to traditional male ideals of status.

As Kate McAuley, a professional development expert at Corndel explained, “The base is already squeezed because people aren’t working their normal hours anyway.” A challenge which is further exacerbated by the frictions that can sometimes arise between clients and agencies. “We need to find better ways of working, otherwise we are just pinpointing the success of a few individuals and that isn’t enough,” McAuley added.

Annie Auerbach, Co-Founder of Starling Strategy and author of FLEX: The Modern Woman’s Handbook, argued that in order to thrive and build an attractive workplace of the future, having the right approach to flexible working, empowered by technology, is vital to success.

How to move the dial on flexible working

The panel identified some key action points in moving the dial on flexible working. 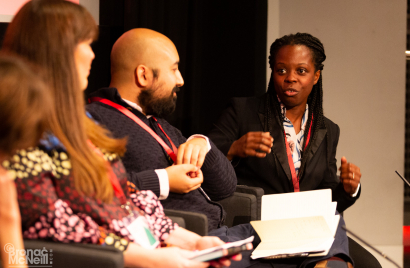 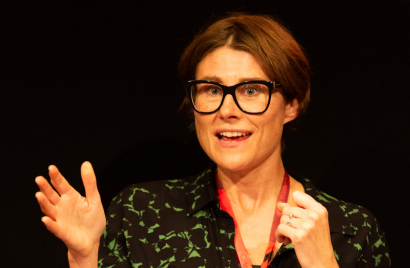