The Reality of Loneliness

Being a loner – or to dispense with the romanticism, lonely – is no longer something celebrated, but something portrayed in its complexity.

Blame Hollywood, but being a loner; or lacking a sense of belonging, has always retained a sense of cool. Think James Dean, Steve McQueen, Marlon Brando.

The further someone pushed themselves outside of the orbit of others, the more interesting they became. Whether it was because of them shirking off family and friends, or fighting ‘the man’. They developed a carapace from the age-old practice of not giving a shit.

Yet, the reality for many of those movie stars, who made a living portraying rebels without a cause, was a sense of being at odds with the world around them. Without the romanticism of the silver screen, their status as loners often became little more than plain loneliness.

It’s something explored now in far greater detail, especially in the form of protagonists from recent shows such as Patrick Melrose and Sharp Objects. Being a loner – or to dispense with the romanticism, lonely – is no longer something celebrated, but something portrayed in its complexity.

And it’s a topic brands are engaging more and more. The John Lewis Christmas ad from 2015, ‘Man on the Moon’ worked elderly loneliness into their normally whimsical seasonal TV spot. The partnership with Age UK highlighted to the masses the impact being alone can have on people at Christmas.

More and more brands and advertisers are dealing with loneliness in all its forms too. It’s estimated that 9 million people in the UK suffer from it, prompting a Minister for Loneliness to be appointed by Downing Street in January this year. Whilst in the US, health insurance giant Cigna ran a survey that concluded 40% of the country “lacked companionship” or were “isolated from others”.

Loneliness is something that affects the young and the old, and in a multitude of ways that are far from the black and white loners of the silver screen. Brands are starting to explore the complexity – both in the problems, and how to advertise their solutions.

60m+
views of the campaign film

‘The Loneliness Project’ / ‘Be More US’

The Campaign to End Loneliness has dedicated itself to providing expert advice on loneliness since 2011. Working for people of all ages, it recognises the importance of people having connections that matter.

In 2017, they launched The Loneliness Project with BMB. Following twenty-something Joe, the film was a chronicle of a week he spent alone in his flat, without his mobile phone or access to social media. Seen over 60 million times worldwide, the film was one of the most watched and engaged with charity campaigns in 2017.

The way the film showed the reality of loneliness, baring the solitude Joe felt and the drag of time, was one of the reasons behind its impact. At the end of the film, Joe visits his elderly neighbour Barry, a widower. In a tender conversation, Barry shares with Joe the significance of loneliness – not having someone to “talk to, to hug, to share something with.” With over half a million older people going up to a week without seeing anyone, awareness of others is a big part of CEL’s battle.

In May of this year, the campaign followed up their film with another ad from BMB. Deciding how easy it is for children to strike up conversation and to make friends, the ad shows footage from hidden cameras in a café, where solitary or un-sociable individuals are approached to make conversation by six-year-olds. The ad manages to strip away the social awkwardness and excuses we find for not socialising, by viewing what’s stopping us through children’s eyes.

The film is the launch point of ‘Be More Us’, a call by CEL for people to celebrate the things we share, and to connect and spend time celebrating those moments. 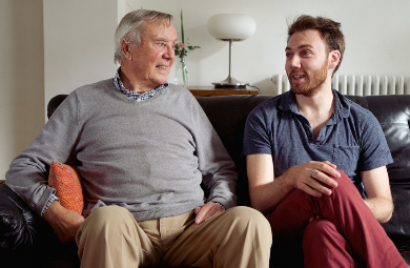 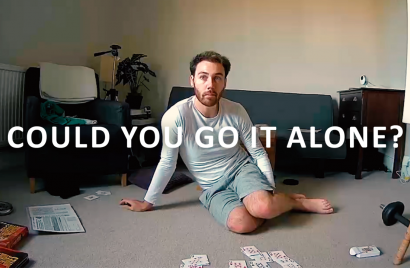 First shared with the world in 2016, the Japanese spin on Amazon’s Alexa has recently gone into mass production. The lamp-like device conjures an anime character called Azuma Hikari. In the ad, Azuma communicates with a young professional at work, asking him what time he’ll be home, and even toasting the anniversary of their time together. Whilst it might seem like science-fiction, Gatebox’s limited runs and pre-orders all sold out – no small achievement at $2,700 per device. In a country where over 60% of unmarried men and women aren’t in a relationship, Gatebox is being marketed as a solution to those who want their companionship virtual. 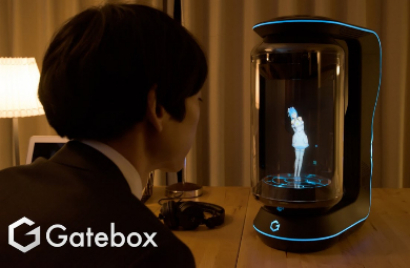 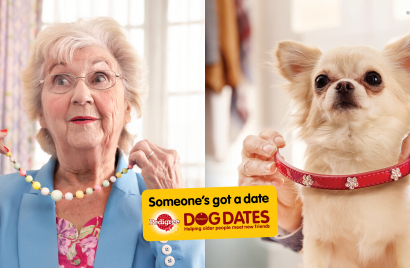 Research from the Waltham Centre for Pet Nutrition shows how animals can sometimes be the answer to people’s loneliness. Showing how animals help people remain physically and socially active, the research prompted MARS’ Pedigree brand to work with AMV BBDO on matching elderly people to dogs in their local area. Anyone over 65 can register and the incentive was piloted in Melton Mowbray back in April. The campaign doesn’t attest to having the sole solution to ending loneliness, but instead shows how thinking about the problem in a variety of different ways can help those who suffer from it find their own way to ease the pressure.