Founder and Creative Director of Hometown

Creativebrief: As Founder and Creative Director at Hometown what is your primary focus?

Simon Labbett: To become the agency we set out to be.

Creativebrief: Please share a para on your career to date – specifically talking us through the high points

Simon Labbett: I joined Ogilvy in 1995, as one half of the first digital creative team to work in advertising. We put the first Guinness website live, as well as Argos. It was good to be part of that first tranche of digital folk to take on the industry. I still remember meeting the highly ambitious James Hilton and Ajaz Ahmed from AKQA, when it was just the four of them on the Kings Road.

I’m blessed to have spent my entire working life with my long-term creative partner and good friend DG. We were once compared to Ant & Dec, which geographically couldn’t be more opposite.

We’ve always had an eclectic mix of work. In 1998 we invented the charity C.A.L.M, a phone line for depressed young men. 18 years later and it’s thriving. We also created New Blood for D&AD and launched Floodline for the Environment Agency, two projects we completed during a short stint at the holistic communications agency Circus.

In 2000 we joined RKCR, a place we called home for the next 12 years. It was an amazing period for the agency, and a great time to be part of that growth. Not only did it define us, but it exposed us to some of the world’s biggest and most exciting brands; most notably those from the Virgin stable. Our Crime campaign for the Home Office went on to save the taxpayer £380m, as well as earn the agency an IPA Grand Prix.

The highlight of that period was launching Saint in 2007, a digital agency we grew from just three people to 90, and won Digital Agency of The Year twice. 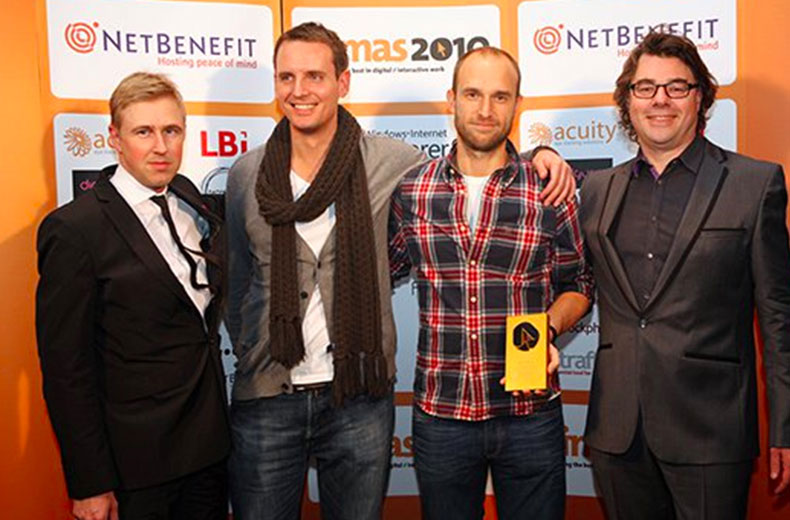 Simon Labbett and David Gamble winning Agency of the Year twice for Saint, a great way to end 12 years at RKCR 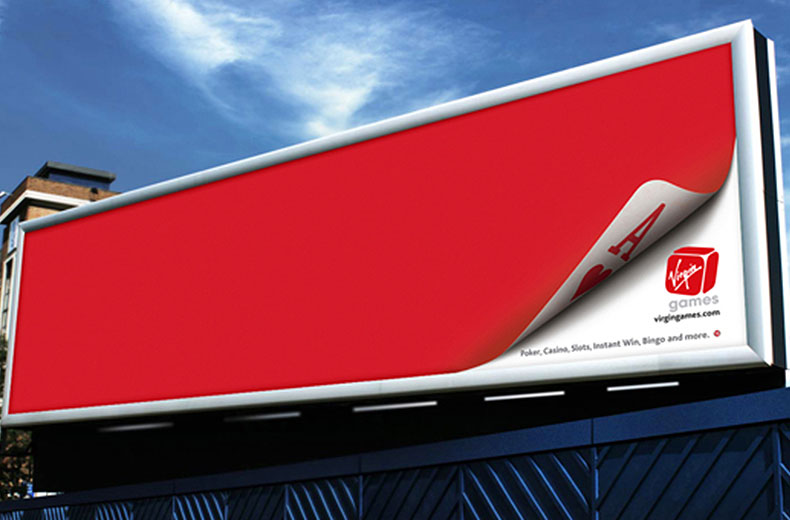 Creativebrief: What’s unique about your agency / business? Why did you form Hometown?

Simon Labbett: We formed Hometown to be a people-first business, hence the name. A creative community you feel part of, not a business you work for. It’s a philosophy we carry through to our clients businesses with our ‘People-Shaped Advertising’ approach.

Creativebrief: Who are the people new to you (either within your business or externally) who have particularly impressed you in the last 12 months?​​​

Simon Labbett: I was privileged to be a founding member of Cabal. A very influential group of connected people, who want to be inspired by like-minded folk. We get together every month and always leave business at the door.

Creativebrief: What has been your agency’s best work in the last year?​​​​​

Simon Labbett: It would be very easy for me to say the campaign we made with Aardman for a global watch brand (who need to remain nameless) but it’s not. Our new Buzz platform for Cisco is the one that’s super exciting, as it has the ability to inspire and empower a sales force in a business of that magnitude. We’re currently looking at what it can do for other big corporations around the world.

"Our Crime campaign for the Home Office went on to save the taxpayer £380m, as well as earn the agency an IPA Grand Prix"

Creativebrief: Industry wide, what work has excited you most this year?

Simon Labbett: I recently saw a campaign that came out of Brazil for boosting the blood reserves in Bahia. One of their biggest football clubs, Clube Vitoria, play in red and black. They took all of the red out of their shirts, and only replaced it stripe by stripe as the fans donated blood. It was a $15,000 campaign that achieved $8m in media, and boosted reserves by 50%. 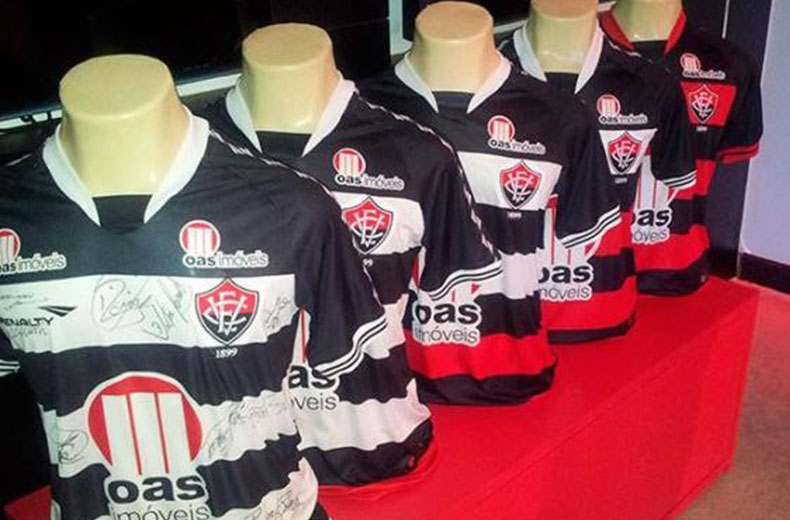 Creativebrief: Who or what inspires you?​​​

Simon Labbett: We’re working on some branded experiences at the moment, where real-world meets digital. It’s exposed me to people like Bompas & Parr, who know how to play with your senses. It’s probably the closest I’ll ever come to meeting Willy Wonka. It’s made me question how we could consume advertising in the future. Let’s just say everything feels a bit 2D now.

"I’m a mainstream media junkie and proud of it"

Creativebrief: How do you stay in-touch with the industry’s best work and culturally relevant news?

Simon Labbett: Is this where I’m supposed to name check a bunch of cool titles? I’m a mainstream media junkie and proud of it. It keeps me fully plugged into what the world is reading. We also have a good sharing culture in the office, so plenty of inspiring blogs and animated GIFs come my way.

Creativebrief: What work or agency from outside the UK do you think is particularly influential?​​

Simon Labbett: I’m keeping a close eye on GoPro. They are quickly becoming a very influential brand as they continue to bring us the world like we’ve never seen it before. I would love to work with them. 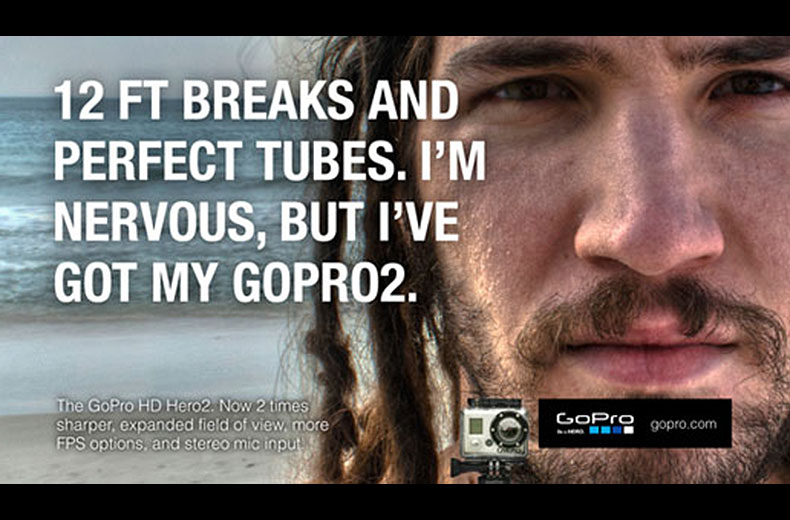 Creativebrief: What do you think are going to be the main challenges for agencies in the next two years?

Simon Labbett: Branded Entertainment. We all acknowledge a need to explore new ways of reaching audiences with platforms, applications, short and long form content all having a role to play. The bit that agencies need to be good at is working out what the glue is, the springboard for all this wonderful stuff.

Creativebrief: How do you see the media landscape unfolding in the next five years?

Simon Labbett: I think the biggest shift we’ll see is in mainstream TV. A move away from TV channels and into the realm of channel brands. The whole notion of channel flicking will slowly disappear, as Apple TV, Netflix, LoveFilm and other platforms create channel neutral environments. It’s essential that channels focus on attribution, defining their brands and communicating what they’re about. Back to my point about the glue.

Creativebrief: What’s your attitude to the ‘traditional’ pitch? Do you think there is a better/more modern way?

Simon Labbett: Pitches are the purest form of appraisal a client will ever have, that’s why I love them. But the format sucks. We’ve worked hard to overhaul the way in which we pitch, and now have a method which should be a true reflection of how we think and work, one that puts the consumer at the heart of everything. It’s an approach we adapted from how retail environments are designed.

Creativebrief: What’s the best pitch you’ve been involved in?

Simon Labbett: The first pitch we did as Hometown. Pitching your own ideas from your own business is a feeling you can’t quite describe. It’s a mixture of pride and fear, much like having your first child.

Creativebrief: What ways do you think the industry can change for the better?​

Simon Labbett: To launch a creative business in this day and age you either need a big client, rich parents or very deep pockets. That pretty much rules out 97% of the population.

We need to encourage more mavericks to become entrepreneurs, more students, more kids from deprived backgrounds, people who aren’t blessed with financial support or business acumen. Right now I’m working on a platform that can give start-up agencies a new route to market. It’s in it’s infancy, but has tremendous support.

Creativebrief: What’s the next big thing for Hometown?

Simon Labbett: We’re hoping to infuse a certain celebrity into a can of fizzy pop.

“Our economy does not represent us, and that needs to change.”