‘THE WORLD IS LOOKING TO YOU COP26’ 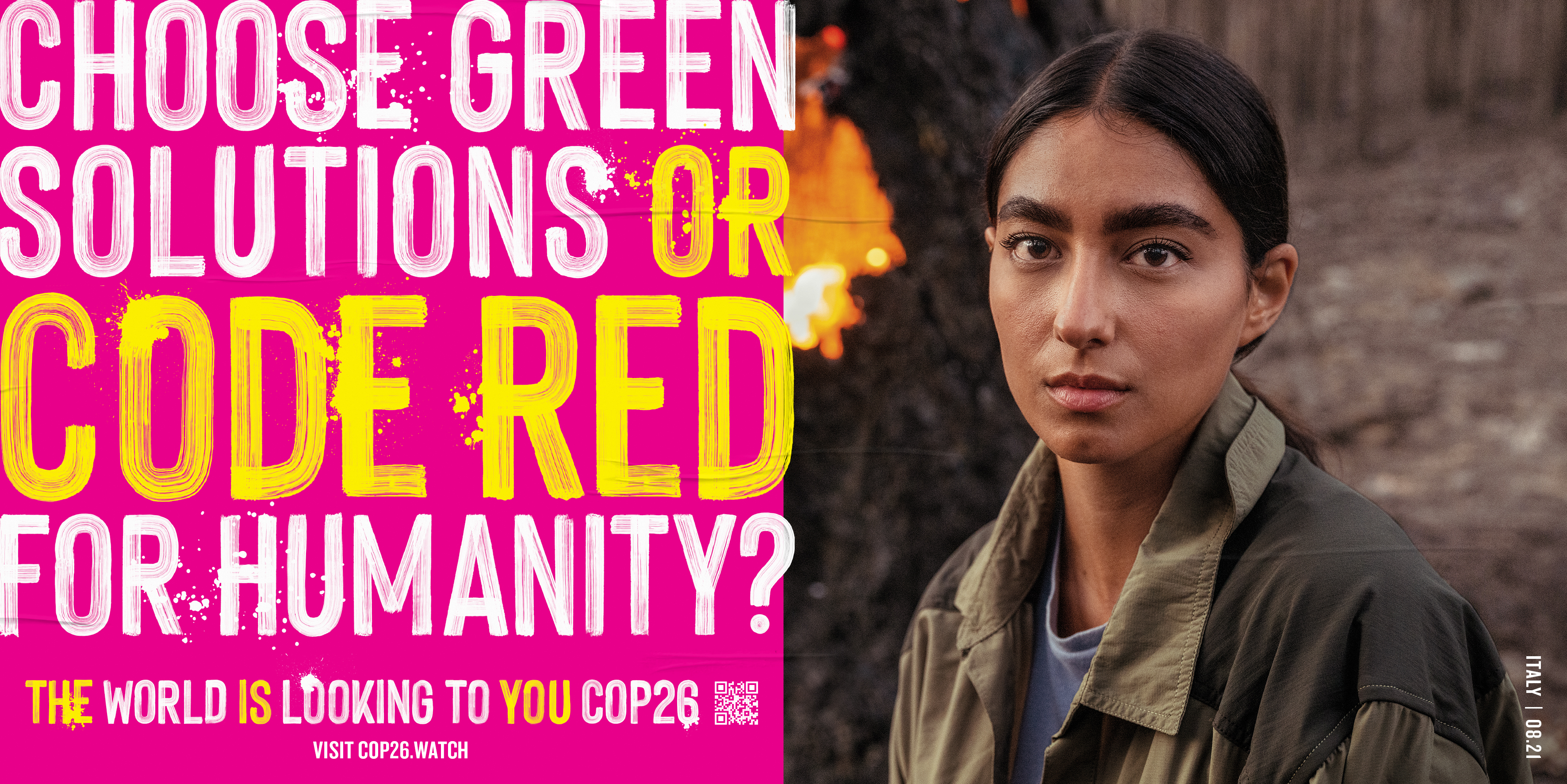 As leaders and delegates pull into the stations as they arrive at COP26 they are met with real-life portraits of people from the front line of recent climate disasters, reminding them of the harsh realities of the climate crisis as part of the new campaign; ‘THE WORLD IS LOOKING TO YOU COP26’

Quadrature Climate Foundation (QCF), a cohort of over 40 organisations united in the belief that COP26 is a hugely important moment in the fight for climate justice, has secured media space across all major transport hubs and is using the OOH inventory to remind COP26 attendees of the gravitas of the climate crisis.

QCF were advised on the media buy by Media Bounty’s Jake Dubbins. Over a year ago Jake knew the OOH media in Glasgow, Edinburgh and London at key transport hubs could be used to make a difference, and so purchased the top packages from each of the media owners.

Now, instead of the space being used to promote greenwashed messages of big polluters, it is being used to call on delegates to seize the opportunity presented by COP26 and to work together for the future of humanity.

Iris is the creative agency behind the work going live in Glasgow, London, Edinburgh. The work features real-life portraits of people from the front line of recent climate disasters, bringing the harsh reality of the climate crisis straight to the corridors of COP. The haunting photography is accompanied by messages directed at delegates such as ‘Act now or pray we get a later’ and ‘Steady the ship or watch it sink?’

In some instances, the photography is accompanied by a QR code that takes the public to a microsite, disclosing the shocking climate story behind the images featured. Each image is a gateway to the stories of victims of existing weather extremes, made worse and more frequent by climate change.

‘THE WORLD IS LOOKING TO YOU COP26’ launches this week in major transport hubs around the UK in the run-up to and during COP26. The campaign targets delegates and business leaders travelling to the landmark event beginning on 31st October. 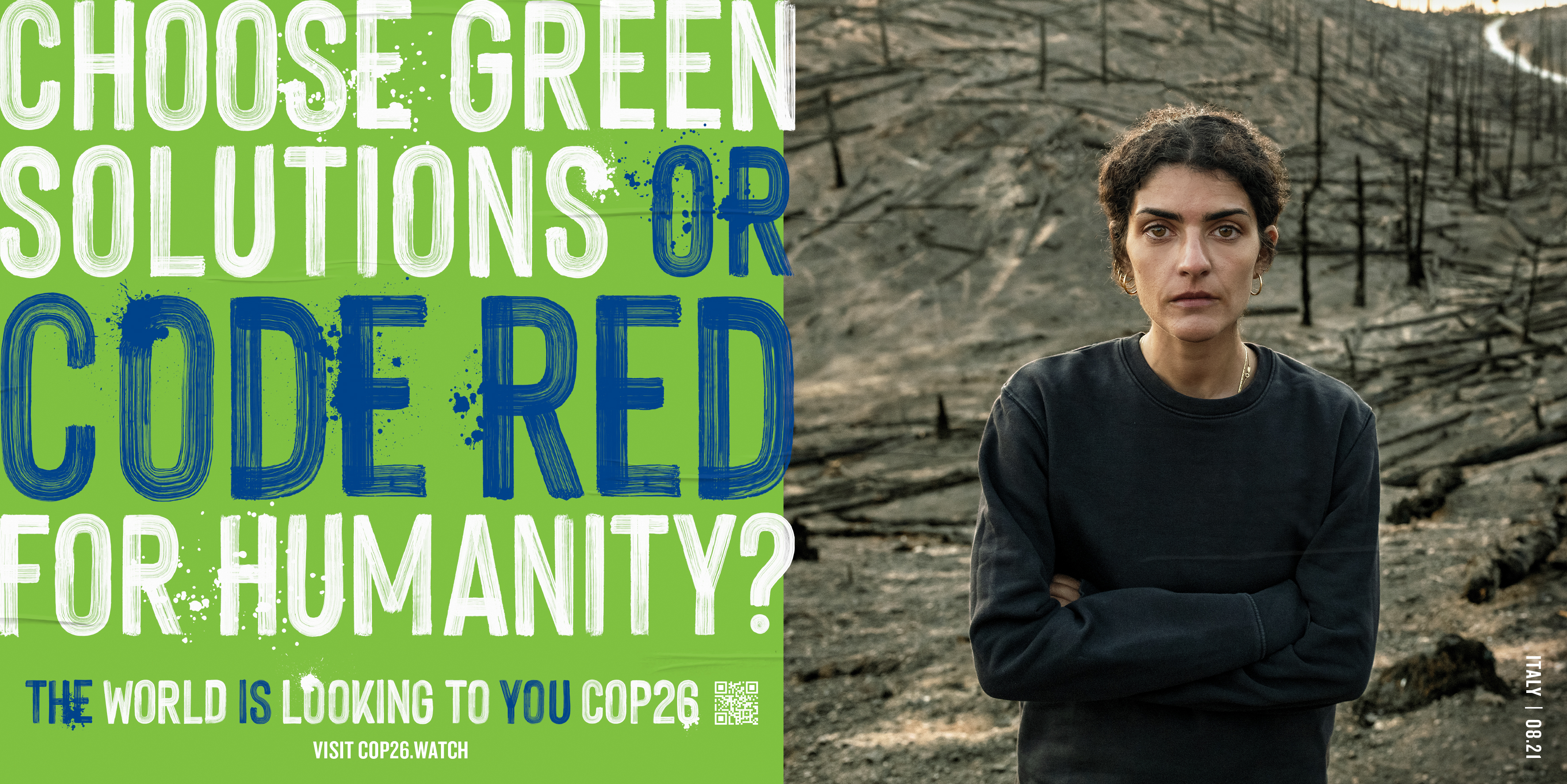 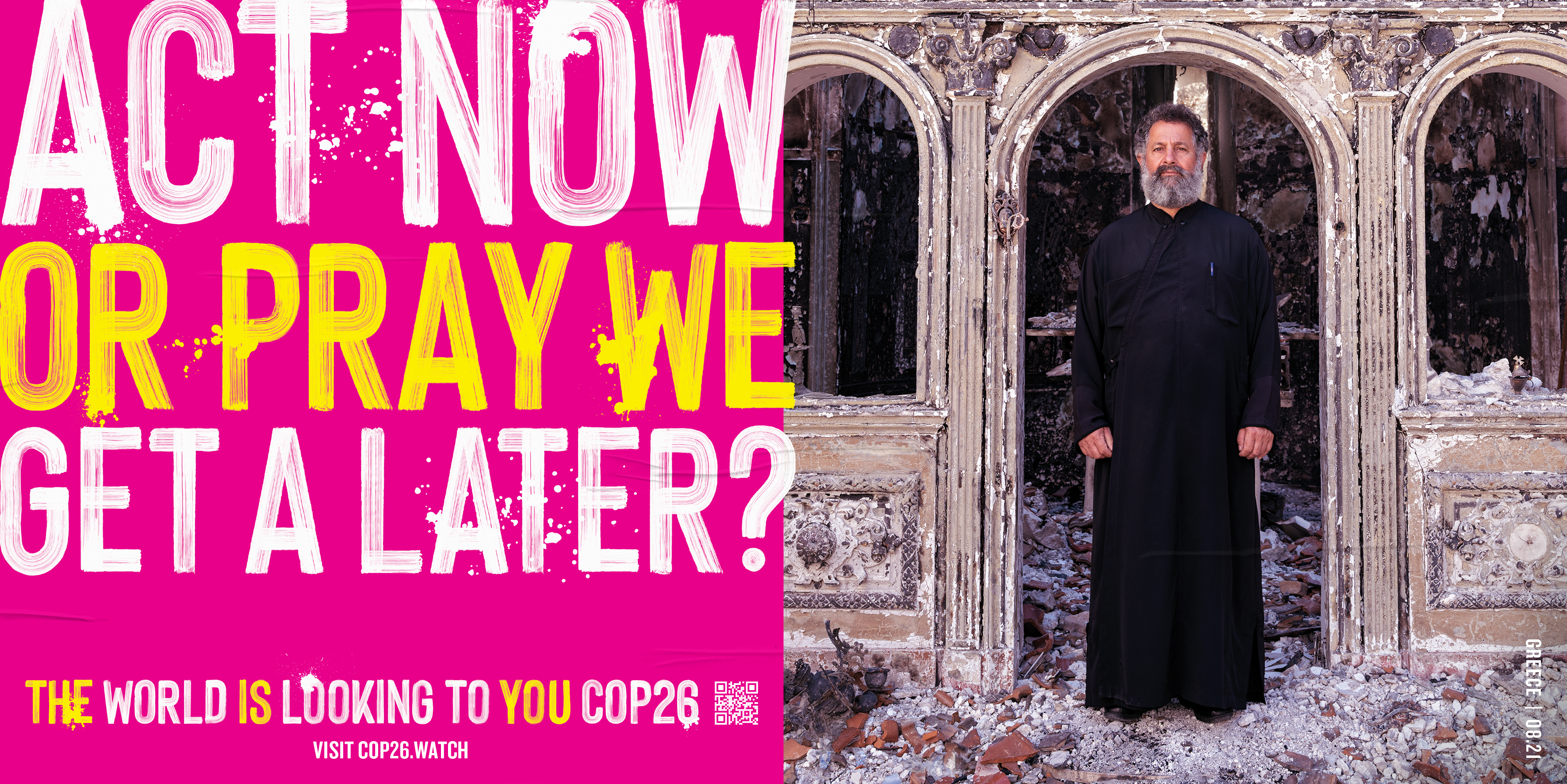