Change the Narrative: Why now is the time for advertising to tell the truth about women in advertising

At ZEE MELT 2020, Nicola Kemp, Editorial Director at Creativebrief, argued that now is time to tell the truth about women’s lived experiences in advertising.

“We need an inclusive and intersectional approach to shifting the narrative when it comes to the depiction of women in advertising.” In a wide-ranging presentation about the future of advertising to women at the marketing and communications festival ZEE MELT 2020, Nicola Kemp, Editorial Director at Creativebrief, argued that now is time to tell the truth about women’s lived experiences in advertising.

The talk was particularly poignant considering the disproportionate impact that the coronavirus crisis is having on women. She presented research from Pregnant Than Screwed that demonstrated the impact that this is adversely having on working mothers. Kemp spoke about the concept of the second shift coined in 1989 by Arlie Hochschild to describe the double burden experienced by employed mothers. Kemp argues that, during the ongoing pandemic, employed mothers have been undertaking a third shift that includes the sudden additional job of home-schooling.

“The cost of silence is women’s careers,” explained Kemp, believing that it is beholden on everyone to speak up about the inequality occurring within both the makeup of the industry but also in its creative output. Otherwise we remain bystanders to the biggest threat to gender equality in a generation.

If women are in the room where it happens, it means women’s lived experiences are reflected in the work.

Bring women into the room

The reality is that when women are in the room, “brave, brilliant and creative work” is produced, says Kemp, that accurately reflects women’s experiences. Kemp spoke about the This Girl Can campaign from Sport England, introduced after the organisation found that 75% of women said fear of judgement by others was holding them back from playing sport, even though they wanted to. It was a campaign based on active listening, that reflected women’s lived experience back to them.

The campaign Body Proud Mums from DentsuMcgarrybowen for Mothercare was also a powerful depiction of the reality of motherhood. The campaign drew its insight from what the team behind the campaign describe as the ‘Anne Boleyn effect’, when mothers in advertising have their heads cut off rendering them simply just a body, the reality all but invisible. “When brands talk about brave and real, they’re usually just a polished notion of that,” said Kemp. But, she added, this campaign is “rooted in a desire to be truthful,” and depicts exactly what it says it is.

Kemp then drew the audience’s attention to Bodyform’s latest campaign from AMV BBDO, #wombstories telling the unseen, unspoken and unknown stories of women’s wombs. It was an exceptionally powerful campaign because it depicted the full breadth of what women can experience, from periods to birth, miscarriage and endometriosis, moving away from the singular narrative taught to children from a young age.

Nadja Lossgott, the Executive Creative Director at AMV BBDO behind the campaign called the womb, a woman’s “second seat of power.” This campaign, said Kemp, was an example of “advertising’s ability to shift culture,” advertising that moves away from, she added, “society’s collective ignoring of women’s experience.” The reality is, as Kemp explained, that if “women are in the room where the creative work happens, it means women’s lived experiences are reflected in the work.”

We need intersectionality to change the narrative for all women, not just a microscopic section of them.

Fundamentally, said Kemp, “to change the narrative, we need to create space.” Space to listen to women, to hear their voices and the stories they’re telling. We need to disrupt the toxic status quo, explains Kemp, and “foster creative cultures where we speak up for ourselves and others.”

After the presentation, Kemp answered audience questions moderated by Shreya Krishnan, SVP Marketing and Communications at Anviti Insurance Brokers. Krishnan believes that “to be inclusive there needs to be representation first.” As a response, Kemp talked about the collective power of women, how frequently there are not enough women at the table and, if they are there, they often feel the need to reflect the behaviours of men.

For Kemp, it is vital that we recognise “our experiences aren’t universal…each experience is unique.” Changing the narrative comes from speaking out, reaching out to your network and to the community who support you.

Telling the truth about women in advertising means speaking with and for all women, to raise the bar for everybody, as Kemp explains: “A lot of the time the lens is focused on privileged white women. We need intersectionality to change the narrative for all women, not just a microscopic section of them.”

Ultimately if a workplace is better for women, it is better for everyone as Kemp explored as she implored men to be “agents of change in society and workplaces.” This is particularly vital in cultures where it is harder for women to get their voices heard.

For Kemp, the time is long past for advertising to be telling the truth about women’s lived experiences. With coronavirus only exacerbating many of the societal struggles women face, changing the narrative has never been more essential. 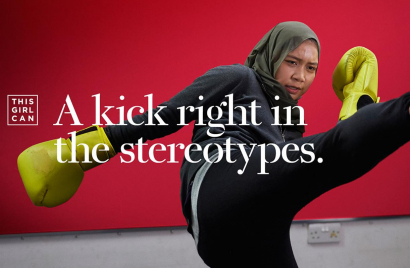 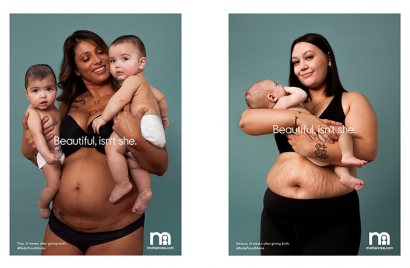 Going all out with Gen Z this Christmas

For a generation that has grown up largely in crisis, fun and humour is important