Why Born Free and ENGINE turned to real voices in lockdown

A new campaign highlighting the plight of animals in captivity shines a light on the power of lived experiences and real voices in advertising.

Animal welfare charity Born Free has turned to the iconic ‘Creature Comforts’ series to create a new campaign which shines a light on animal captivity through the lived experience of real people in lockdown.

When in captivity, humans and animals alike experience feelings of loneliness, anxiety and depression. This is often accompanied by a deterioration in both their physical and mental health. It’s an experience rooted in a loss of freedom which has been acutely felt by people across the globe in lockdown. The simple things and human interactions they once took for granted changed seemingly overnight.

This is the creative insight which forms the heart of ENGINE’s latest campaign for Born Free ‘Creature Discomforts: Life in Lockdown’. The voices of real people sharing their experience of temporary lockdown are used to illustrate the stories of wild animals living in captivity.

Director Peter Peake at Aardman, which created the spot, explained that while lockdown presented challenges in production terms it inspired some really poignant and touching insights from the interviewees.

Pete Ioulianou, Senior Creative at ENGINE, says that the creative concept was simple. He explains: “By riffing off the much-loved show Creature Comforts, we were able to use real people talking about their lockdown experience and match it up perfectly with wild animals locked up, shown in a familiar Aardman visual style. That way, the audience gets a whole new perspective on animals in captivity.”

It's an approach that communicates a powerful message. As he adds: “Our lockdown was temporary; for some animals it’s permanent. That’s what we really wanted to get across.”

What was less simplistic, however, was the creative process in the midst of the myriad restrictions in lockdown. As Ollie Agius, Senior Creative on the campaign at ENGINE explains, while the rest of the country was stockpiling loo roll, they were instead grappling with this brief. He says, “It was hard to ignore what was happening with the virus, so we tried to use it to our advantage. We were locked up for the first time in our lives, so we could only imagine what it would be like to be locked up forever.”

This posed the creative question: if these animals could talk, what would they say? This led to the idea of Creature Comforts as the perfect vehicle to get our message across. The concept developed quickly and, once Aardman came onboard, they really bought into the idea that Creature Comforts can be used to make a powerful point.

While ENGINE producers Laura Melville and Henry Davies stepped up to ensure a pitch perfect spot. As Aigus admits: “They had to listen to us talk for literally hours about how an orangutan should move, or a chain should sound – sorry! But still turned this around in a matter of weeks.”

Notably the creative team say they had no doubts about the campaign, in the wake of the huge success of last years’ ‘The Bitter Bond’ animated film which achieved over 11 million views and 250,000 petition signatures, despite zero media spend. A push which resulted in the South African Tourism Services Association withdrawing support for any interactions between tourists and wild animals, such as lion cub petting.

“The second album thing never really entered our minds to be honest,” said Agius. He adds: “Bitter Bond was a brilliant piece of work that came out of a very different brief by another creative team at ENGINE. We were just happy to have the opportunity to make something new for a charity that puts so much trust in their agency.”

The power of real voices

At the heart of this campaign are real voices, and the creative team agree that the voices are the most important part of the idea. Agius explains: “They had to be genuine and had to be captured at the peak of lockdown so the feelings everybody had were raw. We didn’t tell anybody why we were interviewing them until after we’d finished to make sure their answers were as true as possible.”

Ioulianou, adds: “We listened to hours of recordings and put together an edit that we felt had the right mix of humour and emotion. All the pauses and stutters and errms and repeated words are what give it that realness and charm that we’re so used to with Creature Comforts.”

The team agrees that the casting combined with the lived experience of lockdown are what brings this campaign to life. As Ioulianou explains: “The entire world has had a taste of what it’s like to be locked inside now. And the truth is, it’s not very nice. That context is what gives the film its power.”

As Agius says this really makes the creative idea tangible. He says: “Everyone can now more easily imagine what it’s like to be a wild animal in captivity and should be more motivated to help stop it happening by donating to the Born Free Foundation.”

We truly believe in the power of an idea to help change the fortunes of a brand for the better.

The coronavirus crisis has created an incredibly challenging climate for charities. The team believes that the campaign underlines the importance of the creative industries in helping to create communications to bridge this funding gap.

As Ioulianou explains: “We’re a little/very biased, but we truly believe in the power of an idea to help change the fortunes of a brand for the better. Charities are clearly struggling at the moment so we’d urge any creatives that can to help. We’re in the privileged position of being able to think our way out of problems; doing that for a charity is all the more rewarding.”

An absolute commitment from across teams and organisations, a clear belief in the idea and the emotional pull of real voices combine to create a powerful creative moment. It’s a compelling reminder of the power of the creative industries to help bridge the awareness and funding void all too many charities are facing in the midst of the coronavirus crisis. 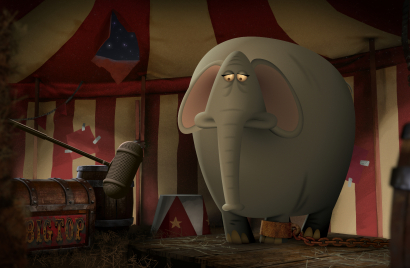 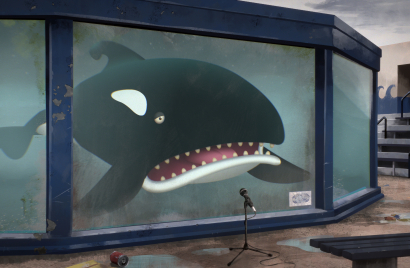 The Great Reset’s creative brief offers the creative industry the chance to reframe what it means to be a climate hero. It also grants the next generation the power to make decisions about their own future.

Starbucks thanks customers for wearing a mask

By bringing some light-relief to mask-wearing, the brand successfully normalises something which all consumers must increasingly embrace as part of everyday life.

Women’s careers are in danger of becoming collateral damage in the pandemic. Here’s what you can do about it.

Fewer commuters, more people opting to walk or cycle and less planes in the sky have led to lower levels of pollution recorded across London for the first time in years.

“Trust your team, trust your clients, trust the work”

Oreo and Digitas on how vulnerability empowered a creative partnership under lockdown.