The importance of not being earnest

What happened to brands that used to sell you stuff? There aren’t many around these days. If you just want shampoo, good luck. You see, they’re not just flogging shampoo; they’re championing diversity. They’re not just selling razors; they’re fighting toxic masculinity. They’re not just a betting company; they’re crusading for LGBT rights. Where marketing was once unashamed product hyperbole, it’s now an embarrassing hashtag-led eagerness to address the meaningful issues of the day.

Of course, there have always been brands that wear their causes on their sleeves, many fairly. But these days, it seems, you can’t move for purpose-led, right-on campaigns encouraging us to spend more money on socially conscious products. From M&S’s LGBT sandwich to Kendall Jenner stopping a riot with a Pepsi can, there’s no shortage of brands adopting our concerns and progressive values as a marketing ploy.

Today’s cynical consumers, it appears, trust “almost nothing” and, while almost half of us distrust brands, over two-thirds of us distrust advertising.

But is this woke-washing working?

Numerous research studies suggest it isn’t. Marketing is less trusted now than it’s ever been. Today’s cynical consumers, it appears, trust “almost nothing” and, while almost half of us distrust brands, over two-thirds of us distrust advertising.

Brand ‘arrogance’, and the appropriation of lofty but ill-fitting causes, are a large part of this. People see straight through it. But, from Cambridge Analytica to VW’s diesel-gate to £350m-on-a-bus, shouldn’t that now be obvious? Consumers are now so much more literate about the methods through which they’re targeted, and so much more cynical about the claims thrown at them.

Of course, if brands can make people like them whilst doing good, everyone benefits. But brands are rarely honest with themselves or their audience about this contract. As with the emperor’s new clothes, even those of us with influence are afraid to question what’s happening because everyone else seems to think it’s good and important.

But, as this earnestness drives consumer cynicism higher and higher, there appears to me a simple and obvious antidote: to not take yourself so seriously.

Your brand isn’t going to change the world

Rather than claiming more, wouldn’t it be better to recognise your true place in the world? To be honest that your brand isn’t going to change the world. To be honest about what most brands want and need, which is just to be liked a bit more. And to communicate with people normally, honestly and light-heartedly.

We all know this intuitively from the real world. But there is academic evidence to support it: a bias called the Pratfall effect, discovered by psychologist Elliot Aronson. Put simply, you become more appealing if you exhibit a weakness.

But these are rare industry exceptions. And they’re rare because the approach appears to drive a perilous conflict of interest between the brand and the marketer. Imagine you’re the Marmite Marketing Director and you’ve made a campaign celebrating the fact that half the population hate the taste of your product.  If the campaign bombs, your CEO, who won’t know or care about Aronson, will say ‘no shit, Sherlock’ and you’ll lose your job.

But such boldness has an obvious benefit: so few brands use it that it will always feel distinctive, fresh and surprising. In a world of over-claim and over-inflated purpose, people stop trusting your messages.  If you admit a weakness, or just own up to the game you’re playing, everything becomes a bit more believable.

Drop the lofty stuff, and take yourself less seriously

We’ve recently done exactly this with our client Purplebricks, whose sponsorship of Team GB for the 2020 Olympics earned them the designation “The Official Estate Agent of Team GB”.

No doubt there are progressive values and common goals we could have unearthed, perhaps striving towards personal bests, or championing the power of ‘team’. But this, we all know, is marketing nonsense. Instead, we looked at it the way ordinary people would, and recognised that Olympic athletes and estate agents aren't natural stablemates. We acknowledged the absurd incongruity of Team GB having an official estate agent and produced work that is knowing enough to laugh at itself.

The campaign features a Purplebricks estate agent whose role is to represent the company and milk every last opportunity the sponsorship deal offers.  Her tireless efforts to draw parallels between her own house-selling efforts and the efforts of Team GB athletes unashamedly acknowledge the incongruity of the partnership, but speak truthfully about what we all know brands want from sponsorship: not the fulfilment of lofty purposes, but exposure.

This tangible demonstration of honesty, of course, makes other claims more believable. Laughing at ourselves, in fact, suggests confidence and courage. And, just as we like people who make fun of themselves more than we like braggarts, it makes the brand more likeable.

So, what do we learn?

Clearly, there’s nothing wrong with brands supporting progressive causes, so long as it’s backed with actions rather than simply preying on your conscience. But, at a time when cynicism is higher than it’s ever been, perhaps more marketing directors should allow their brands to flaunt their flaws rather than push their positives. It won’t always make sense to the CEO, and it won’t always present itself as a sure-fire career move. But, if you want your brand to be liked and respected, drop the lofty stuff, and start taking yourself less seriously. 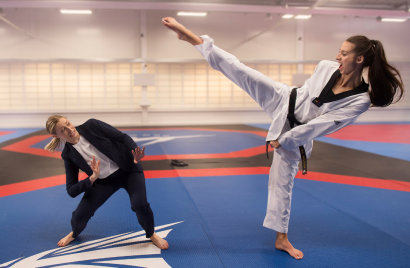 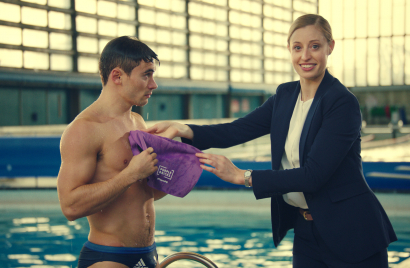 Matt is Executive Planning Director at SNAP LDN. In his 20 plus years in advertising, he has worked across a diverse range of market sectors at a number of agencies, big and small. He has also won numerous planning awards, including IPA Effectiveness Gold and the Marketing Society Grand Prix for the launch of ‘essential Waitrose’, and IPA Effectiveness Silver for the Purplebricks ‘Commisery’ campaign.

A product like Tesco's plasters in three skin tones demonstrates the power that can come from listening to a community and understanding their everyday lived experience.

Matt Clarke, Client Director at Walker, is our South Coast tour guide, showing us some of the sights, & explaining why more and more people are swapping city living for a healthy dose of sea air, down in sunny Bournemouth.