Uniting A Divided Nation With A Sausage Roll

With the launch of the Vegan Sausage Roll, Greggs fundamentally changed the food conversation and brought people of all diets together behind the milestone vegan innovation.

In 2018, the UK launched more new vegan products than any other nation (Mintel), with participation in Veganuary growing by 183% in 2018 compared with the previous year (Veganuary).

Naturally, this has led to a significant increase in brands innovating to both covet the vegan pound and prepare for the different diets of the future, as a third of Brits consciously cut back in their meat consumption (Waitrose). Even back in 2017, more than half (52%) of all new meat-free product launches were fully vegan (Mintel), representing a huge swing to a more conscious and ethical approach to food innovation.

However, the size of the actual vegan market is in reality quite disproportionate to the share of product launches, column inches and cultural conversation that new vegan products are generating. According to research conducted by The Vegan Society in 2017, only 20% of Brits said they would consider going vegan, suggesting a large majority are still undecided or resistant to changing their diets. Even if that number has doubled in 12 months, the meaty still outnumber the meat-free, but the nation feels increasingly divided down dietary lines.

Food-on-the-go businesses like Greggs are at the centre of this dietary cultural tension. A cultural food icon known for its classic British menu, and bold, irreverent communications, it is also a brand that is absolutely committed to evolving its offering to cater for modern diets.

We live in an age where national diets are as diverse and varied as the people who live by them, with many passionate and uncompromising voices on all sides of the conversation.

So, when PETA started a petition for Greggs to create a vegan product, which 20,000 people signed and shared with the highly-energised online vegan community, the brand decided the time was right to develop, and then launch, what many said was impossible: The Vegan Sausage Roll.

The challenge for marketing was not making the product appeal to vegans; we knew they were waiting for it. The challenge was making sure the new product didn’t detract from the classic sausage roll, and that the key message connected more broadly across the national food conversation.

The vegan product communications space is already perilously crowded, and no more so than during ‘Veganuary’. We knew this launch needed to go beyond the product itself and leverage what it represented in our culture.

The sausage roll is to Brits what the burger is to Americans. A national food symbol steeped in history, context and cultural significance. Like the Impossible Burger before it, we were confident that the Vegan Sausage Roll could be more than just a good vegan product, and instead be the moment veganism went truly mainstream.

With the right campaign, we could change the national cuisine for good with The Next Generation…Of Sausage Roll.

Our business objective was simple: make them sell. Our communications objectives therefore were two-fold: own the Veganuary conversation for the first week to win on visibility and generate high levels of product advocacy to drive consideration and sales.

Together, Splendid Communications and Havas PR collaborated to unlock how this might come to life creatively. The comparison with Apple & the iPhone launch came easily and early, and only Greggs had the iconic status to riff off it.

The “Apple Approach” made for ripe parody with the Greggs voice we’d built in social, and the now-infamous video quickly became the campaign centre piece. Combined with clever media drops and strong media relations, reviews from the right vegan influencers and extremely brave social media management, our tight, impactful campaign was engineered to resonate and land successfully.

But it was a mixture of luck and agility on the day of launch that sent the campaign global. The best campaigns create their own luck, and when Piers Morgan decided to tweet his outrage, we knew we had license to go where many other brands might not. The rest, as they say, is history.

It is already the brand’s most successful product launch of the last six years. Conservative initial reports suggest around half the nation has seen some form of communication about the campaign, with more than 450 pieces of editorial coverage and 24M organic reach on Twitter alone. This huge earned conversation has led to more than 8M total views of the social film, 6.7M of which were generated without a penny spent on media.

At the end of the first week of Veganuary, the product was sold out across the country and Greggs share of voice against its key food-on-the-go competitors during launch week was its highest ever at 55%. A huge success for the Greggs brand, for the Greggs shops, for vegans, veggies and meat-eaters alike, but perhaps not for Piers. 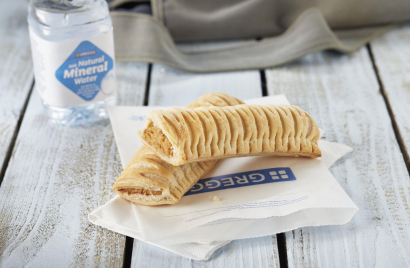 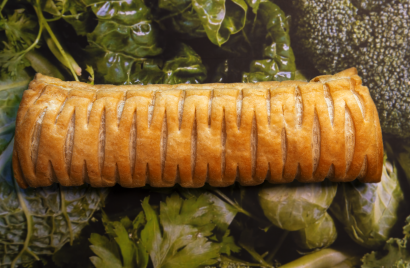 Alex Clough is the Creative Strategy Director at Splendid Communications, an award-winning creative communications agency with a ‘People-First’ approach to creativity. He leads the development of communications strategies for Splendid clients to deliver insight-driven, cultural ideas that travel freely through social, PR, search, digital and experiential, but remain consistent and intact wherever they land. During his career Alex has delivered campaigns for some of the UK’s most iconic brands, including Jack Daniel’s, Hendrick's, Smirnoff, Greggs, MoneySupermarket.com, Tesco, and The AA.