The changing faces of chatbots

Think about the last time you had to perform a menial task like arranging a meeting, insuring your camera, or fixing the flashing light on your wi-fi box that never, ever changes. You probably spoke to a person, who may have been very helpful, but the process was undoubtedly laboured and involved some tinkling, terrible on-hold music.

Imagine a world where you’re never told you’re 57th in the queue, where there is always someone at the end of the line to help. Say hello to the chatbot: simplifying your life and helping you to solve those tedious everyday problems. Bots streamline a service that doesn’t need to be complex by taking out the human component and creating an on-demand service that is truly 24/7.

“The march of technology has now led us to chatbots…Time is the key. Time is a crucial balance we need to strike in the communications business.” Martyn Gooding, Creative Partner, Gravity Thinking

A chatbot is a form of AI, specifically designed to replicate human interaction. All bots must pass the Turing test, designed to establish a machine’s ability to exhibit intelligent behaviour equivalent to, or indistinguishable from, a human. The bots function over existing messenger apps, from Facebook Messenger to Slack. These apps are becoming increasingly more popular than the social media networks they often function on.

“To create a satisfying chatbot experience requires the designer to think more like a writer or storyteller, crafting beginnings, middles and ends for their experiences.” Jordan Harper, CTO, iris

Chatbots are programmed to build a conversation in the same way a human would. They are often given a name, gender or personality, to familiarise the interaction, allowing the user to feel like they are chatting to a human rather than a robot.

Below we’ve picked out the key trends behind the changing faces of chatbots, and brought them to life through some of the most creative and effective campaigns. 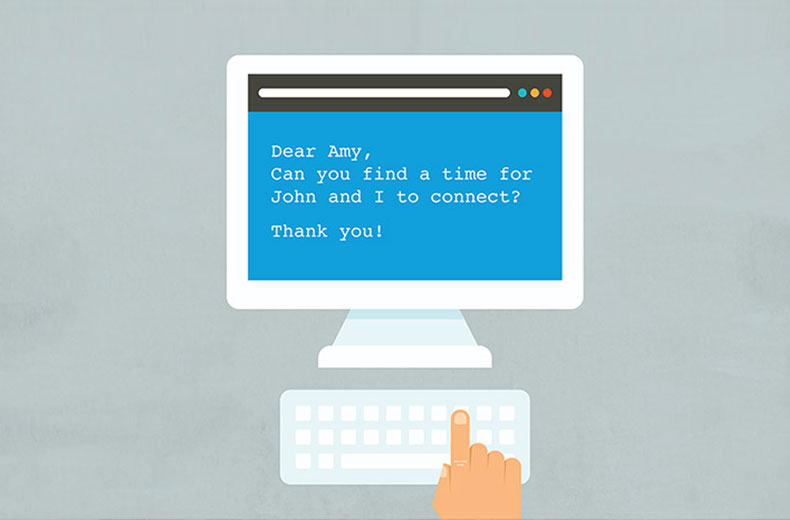 Bots can save both businesses, and their customers, time and effort by eliminating the human element from simple tasks. Pizza Express harnessed this with their booking bot, allowing people to reserve a table within 90 seconds through Facebook Messenger. The bot uses live data to analyse timings and table availability.

“I can see a future where chatbots will be able to streamline work processes at all levels, in all sectors.” John Markham, CTO, RAPP

Inside the office, Amy and Andrew, personal assistant bots developed by x.ai, can help you manage your diary. Simply CC’ing the bot into an ongoing conversation will allow it to orchestrate a meeting. The irony is that, when signing up to the service, you have to confirm that you are, indeed, a human. 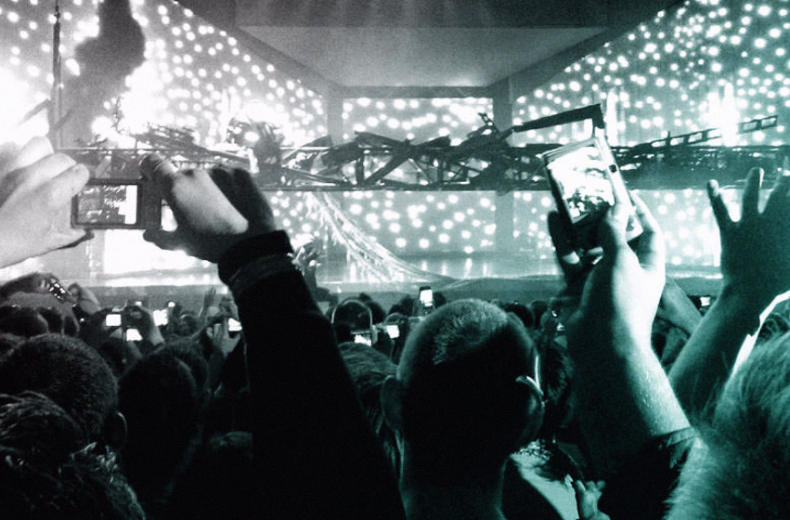 Adding a touch of personality

By giving their bot a level of personality, companies can ensure that its tone of voice matches that of their audience. Cleo is a financial bot, but with added sass. She is a female AI system targeted at younger money savers, providing a clear monetary breakdown with GIFs and easy to understand replies. It is, as the website proclaims, a “friend that takes care of your money”.

B-Reel developed a concierge chatbot for American Express that is integrated with Slack, allowing users to book tickets for their favourite concerts. The bot was developed to mimic the way that the B-Reel team themselves use Slack, resulting in a bot with a chatty personality and familiar tone of voice. 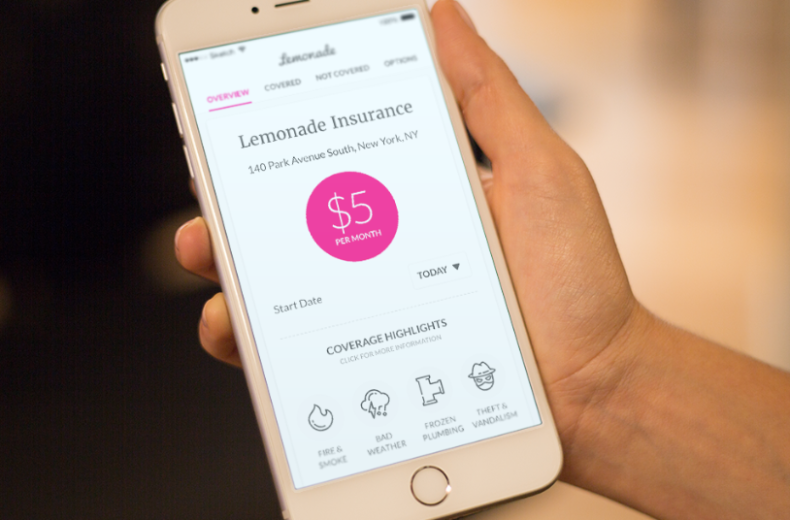 Bots and their human counterparts can work alongside one another to build a more successful service. Babylon is transforming the archaic process of visiting the doctor by creating an on-demand GP service that connects the best doctors with advanced AI. The first part of the diagnosis is conducted by the AI, asking the patient a series of questions and prompting them to submit an image or video if required. This is then certified by a registered doctor, who, through the app, has all the necessary patient information.

“The smartest solutions of the future, will be intelligent enough to know when only another human being can help.” Lawrence Weber, Managing Partner of Innovation, Karmarama

Lemonade is a pioneering insurance app whose process begins by chatting to Maya, the AI bot who crafts the insurance you need. Using their bespoke technology, Lemonade makes the insurance process transparent, allowing claims to often be solved in under five minutes. When the claim gets beyond the point of automation, a person then takes over. Maya is so effective that customers often believe, even once the person steps in, that they are in fact still speaking to the bot. 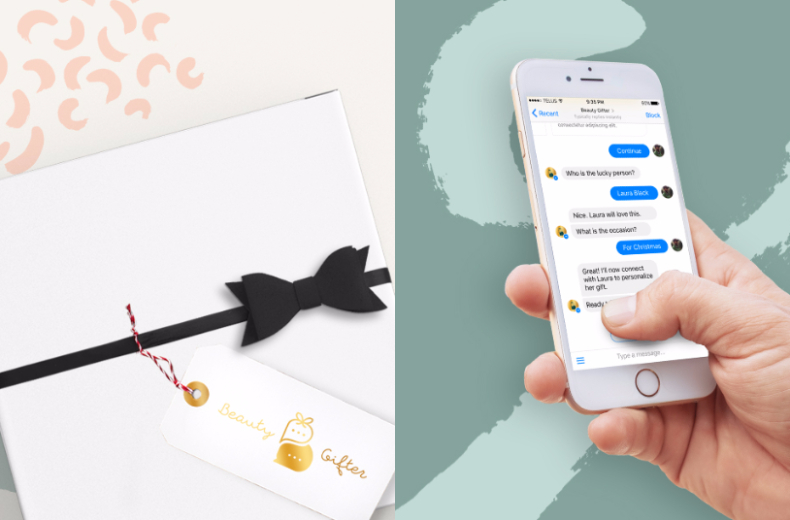 L’Oréal have introduced their Beauty Gifter, a gift-giving bot that operates over Facebook Messenger. It asks the gift giver and recipient a series of questions and, after analysing the answers, replies with a selection of ideas from L’Oreal brands such as The Body Shop and Giorgio Armani. Storing this information makes it easier for customers to return to the app for every gift occasion, thus inspiring loyalty.

Domino’s is a brand which is constantly finding new and creative ways to communicate with their customers. Their delivery bot, Dom, operates on Facebook Messenger, allowing you to order your saved favourites with one word or even an emoji. The bot also has an established sense of humour and an impertinent tone of voice. It is not necessarily the most complex AI but, simple touches like entertaining customers whilst they’re waiting for a delivery, helps build brand awareness and loyalty.

It can be hard to stay committed to quitting smoking, especially in moments of isolation or boredom. To help, OgilvyOne created StopBot to run alongside the Stoptober campaign, giving Facebook Messenger users support when they were trying to quit. The bot offers advice and distraction tips, as well as daily encouragement and inspiration. Users can chat to the bot and treat it as a personal motivator.

Adidas' Women’s London Studio encourages visitors to its website to book classes using a Facebook Messenger bot. The bot addresses you by name and initiates a conversation once a week to tell you about the latest workouts, motivating you to go. Once you’ve booked onto the various classes, the bot will send you a reminder the day before about bringing kit and water, along with the appropriate emoji. So, there are no more excuses.

Shut up and listen. Be a quiet one

The advertising industry may idolise extroverts, but when we stop talking and start listening we can make real progress.