In 2018, the World Cup proved once and for all that, if you want to reach huge audiences around huge global events, you really don’t need to pay rights holders a huge fee to become a sponsor.

They think it’s all over.

And it’s not just the World Cup I’m talking about, as it seems that time’s also up for the traditional sponsorship of major events.

In 2018, the World Cup proved once and for all that, if you want to reach huge audiences around huge global events, you really don’t need to pay rights holders a huge fee to become a sponsor.

Admittedly, brands like Nike, Red Bull and Paddy Power have been successfully engaging sports fans for many years without going down the conventional route of major event sponsorship.

The number of non-sponsors running World Cup related campaigns was at a record high, both on a global and domestic level. Everyone from Wish to Weetabix was at it.

And crucially most of the most memorable campaigns were from non-sponsors. Which is why I believe we have reached a tipping point in sports marketing.

Yes, the World Cup proved more popular than ever before. TV audiences and levels of social media engagement were off the charts. So, you’d think there’d be a queue of top notch global brands at FIFA’s door wanting to be an official part of the world’s biggest party.

But whilst the growth of social media has fuelled record levels of consumer interest around major events it also gives brands who are prepared to back their own marketing prowess a direct route to the consumer that means they no longer need to transact with a rights holder. After all, FIFA may own the rights, but they don’t own the audience.

Brands have also wised up to the fact that traditional sponsorship stifles creativity. The rules and restrictions that come with an official partnership are a turn off.

It’s increasingly proven that it’s better to start with a blank sheet of paper and create a campaign of your own choosing, based on real fan insight that matches commercial and brand objectives.

This inherently challenges marketers to create campaigns that stand out and are truly distinctive. It’s this approach, that relies on creativity rather than sponsorship spend, that is proving most effective in today’s competitive world of sports marketing. As adidas proclaimed from their pitchside advertising boards during the World Cup Final, “Creativity is the answer”. Precisely.

241 million
number of impressions to date

20 million
number of people the #TeamForPirlo hashtag has reached

UberEats may not have been an official partner of the FIFA World Cup 2018, but what it did and still does have is an exclusive delivery partnership with one of the most recognisable World Cup sponsors and global brands of all time: McDonald’s.

It doesn’t take a marketing expert to know that the opportunity for food delivery platforms during a World Cup year is a big one. Particularly given how rapidly the industry has moved on in the last four years and the increasing popularity of dining on your favourite dishes in the comfort of your own home.

But our challenge specifically was to leverage the unique McDelivery service and brand to make UberEats front of mind for punters all over the world getting ready to watch the next game at home or at work, with friends and family.

Part of the struggle for non-partner marketeers is finding an engaging, topical sweet spot that doesn’t rely on the tournament’s IP or multi-million-pound player endorsements that affiliate you with a particular team or country. So, rather than focusing on what was IN the World Cup, our response was to focus on what was OUT of it.

And so, we landed on Italy, a world-renowned footballing nation who failed to qualify for the tournament for the first time in half a century to the shock and dismay of its players and fans. No Italy? No Party. Especially for the World Cup heroes of 2006 for whom it was now just a distant memory.

But not Andrea Pirlo. We took the Italian maestro and World Cup winner under our food delivery wings and tasked fans from all over the world with the challenge of finding him an alternative nation to support this summer as part of the #TeamforPirlo campaign.

UberEats and MCDelivery enlisted the help of football icons from all over the globe to coax Pirlo into supporting their own teams. The content series took off online and was translated into 14 different languages for the relevant markets. We designed our own #TeamforPirlo emoji to accompany the campaign on Twitter and even the CEO of UberEats got involved in the conversation and badgered him to support his home team of Iran.

And it’s been a huge success for UberEats who have had an epic World Cup in terms of sales. There have been more than 241 million impressions and 43 million video views to date. More than 8 million people watched 95% of the video, which is unprecedented. And according to Tweetreach, the #TeamForPirlo hashtag has reached over 20m people. Bellissima. 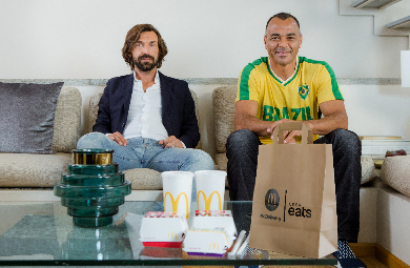 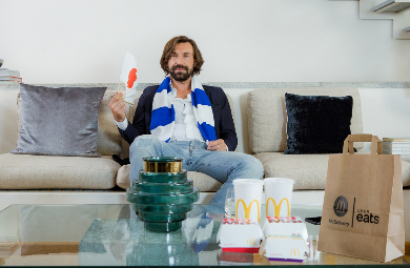 We’re no stranger to risk-taking, particularly when it comes to delivering standout campaigns for betting brands. A year ago, we went to Paddy Power with our bravest idea yet. England football fans are synonymous with the St. George’s Cross and famous for flying it all over the world. So, we plotted to use the host nation’s most iconic animal, a polar bear, as a flag for England, by spray-painting the animal with a bloody-looking red cross in a provocative stunt we called ‘England til I Dye’ to hijack conversation in the build-up to the World Cup. Ballsy? Yes, but Paddy Power has balls of steel and a heart of gold. Which meant there was always going to be more to this stunt than meets the eye. 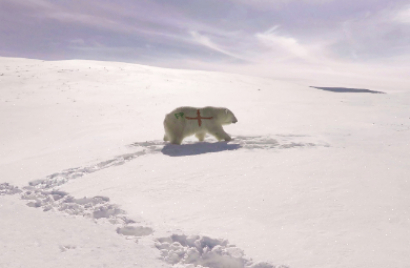 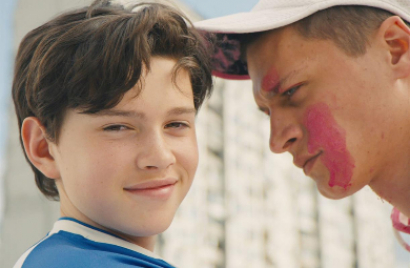 Beats by Dre, 'Made Defiant'

Although not an official partner of the World Cup, Beats has long been synonymous with football and the latest instalment of the ‘Made Defiant’ campaign reaffirmed their place as major players in this tournament. Guy Ritchie directed the film and brought his signature style to the most watched game in the world, bringing together some of football's greatest players as they inspire one young Russian boy to turn obstacle into opportunity. Narrated by Paul Anderson, of “Peaky Blinders” fame, the film begins in Russia before traveling around the world and then returning to the play-park where it all began. As Beats’ retained communications agency, Pitch were proud to be involved in the launch and distribution of this content. It’s had 17 million views on YouTube to date and it’s no surprise why.

Henry launched Pitch in 2002 with a belief that for brands to pitch to consumers in an increasingly cluttered world they need to be authentically involved in things that people love, such as sport or entertainment. He believed that by being culturally relevant, brands could stand out from their competitors, and be distinctive. He has since built Pitch into a pioneering and award-winning marketing agency that has created campaigns for some of the world's best consumer brands, sports properties and media organisations. Henry maintains as much passion and enthusiasm for the business today as he did when he started the agency.