Advertising needs to focus on the process of ageing, on the person who is ageing, turning their lives into a journey of celebration rather than a sequence of ages to be ticked off.

In The Groove, a lifestyle destination for age-defying women

“Age has no reality except in the physical world. The essence of a human being is resistant to the passage of time.” So says Gabriel Garcia Marquez in his novel Love in the Time of Cholera. And he’s right of course.

Humanity has been obsessed with youth since time immemorial, as our society imparts a fear of ageing. Yet even as we age, year on year, our internal spirit stays the same.

But what if we celebrated getting old? In Korea, people throw parties on their 60th and 70th birthdays to celebrate their transition into old age. While in Greek, Indian and Native American cultures, old age is a sign of wisdom, something to be revered and respected.

It’s something that Western cultures often forget as we are repeatedly told that our ageing population is a drain on resources at detriment to the younger generations. Indeed by 2040, one in seven people in the UK will be over 75, according to a report released by the Government Office for Science.

So, why is so much of advertising ignoring this market and their lifestyle? A common portrayal of old people in advertising simply perpetuates the stereotypes of either attractive couple in beautiful setting or doddery caricature. The ads focus on the age not the individual.

78% of those aged 50 or over feel under-represented by advertising, according to research done by Gransnet and Mumsnet. And this is the age group with more disposable income than any other.

There is a cultural bias against ageing and the aged as advertising continually focuses on the beauty of youth as well as being an industry that employs majority young people. This is something that Cindy Gallop, proudly aged 58, wants to change through her messaging and Twitter account @DisruptAging. Gallop is on a mission to encourage other advertising professionals to #sayyourage and in turn, to own it. Creative Equals are doing the same with their Returnships, designed to get mature creatives back into the industry after any sort of life break.

Advertising needs to focus on the process of ageing, on the person who is ageing, turning their lives into a journey of celebration rather than a sequence of ages to be ticked off. The brands below are changing the message and shining a spotlight on those often side-lined individuals.

Oh no don’t pluck it! You’ll have a hundred growing back in its place by morning and you wouldn’t want that would you? Sounds like familiar advice? This is the commonly shouted statement upon finding your first (and second and third) grey hair.

The discovery is a negative one, of course, because it implies you’re getting old, which is of course a terrible occurrence.

Haygarth worked with Clairol to transform the conversation around grey hair into one of celebration and acceptance. The campaign, Face Your First, aims to turn the idea of ageing into something positive and joyous.

Traditionally, women with grey hair have been seen as old, moved to feel ashamed if those grey hairs that appear early on in their lives. Whereas a man’s grey hair allows him to be rugged, in a salt and peppery, good kind of way.

The ad shows many firsts in life, from riding a bike to losing a tooth and then finding those stray hairs. The aim of the campaign is to move away from the societal shame that is so wrapped up with having grey hair.

Face Your First both celebrates and highlights personal choice. As the video concludes, Colour it, don’t colour it, but always own it. 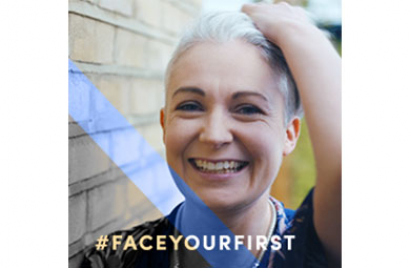 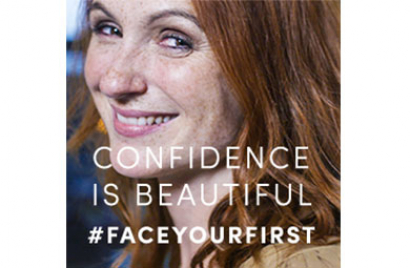 We can all relate to a disastrous work story. A presentation goes wrong which is humiliating at the time but hilarious in retrospect. It’s this feeling that Maltesers and AMV BBDO captured in their latest ad, Powerpoint. The light-hearted slot features older, working women talking about going through the menopause, illustrated through horror work tale which sees hot flushes and an awkward, accidental flashing. It focuses on those women who are often invisible in advertising. Maltesers partnered with Age UK to consult on the campaign as well as pulling together focus groups with real women whose stories are the inspiration behind the ad. 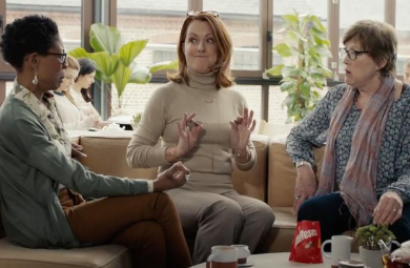 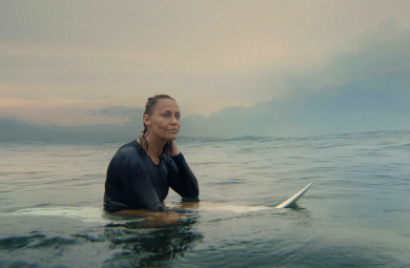 Ride the Wave with Boots No 7

Boots No 7’s latest ad from Mother London celebrates Lisa Andersen, the four time world champion surfer who, along with being welcomed into the Surfer’s Hall of Fame, has also been named one of Sports Illustrated 100 Greatest Sportswomen. We see Andersen summiting a towering wave and then surfing its peak. Although The Wave is an ad for age-defying serums, the focus is on Andersen’s endeavours as a sportswoman. As the 49-year-old says, “I face many challenges every day. Age is not one of them.”