Driving societal change is a huge task. Your insight must ring true, a mission and strategic direction must be established, and you must be brave and prepared to weather the storm. And I strongly believe that communicators have the power, and skills, to do this.

A simple fact of life for half the people on Earth, menstrual periods are ignored by mainstream media and absent in the depiction of female characters in TV and film.

Murder, fights, surgical operations in all their bloody glory are allowed on entertainment screens in nearly every channel and medium. Yet when it comes to period blood, censorship is in order.

Even feminine hygiene brands use an artificial blue liquid in product demonstrations. These restrictions have allowed taboos to thrive. It’s no surprise then that 90% of women attempt to hide their period, 42% of women have been period-shamed, and 56% of global teens say they’d rather be bullied than talk to their parents about their periods.

In our survey of over 10,000 people, half said that they believed there is a stigma attached to periods, ranking them as a taboo (34%) over and above mental health problems (33%) and the gender pay gap (25%). Over a third of those polled (37%) revealed they wouldn’t want anyone knowing when they are on their period, while over half of women (52%) in the workplace would rather ask their boss for a pay rise than admit they are on their period in the office.

Libresse wanted to publicly challenge and break the silence on behalf of women everywhere. Bearing the motto, ‘Live Fearless’, Libresse encourages women to be true to themselves and overcome self-doubt and insecurities.

The brand’s communication goals were equally ambitious: boost brand equity levels, positive perceptions and affinity to the brand among women.

Enough was enough. The only way to make periods normal was by showing them as normal.

Ketchum and AMV BBDO partnered seamlessly on #bloodnormal, the first ever ad campaign to show period blood in popular culture, to overcome the many challenges that are met with driving societal change.

Through an online film created by AMV BBDO, Libresse boldly showed period blood for the first time. Libresse collaborated with fashion bloggers, models, artists, dancers, comedians and other cultural influencers to incorporate menstrual periods into their work. They became part of “#bloodnormal,” the short film depicting periods with unprecedented candor and honesty.

In a taboo-busting first, we turned the infamous blue liquid into period-blood red and showed period blood on film. We showed period pain, intimacy and included men in the conversation.

It wasn’t easy. From a communications point of view, we had to carefully craft and test messaging ensuring the sensitive topic was well received. We approached key stakeholders including potentially unreceptive male journalists. We synchronized media exclusives and branded social platforms for the global media launch and managed conversations on all fronts. Post-launch PR activations used designer underwear, a graphic novel, playful GIFs, school workshops, and even hate mail to drive conversation and coverage.

Overall, #bloodnormal received a 72% positive response, with women and men taking up the debate on social media and answering critics. 80% of women across five countries “liked or loved” the film, with a majority declaring feeling understood, inspired or moved, and 83% feeling more likely to recommend the brand. In another survey, 65% wanted to buy the brand and had a better opinion of it, upon watching the film.

The story of #bloodnormal is a story of courage. We are lucky to have brave clients in Libresse. They have a strong brand purpose and aren’t afraid to push the boundaries. At every corner, they were willing to keep pushing the needle to truly communicate their brand purpose: breaking the taboos that hold women back.

Brands that are truly purpose-led have to be courageous and the communicators telling their stories to hard to reach audiences must be even more courageous. Only then, will marketing communications be able to shift the dial and create real positive change in society. 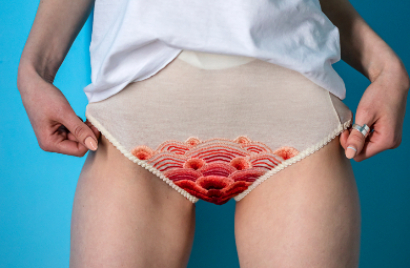 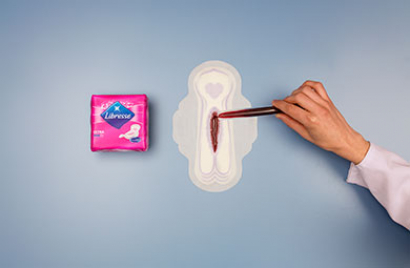 Alex leads as one of Ketchum’s influencer experts, creating earned and paid strategies for clients including Samsung and Olay. She was the communications lead on Libresse’s #bloodnormal, recently winning Titanium and Glass Grand Prix at Cannes.