Game On: A marketers guide to livestreaming and social gaming

We Are Social provides a masterclass in how brands can capitalise on the power of social gaming.

Lore Oxford and John Crozier, We Are Social

With an estimated four billion gamers on the planet, the biggest social platform in the world right now is gaming. That statistic probably generates one of two reactions among readers. The first: ‘well of course it is’. The second: ‘I know what gaming is, but social gaming?’

For marketers who fall into the second category, We Are Social’s new global webinar series Game On provides a primer for brands. By exploring the biggest commercial opportunities for non-gaming brands which are looking to get into gaming. For while every marketer knows that gaming is a huge opportunity, knowing what to do with that opportunity is another matter entirely.

Lore Oxford, We Are Social’s Global Head of Cultural Insights, and John Crozier, Business Development Director at the agency provided brands with that action-orientated know-how in its webinar. Which also included  Fabien Gaëtan, Head of Gaming and Social Entertainment at We Are Social Paris. As well as insight American academic T.L. Taylor, a sociologist who specialises in researching the culture of gaming and online communities, particularly esports and livestreaming.

Where do I start?

To answer this question Oxford and Crozier believe it’s important to know why people enjoy watching gaming online. Knowing the categories of games streamed is key to understanding the audiences and in Game On, We Are Social has identified six categories.

These range from the games where thousands of players participate at the same time in the same world, known as MMOs (massively multiplayer online game) – Grand Theft Auto (GTA) is one example of this – to strategy games like chess, which is becoming increasingly popular among social gaming viewers.

Once the different kinds of games are understood, the reasons people enjoy watching them emerge, from the thrill of watching a chess master at the height of their powers to the social creativity of MMOs, where players connect with people all over the world and build storylines together.

“There’s no one size fits all answer to this,” explained Crozier. “Each game can have a different artistic approach, narrative, gameplay or strategy. Even within types they can vary wildly. And they provide a variety of emotional experiences for viewers.”

As for where these audiences are, Twitch is the biggest platform at the moment – reflected in its current market valuation of $5 billion. Facebook and YouTube are also popular and working on how to increase their share; then there are challengers, which are carving out their own niches.

“On the surface, it could be argued that there’s little to differentiate the major platforms,” said Crozier, “but looking at title popularity across platforms tells us that different types of titles thrive on different platforms.”

What creators should I know about?

Oxford believes that for brands looking at getting involved in social gaming, understanding creators is more important than which platforms they use. “In a space that’s dictated by interactivity, the most powerful and engaged communities are formed around creators.”

To help understand the ‘who’ of gaming, We Are Social has come up with a chart to plot players, identifying four kinds of creator.

Along the X axis is the range of games people play, from one-title streamers to variety streamers. The Y axis defines how gamers play, from professionals to players.

As with the different kinds of games, understanding types of creators reveals why people watch them – everything from the desire to see the perfect play or reliable game recommendations. “Ambient sociality” also drives people to tune into livestreams. “This is much like people might use television or radio to provide a bit of background noise,” said Crozier.

Then there’s the diversion watching gaming provides. “Sometimes you watch a stream because you love the broadcaster as an entertainer. It’s the specificity of seeing them play that’s fun,” T.L. Taylor has said.

Of the four categories, Crozier says Entertainers – Valkyrae is a good example – have the most in common with traditional influencers, while specialists include the elite players, a figure like TSM_Bjergsen could be seen as the Cristiano Ronaldo of esports.

Gaming is what social platforms were a decade ago, in terms of community building and relationships between people and brands,

Lore Oxford, Global Head of Cultural Insights, We Are Social

Where are the biggest opportunities for brands?

Oxford revealed there two key areas for brands to get involved, which We Are Social define as Cultural Truths and Cultural Tensions.

Cultural Truths, broadly speaking, covers the more reliable tendencies of mainstreaming gaming culture – things like interactivity is what creates popularity; and that gamers love to champion underdogs. Understanding these gives clues as to how brands can be relevant. One example from We Are Social which successfully tapped into the underdog support is its  #bringit campaign for Uber Eats. As for interaction? “It’s hard to think of a better example of this than KFC Spain’s work on GTA5 server Marbella Vice,” Oxford added.

Cultural Tensions looks beyond the mainstream to emergent value systems. The opportunity here is for brands which are more willing to be disruptive and wanting to create relevance among diverse communities, who are rarely targeted in gaming. Brands which embrace diversity and elevate marginalised voices can succeed here, like Epic Games did with its ‘We The People’ strategy. Recognising the importance of mental health – important in an area where creator burnout is a huge problem – is another. Lore cited pain relief brand Excedrin, with its mindful gaming campaign, as an interesting example.

The webinar wrapped up with a rallying call for brands to recognise the potential rewards for getting involved now.

“Gaming is what social platforms were a decade ago, in terms of community building and relationships between people and brands,” said Oxford. “We live in this world and we’re moving social marketing forward through gaming.”

A world which demands that brands don’t simply see gaming as an opportunity to watch; but a movement to act on and be creative within. 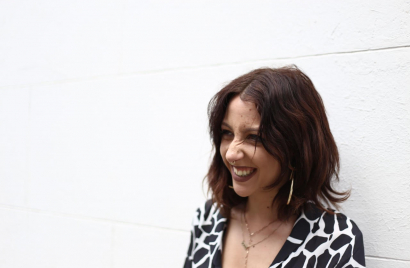 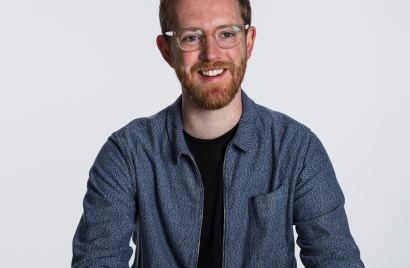 Lore Oxford and John Crozier, We Are Social

Lore combines academic research methods with a digital-first approach to understand and track culture on a global scale. Her work is designed to unearth cutting edge insights that drive cultural impact for multinational brands including Guinness, Bumble, adidas and Instagram. When she’s not busy analysing her fellow humans, she can be found defending TikTokers and the art of the selfie from contemporary culture snobs. John joined We Are Social in 2012 to work on the adidas account in client services. Over the last 6.5 years he has led projects for brands including adidas, Audi, PlayStation, Activision, PepsiCo, Mastercard and YouTube. A sport specialist, he believes in the power of sport and social to deliver exceptional results and award winning campaigns

“Our economy does not represent us, and that needs to change.”