Leo Burnett Italy's Milan-born Executive Creative Director tells us about the city's contrasting architecture, how the agency turned a tram stop into a McDonald's delivery shelter and of course, where to find the best Italian food.

Just like Italian advertising, I was born in Milan. It was primarily here that pioneers of Italian communication opened the first agencies in the 60s, places teeming with a spirit of adventure, the ability to improvise, and an open-mindedness towards new things flowing through the streets and seasons of this city.

Milan is not the most beautiful city in Italy, at least according to classic standards of beauty. But let’s put ourselves in its shoes for a moment. If you have to compete with the beauty of cities like Rome, Florence or Venice, more established, ostentatious stunners, you have to find your own way of being beautiful. And Milan found it. Exactly four years ago, in the summer of 2015. EXPO 2015 gave Milan the occasion to get back into shape, enhance its most charming features and show them to the whole world.

Today, Milan is a beautiful city to live in, walk through and work in. A city in which the antique charm of noble palaces is flanked by modern skyscrapers designed by superstar architects. A city that inaugurates new parks and pedestrian zones each year. It’s a city exploding with internationality that peaks during Design Week, but also maintains a certain level of it throughout the year.

In order to understand Milan, just think that it is the Italian capital not only of creativity but also of finance. And go see how these two worlds meet, physically, in a central square of the city, where a giant marble middle finger confronts the majestic entrance of the Italian Stock Exchange.

To launch McDonald’s delivery service, we took advantage of a very important moment in the city’s calendar: Milan Fashion Week. During this hectic week, people who work in the industry have very little time to eat. That’s why we built a special McDonald’s branded tram stop from which it was possible to order your meal and receive it there before the tram arrived. Experiencing all the quality and service of McDonald’s in one go. 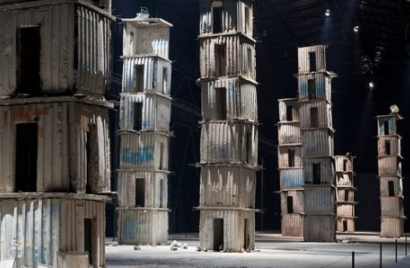 There’s a place far from the classic city landmarks that is a must visit in Milan: Hangar Bicocca. Situated in the northern outskirts of the city, Hangar Bicocca is an ex-factory transformed into a huge exposition ground, home to temporary exhibitions but also monumental permanent installations like The Seven Heavenly Palaces by Anselm Kiefer. Walking among these gigantic structures that seem to belong in another era and another world is a profoundly touching experience, mystical and intensely moving that I would recommend to anyone visiting the city.

For the European launch of FIAT 500X, and particularly to underline all the futuristic features of the car, we shot a commercial about time travel. A story enriched with an exceptional cameo appearance: Doc, the scientist from Back to the Future. Accompanied by the legendary movie soundtrack, a couple finds itself transported from the 60s to our world today. Here, they not only enjoy all the technology of the new Fiat 500X, they also discover that traveling through time always has unexpected consequences.

There is no better place than Italy when it comes to eating well. And in no other place in Italy can you eat as well as in Milan. The choice of restaurants, trattorias, and bars is truly unique. If I have to choose one place that really deserves the success it’s had in these past years, I think of Trippa. A reinterpretation of the classic Milanese pub that serves high quality traditional cuisine in an informal, but refined context. The quality and the selection of food raw materials really makes a difference in transforming Lombard and Piedmont dishes in a unique experience for the palate. It’s a bit like savoring your grandma’s dishes, provided your grandma was an awarded chef, who trained at Michelin star restaurants and can count on the best suppliers in Italy. 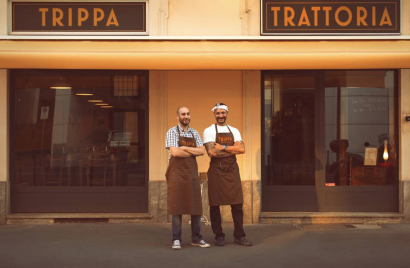 To celebrate 50 years of the Big Mac, McDonald’s most iconic hamburger, we organized a huge treasure hunt involving and uniting all Italians. We split the image of legendary hamburger in 50 pieces and scattered them in various formats and sizes throughout the country. Italians were invited to find them using hints on the McDonald’s app and unite them using Instagram. Only by completing the image of the Big Mac did it give them the possibility to get it for 50 cents. The initiative was a huge success. In fact, in that time period the McDonald’s app was the most downloaded app, surpassing Instagram and WhatsApp.

Lorenzo Crespi started working in advertising in 2002 at DDB Milan. In the following years, he worked for DLV Bbdo, Armando Testa and Euro RSCG, Havas Milano, where as Creative Director he played a key role in innovating the agency's work approach by developing communication projects that combine classical, social and digital skills with the media and PR. He has won numerous national and international awards, such as Eurobest, Epica, ADCI, ADCE, Mobius, New York Festival, and four Lions at the Cannes Film Festival. From April 2018 together with Selmi Barissever, Lorenzo has been the Executive Creative Director of Leo Burnett Italy.

To try and help people navigate the distancing guidelines, We Are Social developed Snap Safe, a Snapchat AR lens that helps people to stay two metres apart, in response to the United Nation's 'Call to Creatives'.

UK Out of Home thanks key workers from a ‘Grateful Britain’

A campaign such as this not only demonstrates the power of brilliant, hard-hitting, attention-grabbing copy, but also what can happen when businesses who would ordinarily be competitors come together to collaborate.

ITV share messages of love and support to encourage #BritainGetTalking

As ITV's ongoing campaign demonstrates, there is power in talking, in sharing how you feel, and in a media channel using their resources to promote a powerful message.

Impero’s Zoom-hosted event, Inside a Killer Launch, explored how brands can be distinctive in a saturated market and most importantly, what makes a great brand?

“There is no shortage of female talent in the creative industries”

From the growth of the squiggly career to the rise of the introvert, this year’s WACL Future Leaders Award judges reveal the barriers and bright spots facing women in the creative industries.