By literally stopping viewers in their tracks, Out of Home has huge potential to work alongside TV for its watercooler moments, says Luke Willbourn, Chief Client Officer at Talon Outdoor

We’ve all heard of FOMO – the fear of missing out – but what about DOMO? Coined by me only a few seconds ago, DOMO refers to ‘danger of missing out’ and that’s what today’s TV audiences are likely to suffer if they’re not alerted to the wealth of fantastic shows and dramas that are out there, just waiting for the watercooler moment.

Even with clever algorithms picking out tailored viewing suggestions and newspaper columnists touting the next big thing, the creators of great TV shows need to find some striking ways to stand out if they’re going to get eyeballs on their prize. More than a quarter of British adults say they won’t watch linear TV again. They can get all their televisual needs from the streaming services, and don’t have the time or the inclination to wade through the TV listings looking for inspiration.

This is where Out of Home (OOH) really comes into its own. Audiences want to be moved and inspired by impactful creative, and advertising on Out of Home can do just that. What’s more, in a world where audiences are easily distracted, strong and engaging OOH creative has the capacity to command attention. OOH is the biggest, most impactful broadcast media channel there is, and it’s not just because today’s OOH can grab the attention of hard-to-reach audiences with contextual, dynamic campaigns – although that’s a fantastic option for brands. It’s because OOH has the unparalleled ability to bring the viewer right into the experience. Today’s OOH is breaking the fourth wall in any number of new and imaginative ways.

Let’s take Channel 4’s Married at First Sight UK, for example. Due to its unconventional approach to dating shows, MAFSUK captured the nation’s attention from the get-go. But to keep it, it had to amp up the ‘talkability’. What better way to do it than bring viewers into the MAFSUK universe.

In a world where audiences are easily distracted, strong and engaging OOH creative has the capacity to command attention

The team from 4Creative and Grand Visual, Talon, OMD UK and Ann Squared Events created a special OOH installation in the Liverpool One shopping centre over the August bank holiday to generate buzz around the launch event. The installation was a backdrop featuring all the essential cast of a full-bore British wedding – right down to the sobbing mother-in-law. Fans and future fans could have their picture taken in front of the billboard, recreating their own MAFSUK moment. That, and the chance to win fifty quid for their first post-MAFSUK date.

The MAFSUK campaign is just one example of Channel 4 not being afraid to do something different and really engage viewers in its shows. OOH is a vital tool when it comes to showing its commitment to making its viewers part of the Channel 4 community.

Pride began as a celebration of a marginalised community but today it is the national and international event that it was born to be. However, there is a certain perception that, since it hit the big time, the major metropolises are where you have to be if you want to be a part of the action. Channel 4 used national OOH to celebrate the smaller towns, going everywhere but the big cities in fact, to show that wherever you live and wherever you come from, you can be whoever you want to be.

Going small meant getting creative. Not every market town has a socking great billboard. Flyposters, digivans and even a barge got in on the act, getting right in – as the campaign managers put it – to the UK’s nooks and crannies.

OOH isn’t just a way to grab the attention on the way to the bus stop or idling at a roundabout. Partnered with a killer TV show and thinking outside the poster, OOH can become a real cultural event.

For the final season of serial killer cult serial, Killing Eve, Liverpool One once again had a starring role. This time, the show took over a whole street, with a shop front featuring its iconic costumes (many would argue the fashion was a main character all on its own).

The campaign attracted nearly 825,000 views on TikTok and 1.4m potential impressions on Twitter. That’s pretty par for the course when you stage an attention-grabbing, footstep-stopping OOH campaign. It’s what happened next that was a real money can’t buy moment. When the show ended, fans started spontaneously leaving flowers outside the installation. One became a few, which became many which, eventually, became a movement with a GoFundMe page setup to buy flowers on behalf of fans overseas.

The world may truly be in the palm of the viewer’s hand, but there’s nothing like OOH to expand your viewing pleasure. 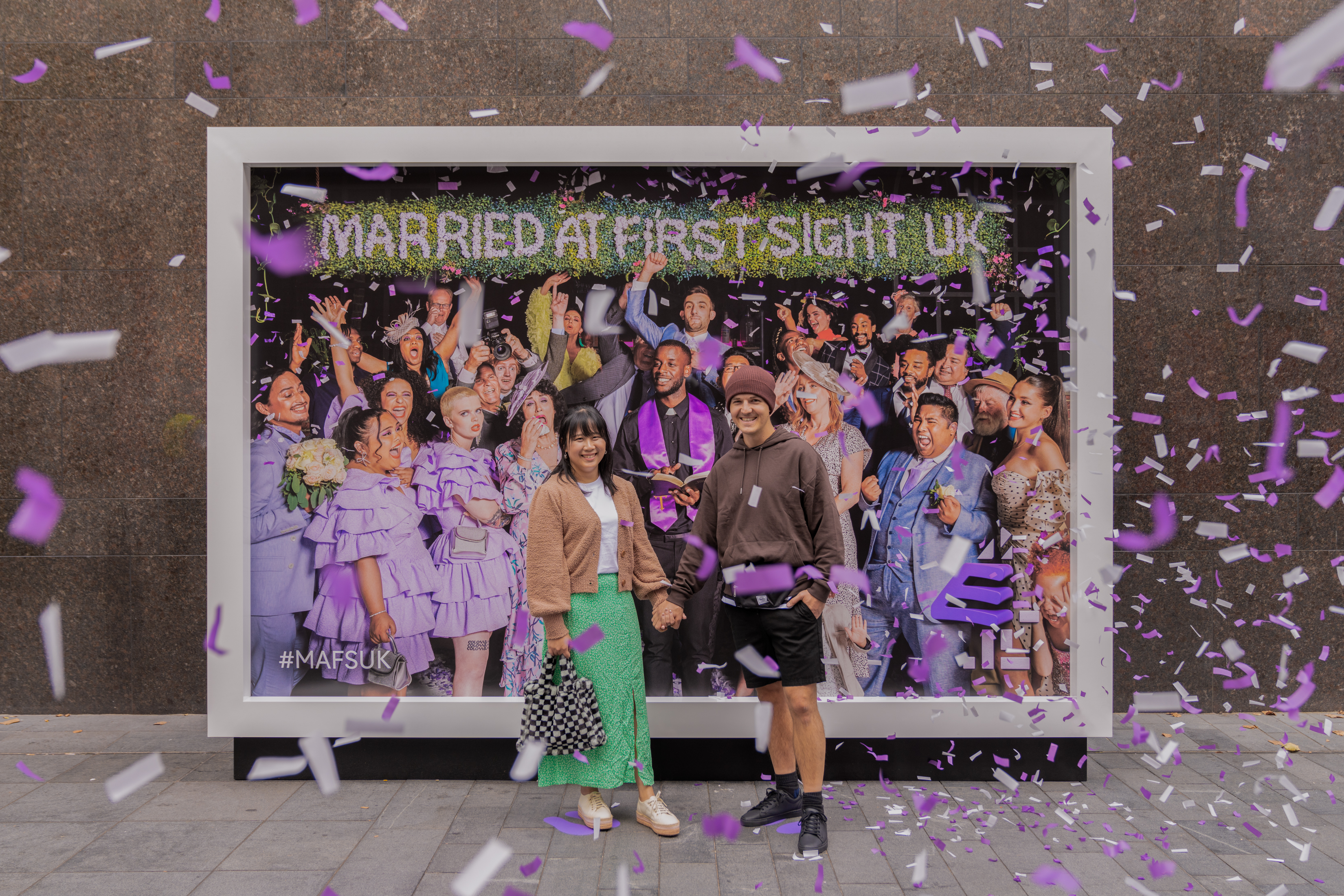 Luke has 20 years of OOH experience, joining Talon in 2014 to lead several agency accounts and promoted to Chief Client Officer in 2019. As CCO, Luke is a key part of the UK Management team, oversees the Planning Team, and is responsible for ensuring Talon’s agencies and clients take full advantage of the OOH opportunities on offer. Prior to joining Talon, Luke ran the agency and direct client teams at Kinetic.

TV out of home Advertising/Creative